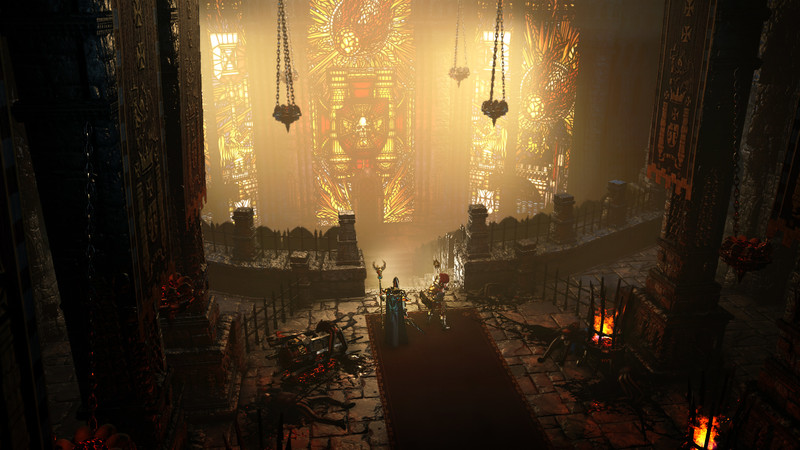 “Keep your eyes on this one, because it’s one quality Action RPG” – Entertainment Buddha

In a world ravaged by war and dominated by magic, you are the last hope for the Empire of Man against the Chaos hordes. Playing solo or with up to 4 in local or online co-op, choose a hero from 4 character classes with unique and complementary skills, and prepare for epic battles wielding some of the most powerful artefacts of the Old World.

• THE FIRST HACK AND SLASH set in the Warhammer Fantasy world, told through an all-new story written by Mike Lee (a Black Library author) and featuring a soundtrack composed by Chance Thomas.

• FEROCIOUS BATTLES: from the sewers of Nuln to the ruined streets of Praag, fight your way through monster hordes using over 180 different powers. Activate your bloodlust, a devastating skill, to escape the most perilous situations.

• 4 CHARACTER CLASSES, each with unique skills and customisation: a soldier of the Empire who can take heavy damage, a Dwarf specialising in melee combat, a High Elf who deals ranged damage by manipulating magic or a Wood Elf who lays deadly traps and wields the bow like no other!

• AN XXL BESTIARY with over 70 monsters aligned with the Chaos Gods and unique bosses. Battle Nurgle's minions, Khorne's spawn and waves of other vile creatures!

• OPTIMIZED FOR CO-OP: solo or with up to 4 players, local or online, the class synergy and interface have been designed for co-op. Combine different skills and powers to create even more devastating effects.

• HIGH REPLAY VALUE: Story mode, a boss rush mode, countless dungeons and regular updates offer a rich and varied gaming experience. And with 10 difficulty levels, you can find the right challenge to test your abilities. 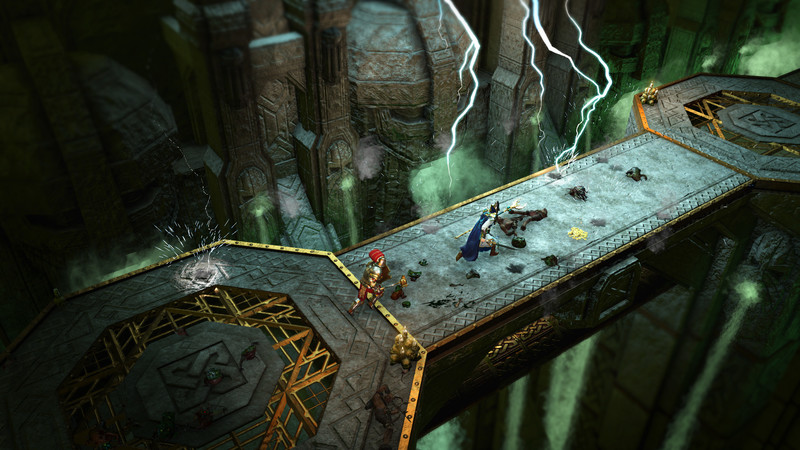 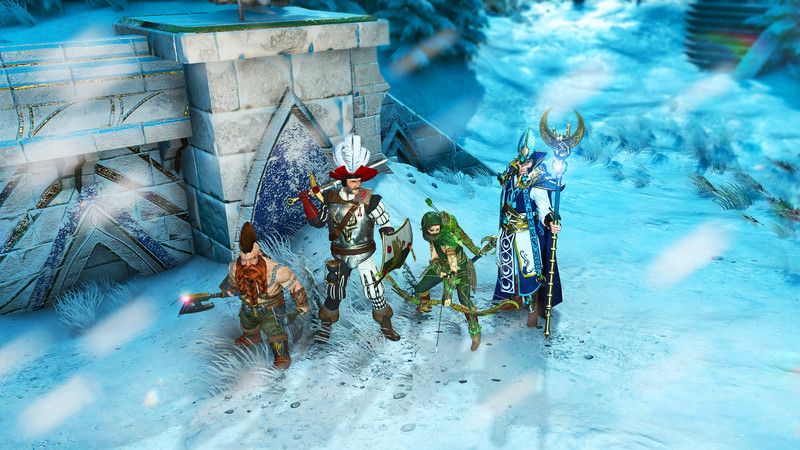 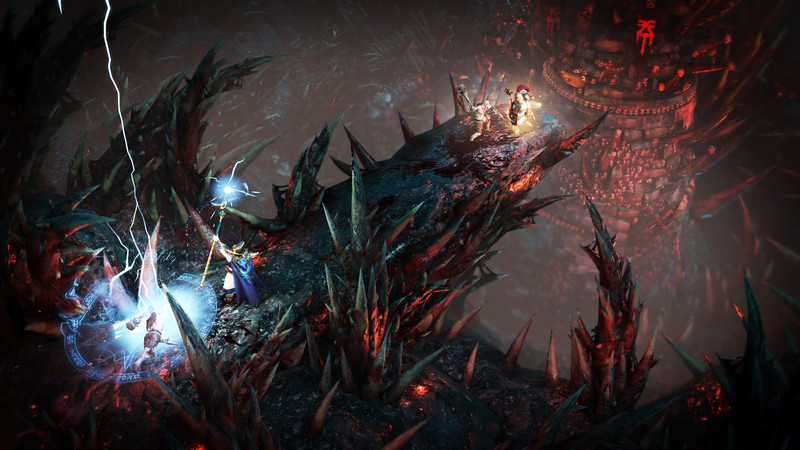 End Game + Season Pass Information:
Just wanted to give a little more clarity for what you can expect from the end-game and some of our plans for post-launch with Chaosbane. We're still working on a video which will go into a little more detail about these systems (looking to have that out next week), so I can't go into full detail, though I'll try and collate everything that we've been talking about and sharing over the last few weeks. 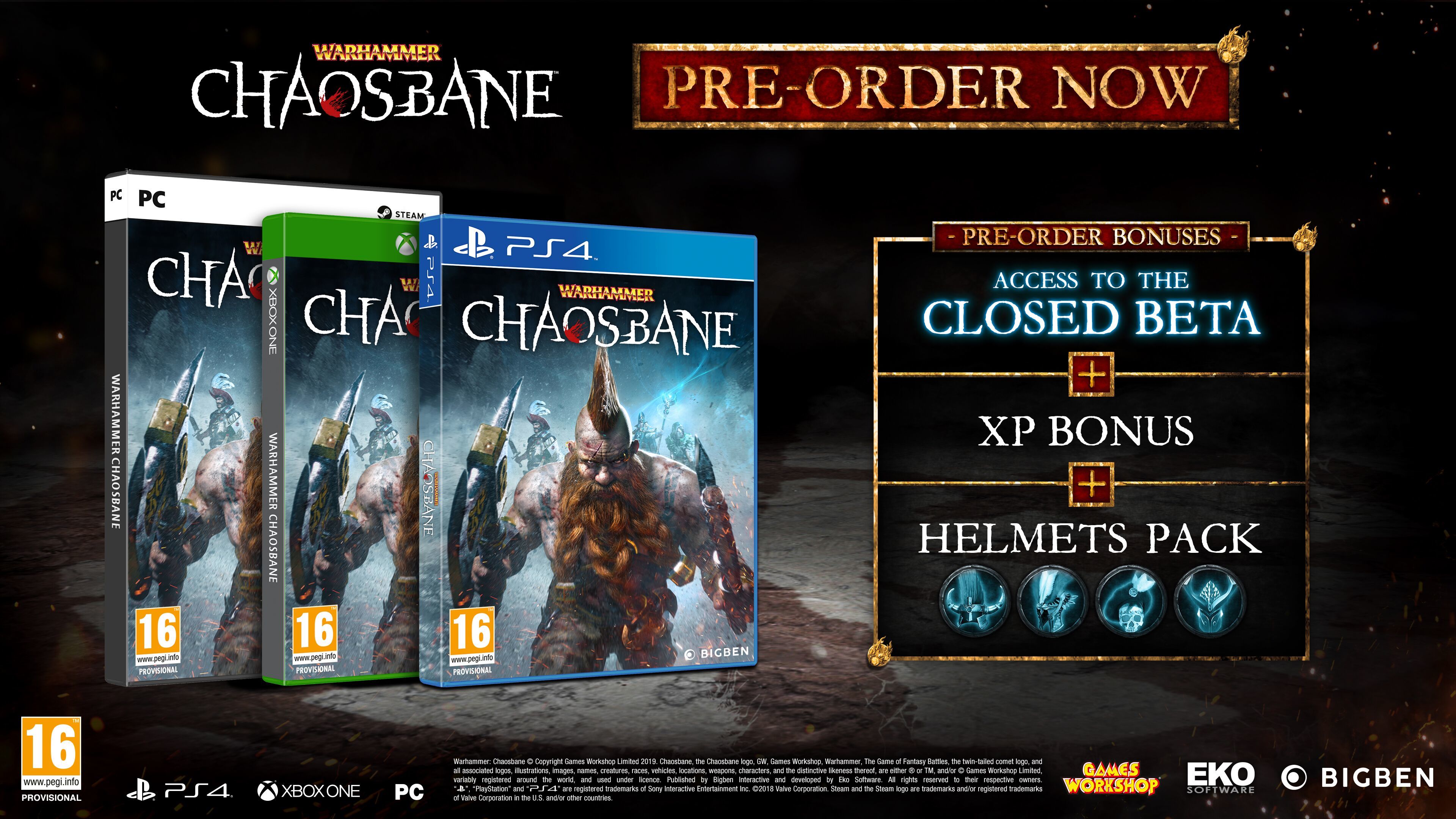 Gather your party and prepare to battle across the Old World when Warhammer: Chaosbane comes to Steam on June 4th.

Check out the pre-order trailer.

Pre-orders will include access to two beta phases, the first is set for March, with the second following a month later in April. The beta will allow players to experience the start of the campaign and provide their feedback to the dev team.

Please Note: There will be a delay in pre-orders going live on Steam due to how pre-orders interact with the deployment of a beta phase. We'll let you know as soon as pre-orders are live. 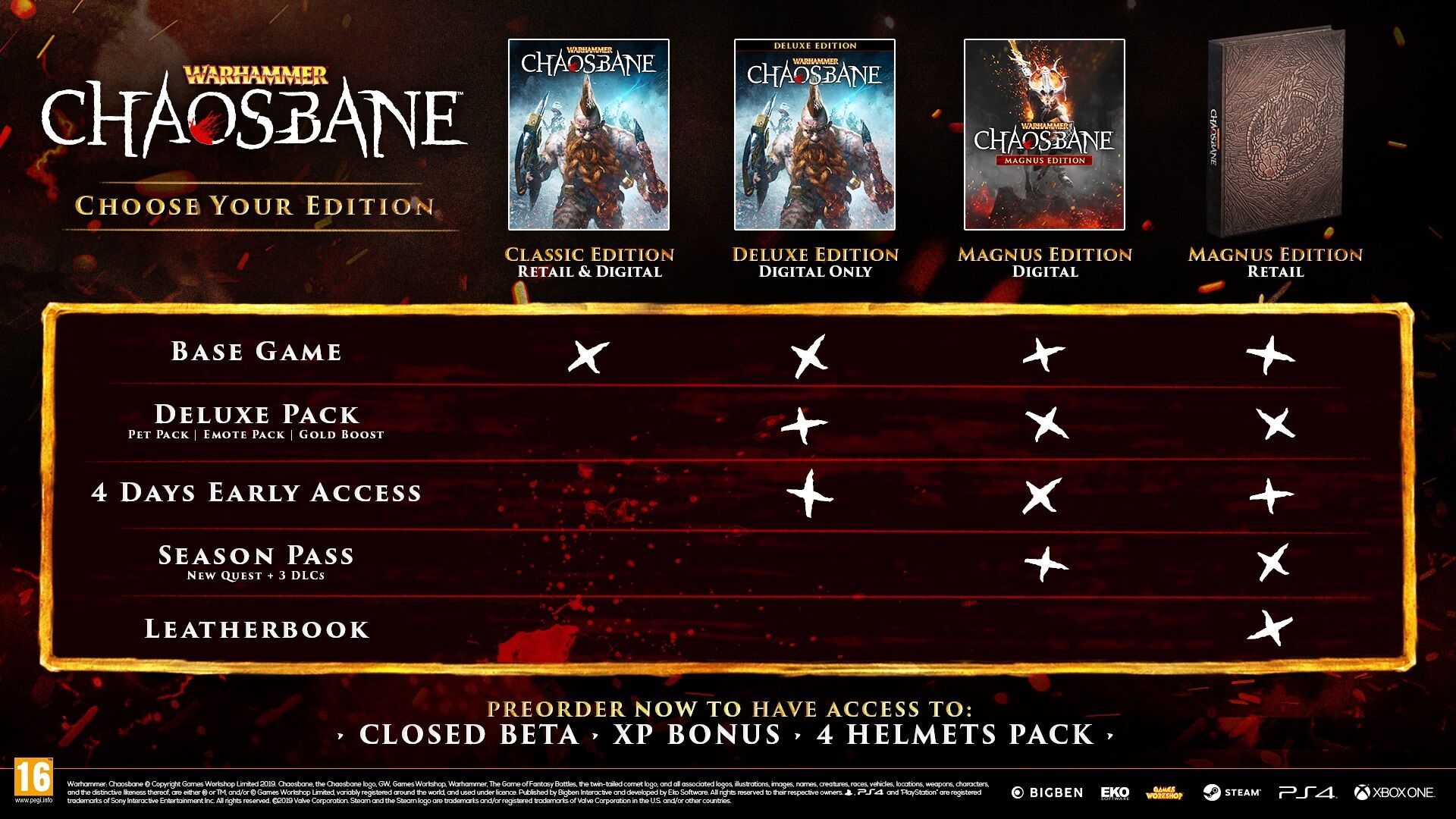 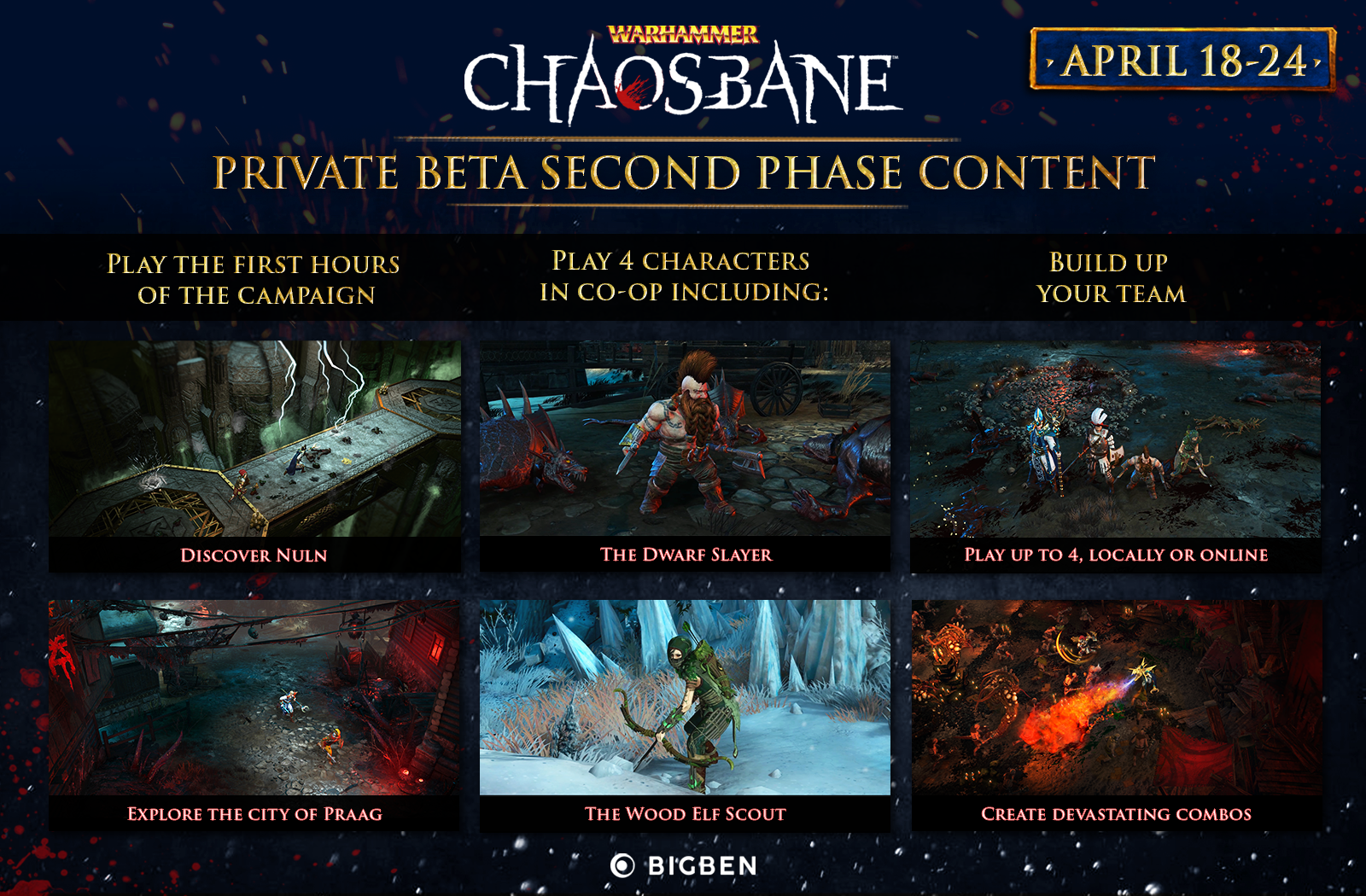 The second beta for Warhammer: Chaosbane will start on the 18th of April. You can pre-load from today, though it will not be available until the start time tomorrow (see below for exact timings).

Beta 2 will take players from the sewers of Nuln (which have seen a revamp since the first Beta) to the streets of Praag. Additionally, you'll also be able to play as the Dwarf Slayer and the Wood Elf Waywatcher.

Grab some friends and prepare for battle in Chaosbane. 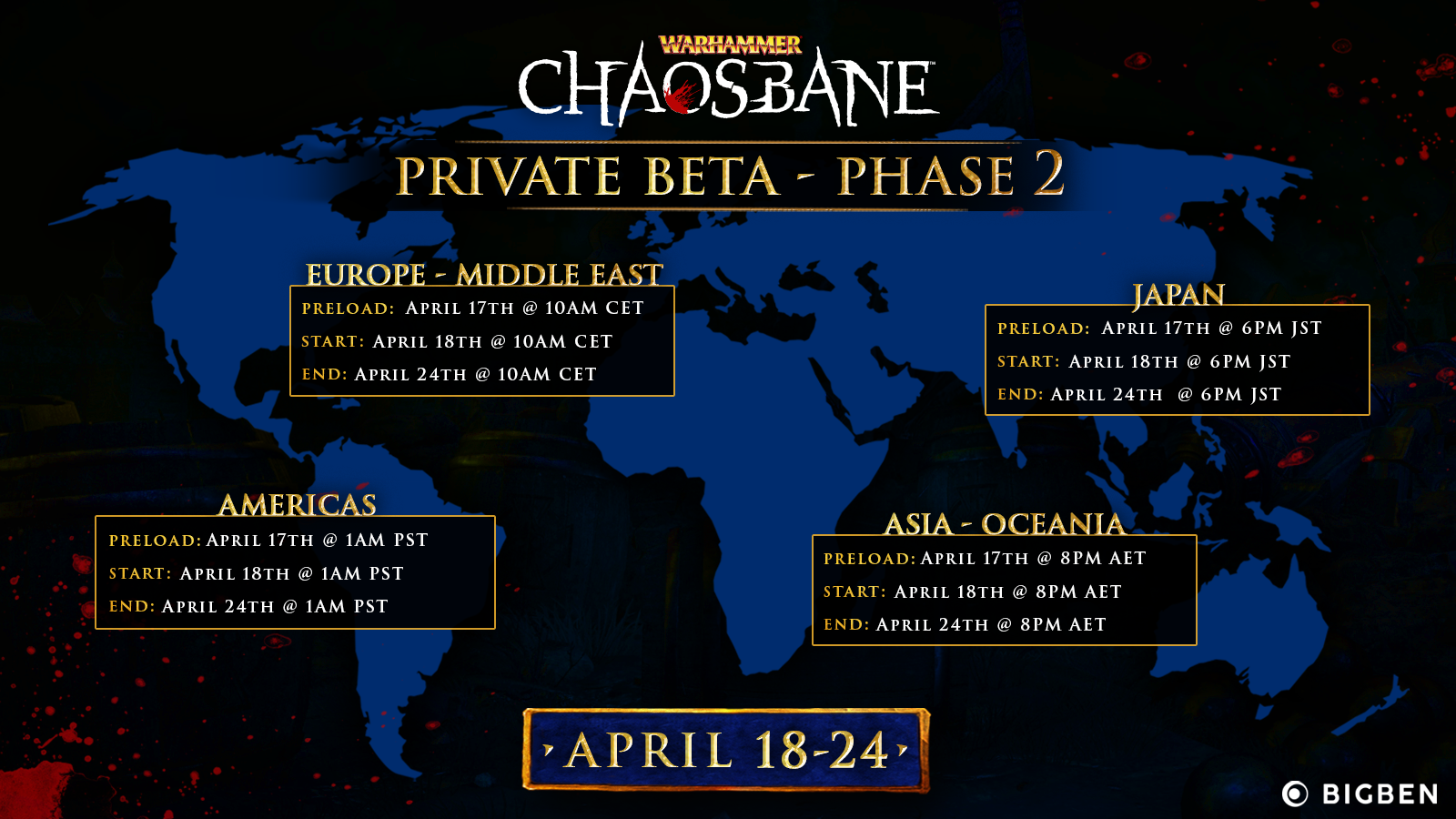 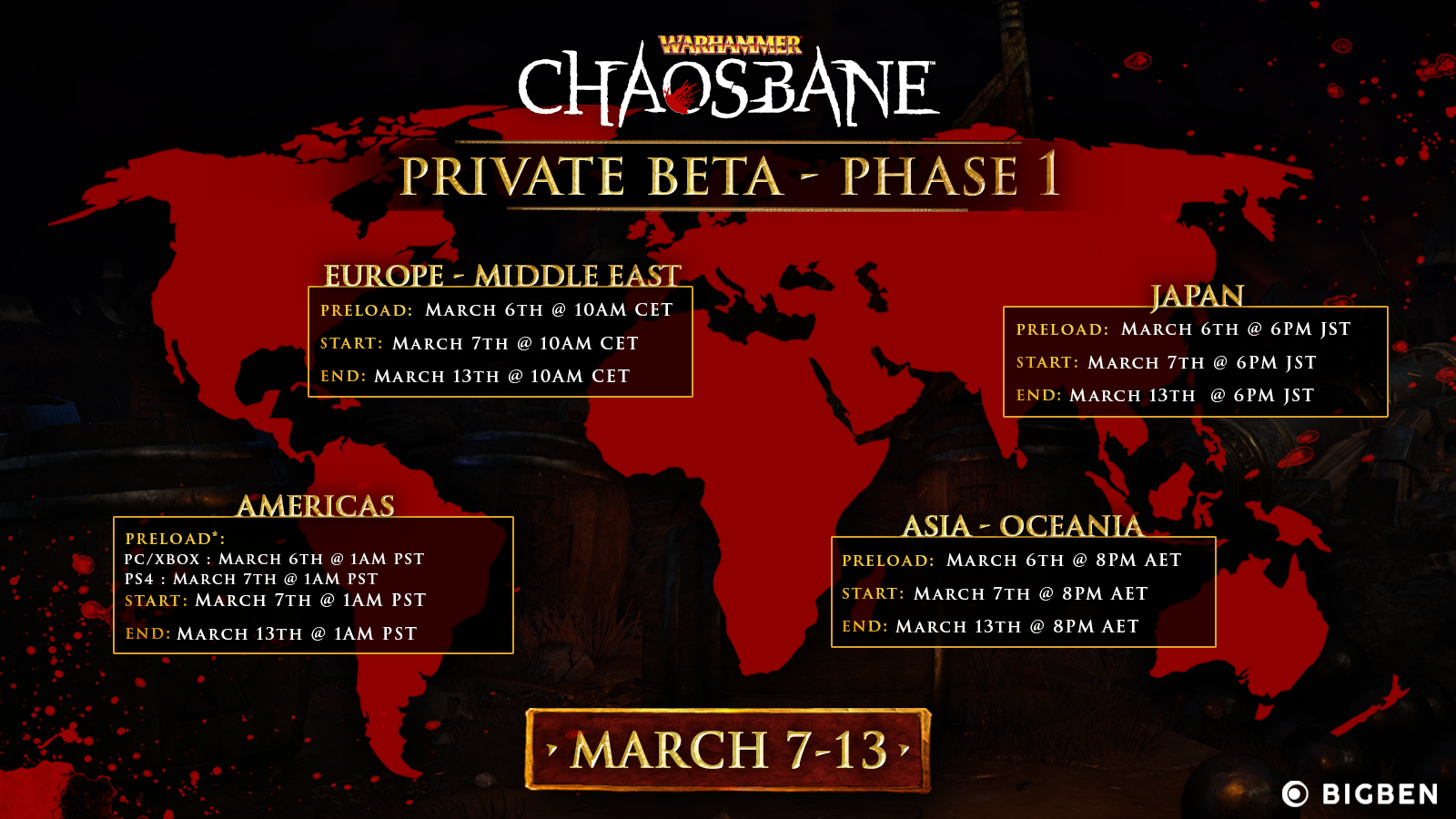 HOW CAN I DOWNLOAD THE BETA CLIENT?. Warhammer: Chaosbane - Launch F.A.Q: 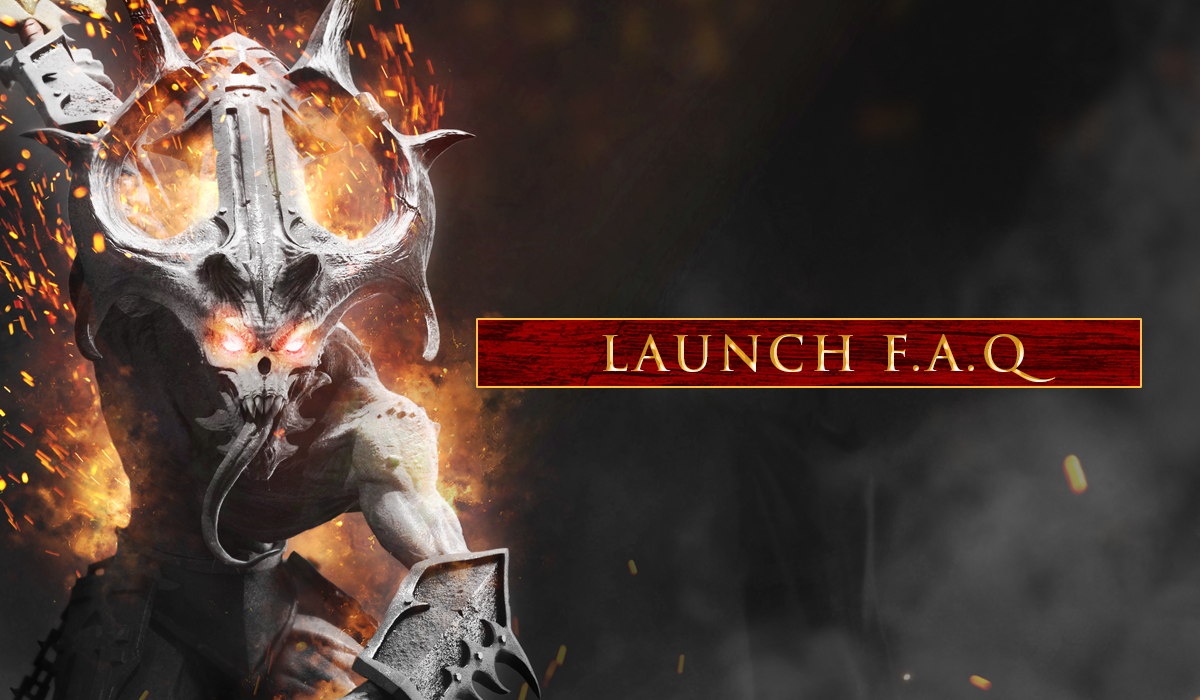 As we've launched Warhammer: Chaosbane you might have a few questions about the game and its features. We've compiled a series of questions and answer that you could have.

Please note that this F.A.Q is not final and is subject to changes in the coming days. 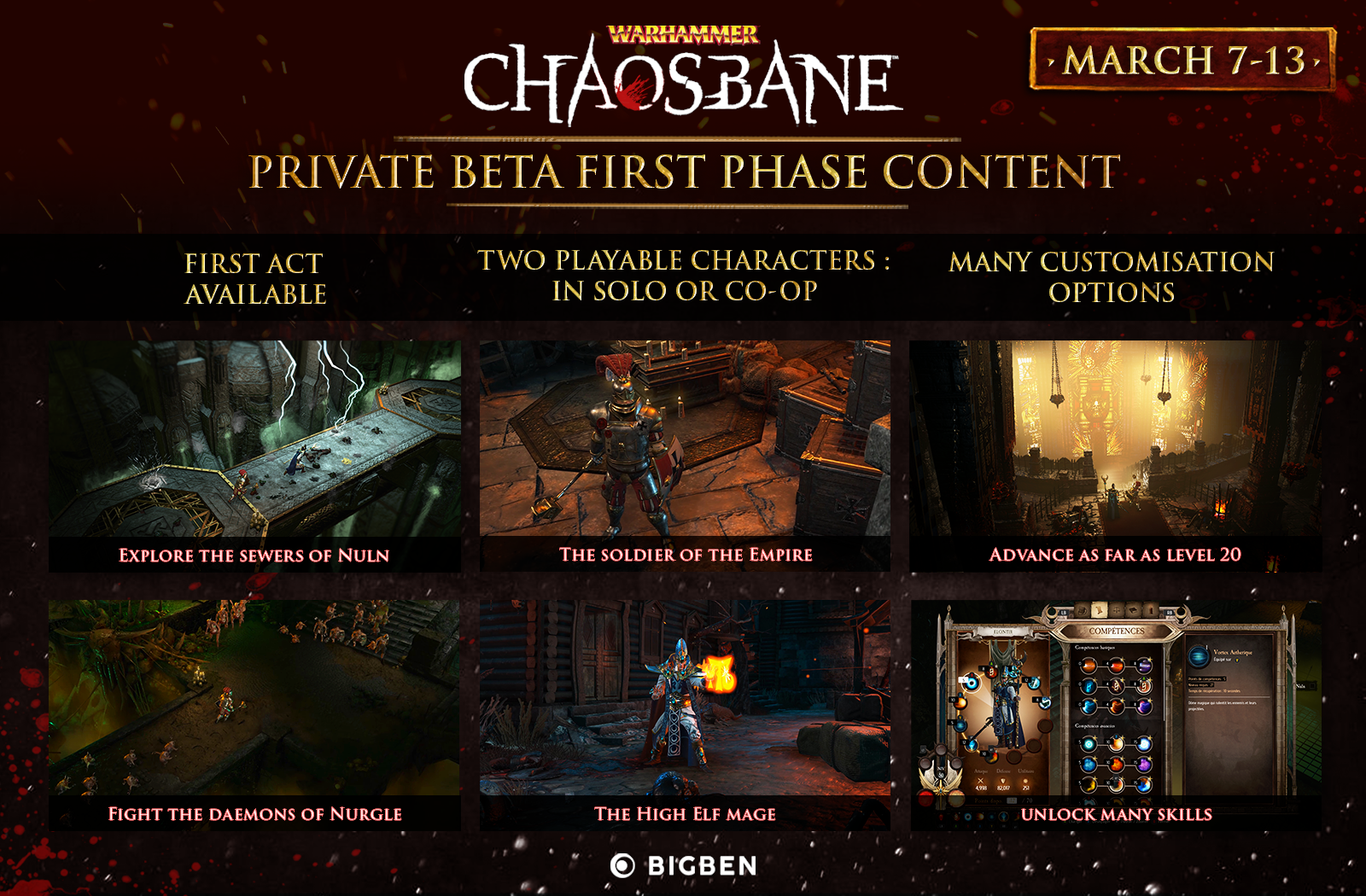 If you have pre-ordered the PC via the official website, you will be provided a code via email that will unlock the beta for download on Steam.
. Warhammer Chaosbane - Beta Improvements:
The second Warhammer: Chaosbane beta is available from now until April 24th. More content has been unlocked for the second beta, including: Bragi & Elessa as playable characters, and a first look into act 2.

We've also made a number of tweaks based on player feedback from the first beta. Read on for the full list: