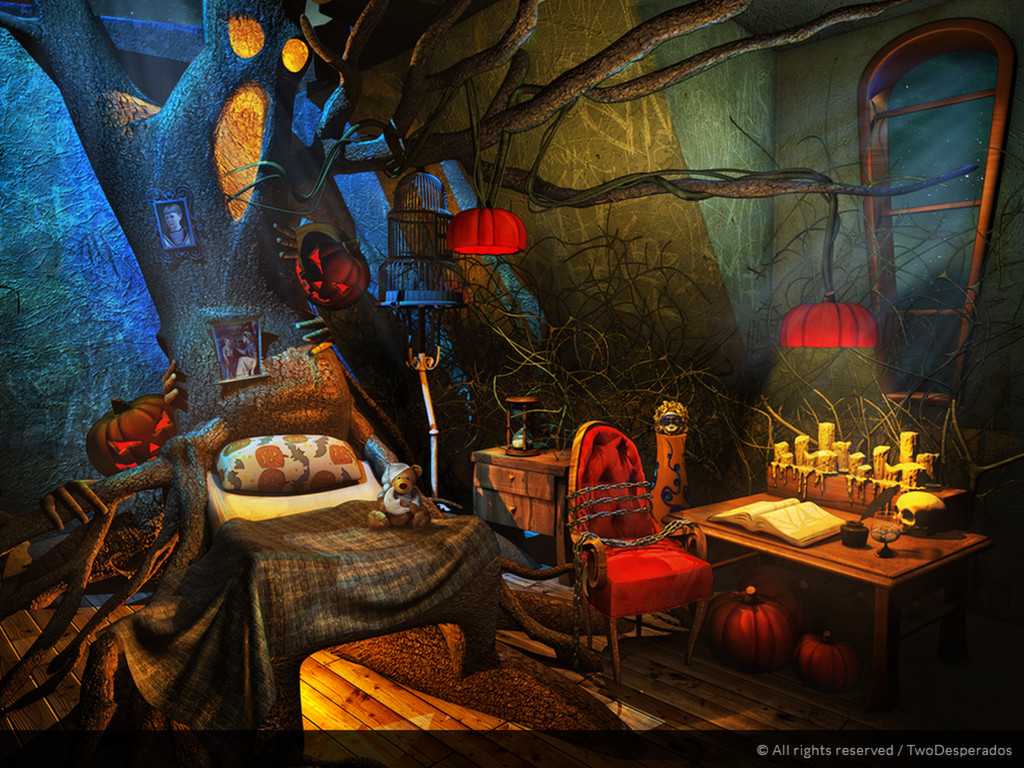 Meet Lemuel Barnabas. He is not a protagonist in our story, but just look at him - he’s scrappy and funny, talks to himself, likes music and long walks behind the bar. In a word - he is quite mad, but as mad as he is, he’s the one you come to for help. Help? What happened? You didn’t hear? Apparently there is this thing called Halloween. I know, I know, it sounds stupid. But there’s candy involved! Now I have your attention. The city of Dern is ostracized from the Halloween community. Everyone around you seem to know something about it, but you’re a boy, nobody is going to tell you. In this step away from the classic HO gaming take things into your own hands and find out whatever happened to Halloween. 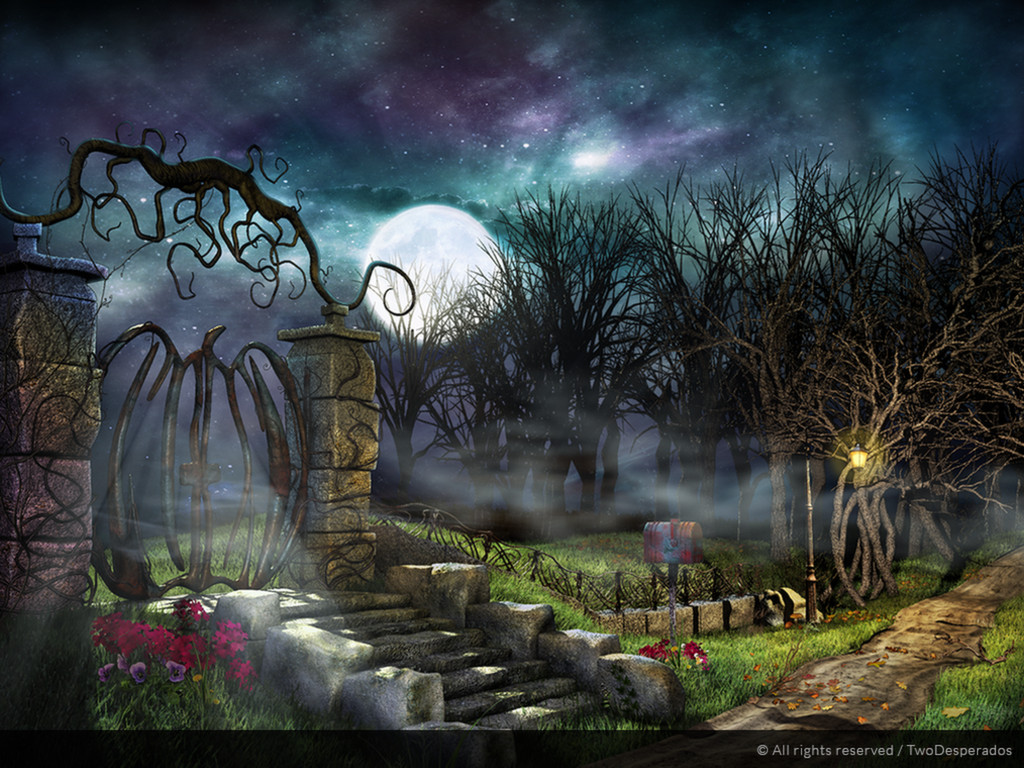 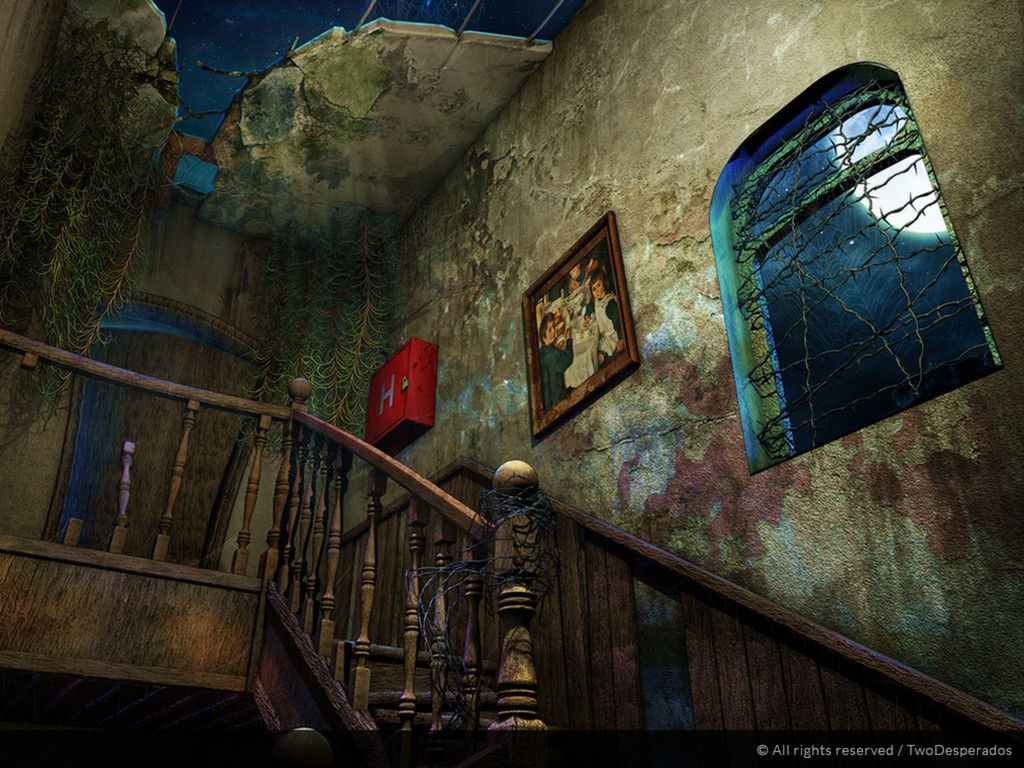 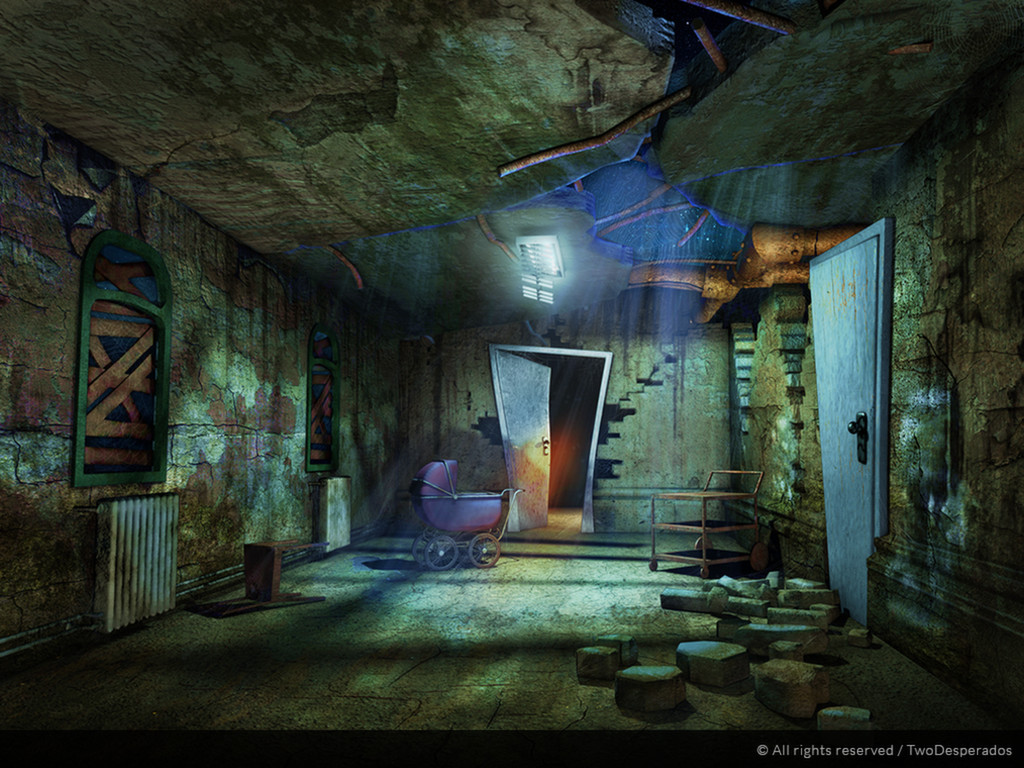 Evil Pumpkin is the perfect game for Halloween and a wonderful HOG\/PAC despite some of the negative reviews. This is an Advanced Hidden Object so it is not for n00bs to the genre.

This game seems to focus more on Puzzles and Point and Click than Hidden Object and the atmosphere is perfect for Halloween. The story is fun and keeps you engaged.

This game is not difficult unless you are relatively new to 'point and click' games. You will have to use your brain to solve some of the puzzles but nothing too difficult. There are guides if you are not sure what to do next -which I used a few times.
My 5th grade niece played through the game without any issue. I found this game pleasantly challenging in parts so it is not so 'mindless' as some of the more basic entries in this genre. I was able to earn all the achievements.

All HOG\/PAC developers should pay attention to this game. I would love to see more games like this.

Highly recommend to anyone wishing for a true challenge in the Point and Click\/Hidden Object genre.. I like this game very much and have to give it a 'Thumbs Up' mainly 'cause I love weird games! However, personally I wouldn't pay full price for this game.. It's rare that a game so thoroughly defeats me in the way Evil Pumpkin did. It's not that I wasn't able to finish the game - a slowly-recharging hint meter and the extremely helpful denizens of YouTube ensured I would be able to brute-force my way through the trickier sections. No, Evil Pumpkin foiled me by forcing me to resort to hints over and over again. A well-designed adventure game - and make no mistake, this is more of an adventure game than a HOG, to the point that the hidden object screens are actually optional - moves players through the story in a logical fashion, presenting them with obstacles to overcome and giving them fair clues and tools to allow them to struggle their way through.

Evil Pumpkin goes a different way entirely, loading itself up with nonsensical, sometimes buggy, puzzles and some of the least impressive HOGs in recent memory.

On to the HOG criteria!

Criteria 1: To what degree do the puzzle screens look like a thrift store vomited on my monitor?

It's pretty bad. While the game does a passable job of restricting its searches to areas that would logically be cluttered, many of those areas are littered with items which make no sense given the setting - and that's just in the logical areas. There are also plenty of screens where a load of nonsense is tossed in. A church pew? Seems like a good place for a gold bar, straight razor, bullet and tree! It's just a mess for mess' sake. And that's not even getting into the rampant cheating that goes into item placement. There isn't much size cheating - the game has a good grasp of perspective, at least. That doesn't stop it from defying gravity, changing colours, and going transparent whenever it suits the developers' purposes. Just shoddy work here.

Criteria 2: Are the searches justified by the premise\/story?

Only in the most cursory fashion. There are the standard 12:1 item finding sequences, but beyond that, no justification is given for the searches. This is largely because the game is far more interested in its puzzles than its searches - on the 'difficulty select' menu, HOSs only appear as an element on the lowest difficulty setting, aimed at 'casual' players'. This suggests that serious adventure gamers wouldn't bother with hidden object searches, and should focus on the game's other, more nonsensical puzzles. Given this attitude towards the genre they're working in, it's no surprise that the game's hidden object screens are so lacking.

Criteria 3: How well do the various puzzles and object searches meld together to form a coherent whole?

Not well at all. The story follows a little boy on a journey to find out why his town is the only place in the world without a Halloween. It's not a bad premise, but his method of investigation never makes much sense, and the conclusion he comes to seems utterly random. This isn't helped at all by the game's terrible puzzles, which range from annoying to buggy. This isn't just a case of my distaste for sliding block puzzles rearing its ugly head once more. There's the equivalent of a jigsaw puzzle with pieces that don't fit together and offer no clue as to where they're to be placed on the board. There's an 'eliminate the subjects' game whose rules are so oblique that I could see people being driven mad. Then there's a puzzle which is just plain wrong - as in the developers forgot their own world's rules when crafting it, so the answer doesn't make any logical sense.

With its lacklustre HOSs, frustrating puzzles, and hint\/skip meter which takes forever to charge, Evil Pumpkin: The Lost Halloween is a disaster on every level. Literally the only thing that the game has going for it is a wry wit that surfaces in a bevy of puns offered for nearly every circumstance. For anyone uninterested in wordplay or adorable talking animals, this game offers nothing to recommend.. One of the longest and best hidden object games I have ever played! It took something like 33 hours! Great plot, great graphics, lots of HOGs, and side games. Many areas to explore. I highly recommend this one. The only downside (A sluggish cursor) fixed itself later. Try it!. I've been saving this game for part of my yearly Halloween gaming marathon. I thought it might be an odd change of pace from most of the horror games I try. I have to admit, this is an awesome hidden object game. Beautiful visuals, good music, and charming puzzles and setting. I grew up on Shadowgate and I haven't had any problem with the logic of items and their uses. I kind of love it. Perfect to play as I watch horror movies and relax.. This is a good game because of how they did the plot. The story is very funny and dramatic.. I have to give this game a thumbs down with an overall score of a 4 or a 5 out of 10. The game is alternately split almost 50\/50 between being clever & brilliant in some parts, with other parts where the puzzles are a little obscure or non-intuitive to the point of requiring a guide. There were 1-2 puzzles per chapter that were basically unsolvable through logic. Most of these I managed to strongarm my way through just by trying everything, including things that didn't make much sense and weren't really achievable through the game's own logic system. Yet they were ultimately reachable through large leaps of logic and past adventure game experience.

But there were probably 3 or so puzzles in the game overall that were unsolvable without a guide, and that, even if you had an expansive knowledge of the puzzles and their origins (like the astrology\/torch puzzle) the final solutions still lacked logical sense. And then of course there was the fact that the game experienced a final, game-breaking glitch in the last puzzle\/final boss that prevented me from finishing the game; and the fact that there are no saves involved, which means for me to get the last two achievements in the game, I'd have to play through the first 3 chapters again to try to get the candle achievement, and if I messed it up again, have to play through the first 3 chapters of the game for each additional try. Hell no.

I would have rated the game around a 7 or so, but the game-breaking glitch at the end and the ludicrousnessness of the candle achievement in a game without saves results in me taking away at least a point for each. There's no good reason that either of these things are still issues and haven't been fixed by the devs by now. There's definitely talent and inspiration behind this game, but there's also a final level of polish lacking to make the game cohesive and fully functional. For adventuer game fanatics, it's probably still worth a look, and you may go for large stretches of the game remaining very satisfied and entertained. But be forewarned about the eventual problematic puzzles and game glitches that will have spin you around and be resentful that a game this good for much of its run doesn't have the last several wrinkles ironed out.