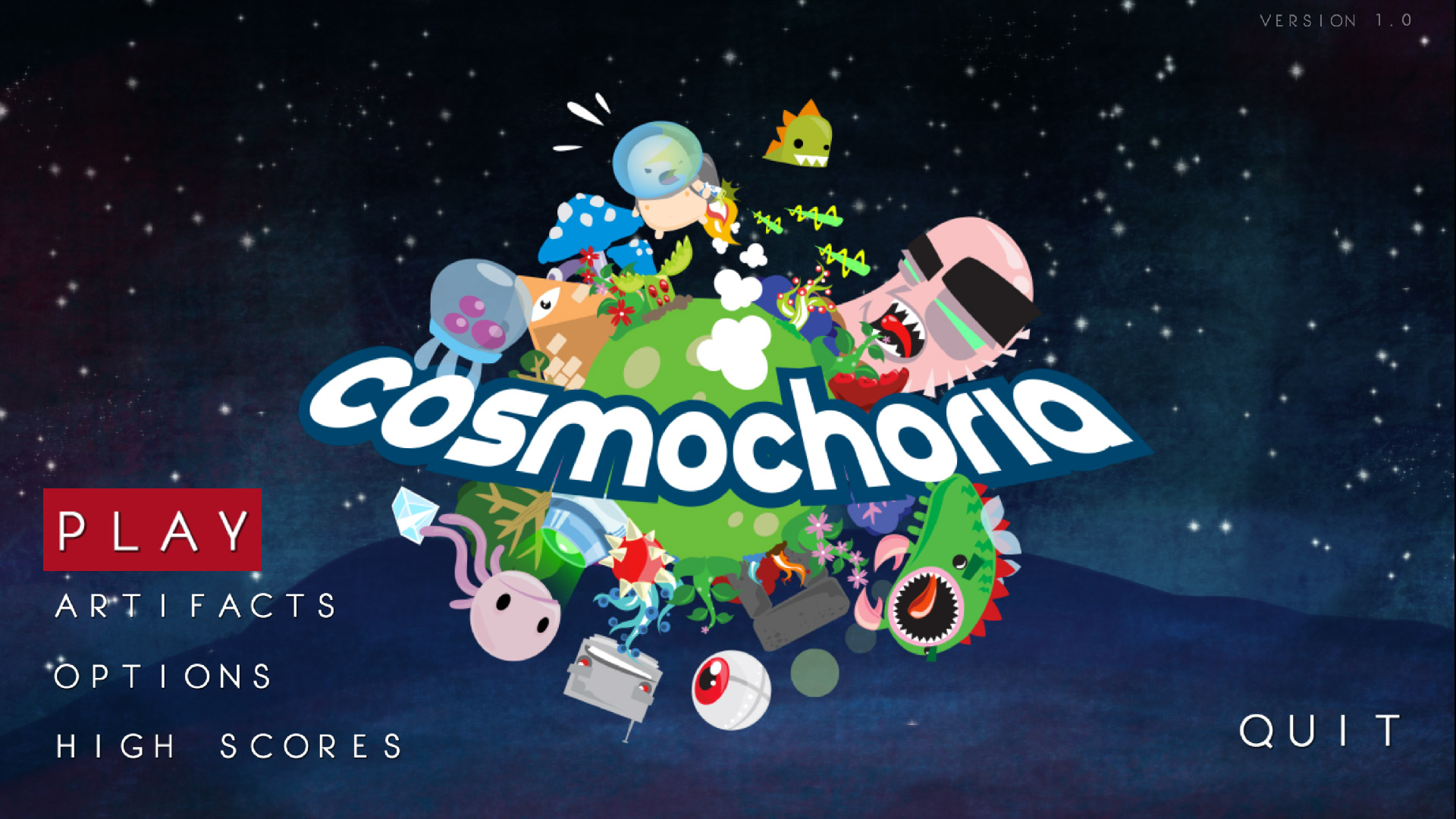 You play the role of a tiny pink naked cosmonaut who 'finds himself' in a distant galaxy. While no story is immediately apparent, consecutive games will begin to reveal some of the deeper mysteries surrounding the universe around you.

You are free to roam the galaxy in search of these secrets, or to remain on a single planet, establishing a home base to fight aliens and tend to your galactic garden. 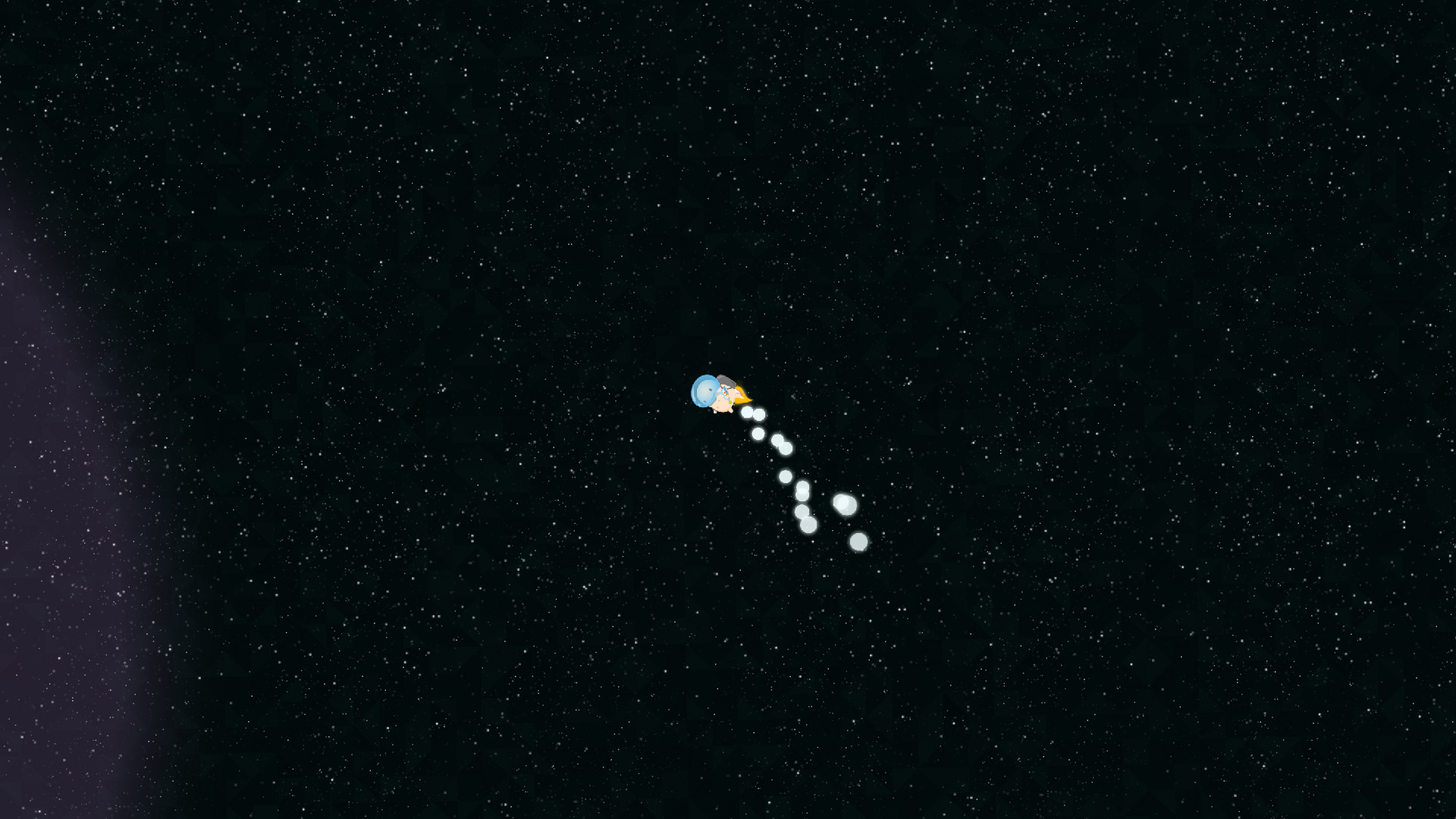 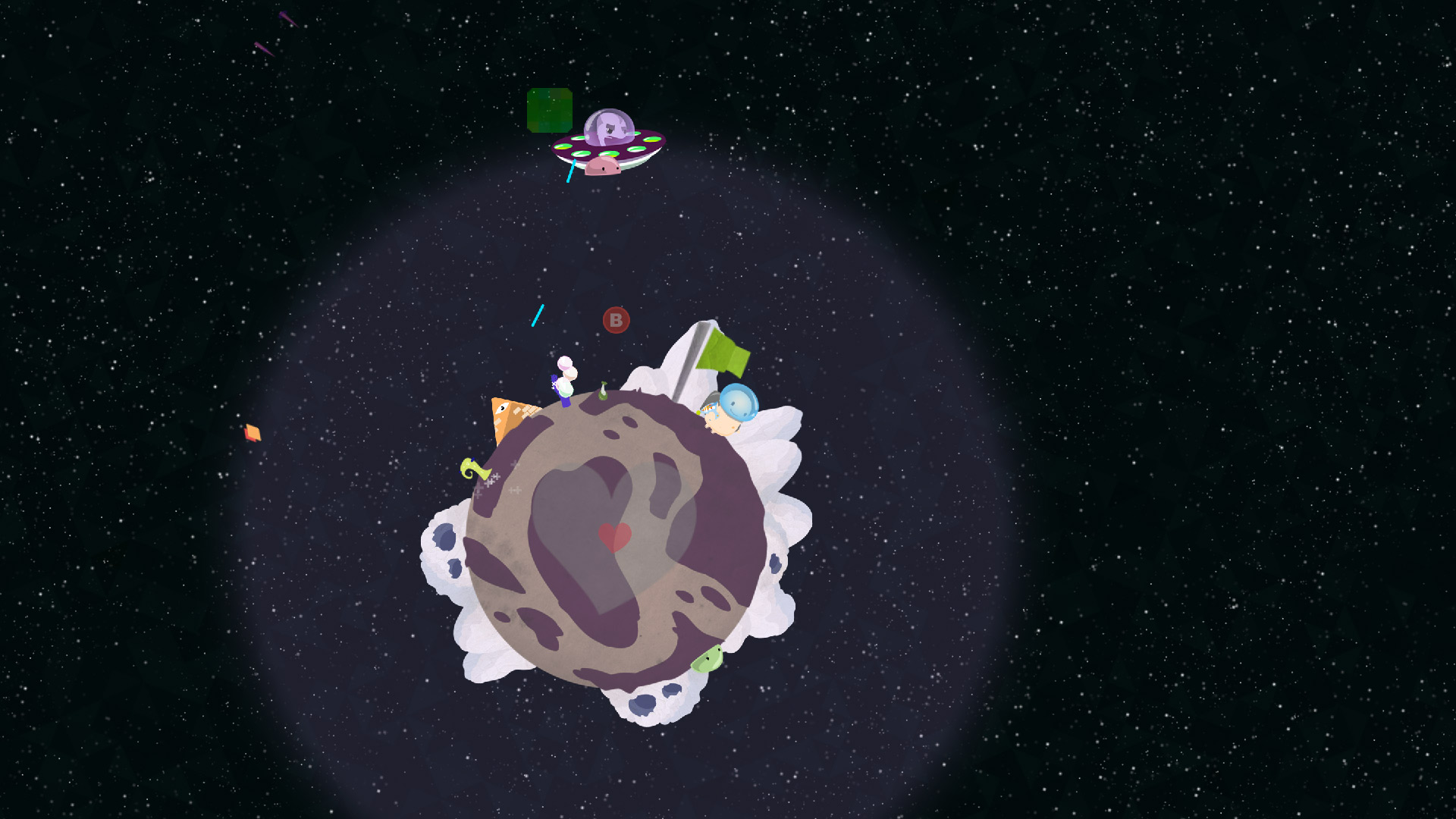 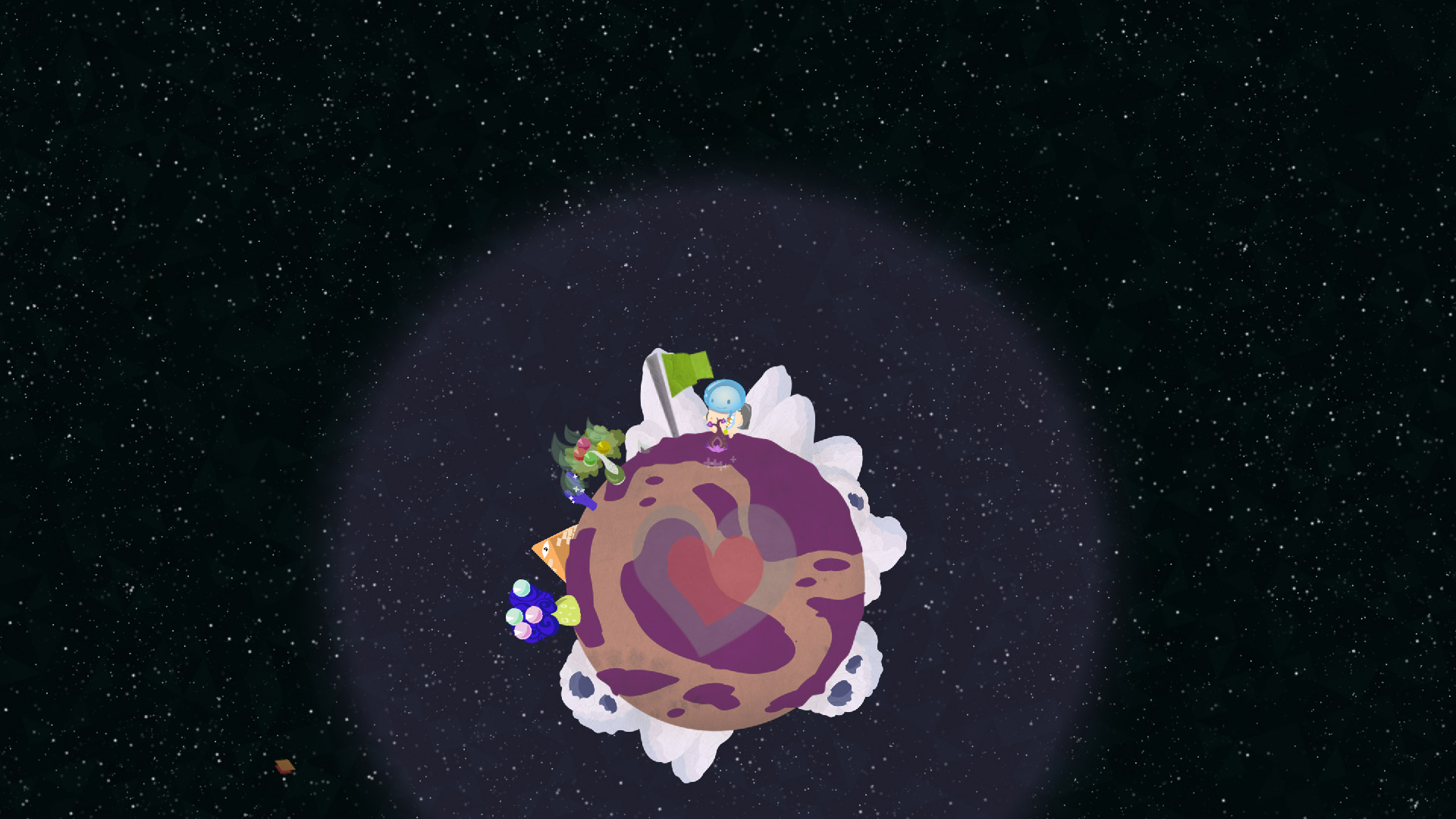 
It's certainly unique. So the basic mechanics are: jet around in space from planet to planet, planting trees to restore them. Once a planet is restored, it dispenses a random treasure and heals you. While this is going on you will be assaulted RELENTLESSLY by enemy aliens, which gets pretty frustrating. I was having Spore flashbacks for a while. After X time has passed, a massive boss monster will spawn, which necessitates jetting through space while managing your fuel and hopefully hopping between restored planets for healing. This is the phase where you'll usually die horribly and start over -- and if you don't, you plod on until the next boss spawns.

From treasure chests you'll either get some gems (for postgame upgrades), bombs, bricks (build largely ineffective towers with), or artifacts. Artifacts can be traded in for mutators accessible from the main menu, such as disallowing towers, more enemies, less enemies, "no eggs" (???) and the like. Most of these are also largely ineffectual, as I've noticed no difference even playing with fewer enemies and lower enemy health. Each time you start a new game the galaxy will be mostly randomized, including planetoids, what types of enemies will appear, and whether or not weapon powerups (which are crucial, as you can't buy weapon upgrades) will actually appear. The RNG swing is kind of ridiculous, I've had games where apparently every chest has contained an artifact, and others where they don't seem to exist. I've repeatedly gotten duplicate artifacts, and sometimes I've been unable to trade a new artifact in for no apparent reason. I somehow collected a pickup from a boss after the game was over despite dying to it, which gave me a white screen and a weird three-minute musical number.

It's really hard to tell how much of this game is actually functioning as intended, what's glitching out and what's just plain dickish design, and much like Rogue Legacy the necessitation of perishing repeatedly to grind upgrades is starting to rub me the wrong way, but to a certain extent I'm still quite enjoying it anyway. I'm just not sure if it's more fun or frustrating yet.. I thought this was just like a small arcade game that I can enjoy for an hour. I was wrong. This game had me on for hours!
I like to sum up my 8 hour journey:

I wake up butt-naked on a planet with a fish bowl and a laser gun
Placed seeds on the planet like i was a farmer
Shot down aliens like the american sniper
Went to explore another planet like NASA
Made small pyramids that shoot lasers from it's eye=illuminati?
Fought a dragon like a knight, but with a gun all around space
Found an egg and kept it with me
Then it started to hatch on a planet that had the same color as the egg
Monsters came and attacked at me like crazy, it was like mission impossible
It hatched, and what did I see? A turtle, and I named him Mr. Wiggles
Me and Mr. Wiggles continued our journey together
But then, I flew too far to the end, and killed myself and Mr. Wiggles
R.i.p Mr. Wiggles :(


. This game has a very original idea (healing planets by planting seeds on them), nice graphics and music, and a very enjoyable exploration side.
Sadly, the gameplay is not good, so the game manages to be frustrating without being difficult - most of the time I'm just ignoring enemies (and ignoring being hit) because destroying the enemies is boring and pointless. Weapon upgrades are pointless as well, since when you get hit you lose them and most of the times they are not worth recovering. And above all, the game is very repetitive after a while.
It's not that bad, but having to choose between yes and no, I'd rather not recommend it.. I'm leaving this as a "Would Recommend" because I think it is very well done. I personally didn't enjoy the game very well, but that is through no fault of the game, just my own personal tastes. The only annoyance I have with the game is the interaction with objects (the ones you can pick up) in that I don't know how to just outright get rid of them.. Cosmochoria grabbed my attention instantly when I saw it in the store and I knew I had to have it. I am incredibly impressed with this game and how much the developer continues to add to it. I love playing this game and so do all of the people that I've shown it to. While this game can be difficult and it is easy to get lost, it is a great play and it keeps bringing me back for more. Cosmochoria is fresh and new, I've never played anything like it. And you like indie games and you like floating around space and blowing things up, this is a must buy. 100% highly recommend, I'd even buy it again.