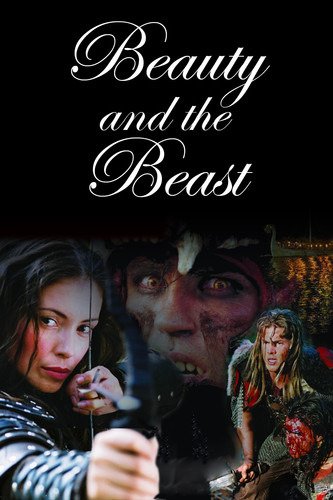 A medieval tale. Freya is the beautiful daughter of King Thorsson, who must undertake a deadly battle when her father and fiancé are captured by a tormented monster - a man with the body of a beast, cursed by Odin and cast out by his people. Struggling to control the raging monster within, the Beast clings to the honor that he hada man and battles with Freya for his redemption.
Freya is the clan princess, pursued by Sven who wants only to become king after King Thorsson dies. Freya prefers Agnar, who was lost with a boatload of clansmen on a raid. The old king longs for one more grand adventure and takes a group to an island two days journey away. The island is cursed, being the realm of a great and brutal Beast - said to be protected by Odin. The King discovers that this is where Agnar and the others met their deaths. When the Beast attacks, most are quickly killed. The frail King is locked in battle with the Beast, and cowardly Sven runs away under the guise of helping a wounded Eric, leaving the King to die. Back in the village, Sven proclaims himself King and demands Freya wed him on the next full moon. Eric tells Freya the truth - that her Father might still be alive - and she sets out to free him, accompanied only be her friend Ingrid. They encounter the Beast and Freya exchanges herself for her wounded Father. Freya is left alone on the cursed island with the Beast and discovers all is not what it seems.
We rented this movie for fun, and what a blast it was! The cover looks like Lord of the Rings, which is why it was rented. The acting was alright, some were worse than others. But that's to be expected in a movie like this. The sets were good, for the budget they were on. Costumes were not completely historically accurate, but they were alright. Sven's fringe braid thing was fugly, and I wanted to cut it off. The wigs though...the best damn thing in this movie. Who designed them I don't know, but damn, they were hideous. Fugly, fugly, fugly! Overall it's an okay movie, um maybe play a drinking game while you're watching so that it seems better than it really is? Though if you have a rule where you take a drink every time a bad wig is on the screen, you may die.
Okay...truthfully, I knew this movie would not be a cinematic masterpiece. I knew it would be some low-budget, straight-to-video Lord of the Rings knock off. It was low-budget and it was straight-to-video. However, it wasn't a LOTR knockoff...which is unfortunate. The story was Beauty and the Beast all over again...only it was set it the days of the Vikings. This is a problem because the characters didn't act like Vikings, nor did they dress like Vikings. For God's sake they wear all wearing chain mail...CHAIN MAIL!!! Vikings were only a couple of centuries BEFORE chain mail. If this story had taken place on an imaginary world with imaginary tribes and people and such, it would have been much better. However, setting it in Viking era did nothing but fill the movie with historical inaccuracies.

Inaccuracies aside, let's talk hair. Most of the actor were wearing wigs and it was obvious. There was one in particular...I remember him vividly. He was only in the movie for a couple of seconds. You say him in the background on the boat. He had no lines and no name that was mentioned. He was obviously just an extra. His job was to just blend in. Unfortunately, he didn't. Why?? Because he was wearing this ridiculous 1980's Britney Fox wig. This thing was WAY too big for the actor's head. It was just so terrible. All of the actors had bad wigs, but this one was the worst. Also, William Gregory Lee had hair extensions, but, apparently, the budget wasn't big enough for him to get a full head of them, so the producers just gave him a few. You could see where they were attached to his head and...it was awful. Also, what the heck was up with that little twig over his forehead. That thing got on my nerves.

The acting was, by no means, great. It was like watching a high school play or an after school special (for those of you old enough to actually remember after school specials). Anything with Justin Whalin is destined to be crap...let me present Exhibit A: Dungeons & Dragons, Child's Play 3, Lois and Clark...you get the idea. However, he wasn't the worst actor...in fact, he did well. William Gregory Lee got on my nerves. Obviously, he wasn't really all that tough, because he seemed to be having trouble acting tough. Jane March was okay, but not great. David Dukas, who played the Beast/Agnar, was probably the best, but only whilst playing the Beast. He struggled through the three minutes that he played Agnar. Very strange. The other actors were nothing short of mildly mediocre.

The SFX in this movie were...well...almost completely absent. The Beast was a guy in a prosthetic suit. And though it was a pretty cool idea, it really just looked like a guy in a bear skin rug. Also, the fires never looked real. Apparently, it was cheaper to make fake fire rather than actually set stuff on fire for real. The flames looked like those TV fireplace things and the smoke...well...there are no words to describe how bad the smoke looked. In the film's defense, though, this was a low-budget movie. That is something that must be taken into consideration. The weapons were obviously fake. They looked like wooden weapons that were spray-painted to look like metal only the producers hired some one-eyed imbreed from a Mississippi body shop to paint them.

In the end. This film was low-budget and watching it gave constant reminders of this fact. However, the low budget wasn't the real problem. The real problem was that the producers tried to pass it offa Viking tale. They should have just gone ahead and made it a cheap knock-off of LOTR. It would have actually been a better film. 3/10.