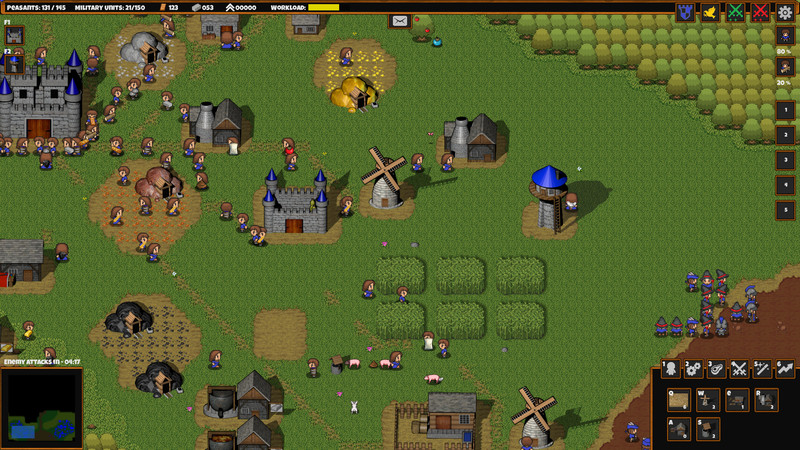 WizardCraft is a fantasy-themed real-time strategy (RTS) game where players try to destroy AI opponents by collecting resources and creating an army. The game is played in a medieval setting with fantasy elements, where both sides have melee (knights), ranged (archers), aerial units (dragons), and spell casters (wizards). Most of the missions follow the pattern "collect resources, build buildings and units, destroy opponents".

The game is played by building up a working economy to produce military units, and then going to war against AI enemies. Iron and coal is needed to produce weapons that are needed to 'recruit' soldiers, which in turn requires mines and food production. All buildings require wood and stone to build, and all peasants need living space, which results in a complex chain of infrastructure required before big armies may be produced. Upgrade points earned during combat can be used in the Castle to upgrade various units. The Castle is considered as the central hub in the game, if it is destroyed it's game over.

WizardCraft currently contains 30 missions and two different skirmish modes, 'normal mode' and 'battle mode'. Battle mode is a quick mode which only uses two resources 'wood' and 'gold' to produce buildings and units, this allows players to quickly build an army so players can focus more on the attacking aspect of the game. Normal mode contains all 29 different resources available in the game and players must create a stable economy in addition to managing an army. Both skirmish modes can be further customized to increase the cap limit on buildings and units, as well as the stats of each individual unit, allowing players the freedom to play the game however they decide.

The game's easy to use map editor also allows players to develop maps for use in the skirmish modes.

Key Features Include:
Over 30 missions;
Skirmish mode containing over 50 different maps and a fast paced 'Battle' mode which allows players to focus more on attacking enemy players.
Create your own skirmish maps with our easy to use map editor.
3 different difficulty levels.
Real-time battles with up to 600 units.
Take control of 12 different units, including archers, knights, cannons, wizards and dragons. 7aa9394dea 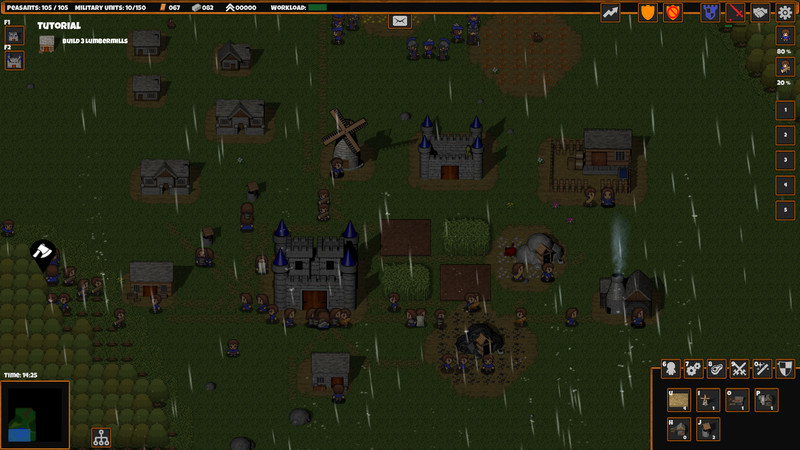 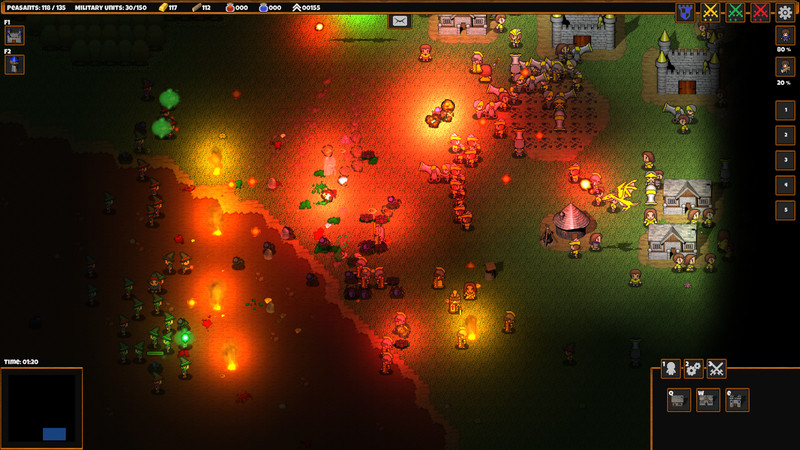 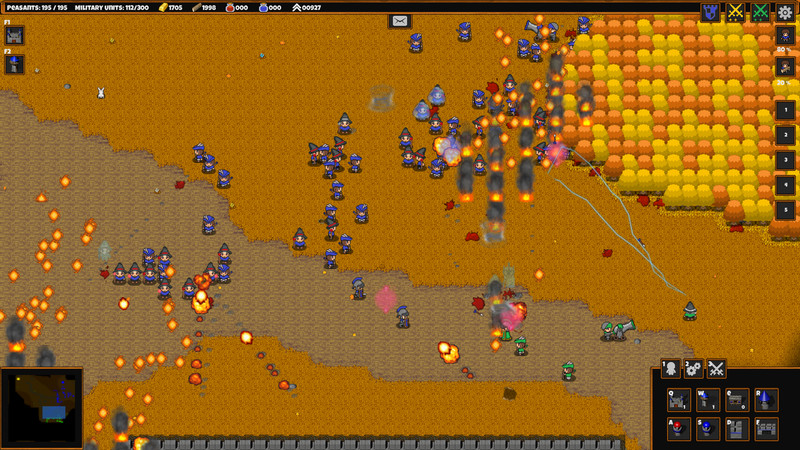 It's a lot of fun, it mostly reminds me of Settlers 3 and 4 but doesn't have the same polish yet but i hope it does in the future.

It certainly was worth the 6 euro i spend on it!

Hope to see more improvements and updates in the future.. This game is an embarrassment to the strategy genre. And it has nothing to do with the graphics. I am an avid player of old-school looking 2D games, especially strategy (factorio for example).

This game is bad because the gameplay is horrendous. The AI is abismal. The whole flow of building up your base and gathering resources is a mess.

I just don't get how this game is on Steam. All I can think is some kid had the right connections.. This game is an embarrassment to the strategy genre. And it has nothing to do with the graphics. I am an avid player of old-school looking 2D games, especially strategy (factorio for example).

This game is bad because the gameplay is horrendous. The AI is abismal. The whole flow of building up your base and gathering resources is a mess.

I just don't get how this game is on Steam. All I can think is some kid had the right connections.. As a person who grew up with old classic games like Starcraft, Warcraft, Age of Empires and the settlers I was very happy when I saw, that WizardCraft steps into the direction of these games and combines some of their game mechanics in a good way.

In WizardCraft you have to build up a simple economy to be able to train military units and create defences to defend your base against spiders, CPU\u00b4s, dark dragons and even against the undead.

The game offers it\u00b4s Players 40 missions (Patch 1.04 right now) in which you can choose between the difficulty "casual" and "normal". In the first two missions you have a small tutorial in the back which helps you getting started with the game.

The game also has a skirmish mode and a map editor, where the Players can build their own maps. On top of it you can send your own created maps to the developer who then can include your map into the "Community maps" tab in the skirmish mode. This makes your map available to all Players, which is extremely cool in my opinion (note: Only 100 community maps can get included and only 2 maps per map creator).

The war system is simple: build up your army and destroy your enemies Castle. You have a variety of units, which you can throw at your enemy (for example 4 types of wizards; dragons; archers and swordsmen on horses; portable cannons; etc.).

WizardCraft is a singleplayer game, but it is possible that multiplayer will be build in in the future. The developer said that he is looking into it, however Mulitplayer mode for this game can not be confirmed 100%.

WizardCraft is a great game and has huge potential to become a competitive game once Multiplayer is there (if it is going to be build in of course).

The developer supports his game and reacts to his community very fast. You can also see him commenting on youtube videos. This is someting you don\u00b4t see very often from other developers.

Did I mention wrecking stuff?

. This should be listed as early access. The dev's seem to be working on it though.

There are many minor UI issues, but it is playable. An in-game tutorial would be greatly beneficial.. A fun RTS that's reminiscent of the old age of empires\/Warcraft games... with it's on map editor and multiple game modes,
what's not to like?. keeps on crshing can't play :[. The game is worth the buy. However I will point out that at the time of this review there are some annoying but workable issues.

First units love to hug tree lines, apparently they are all hippies. Second it is very difficult to target enemy units over their buildings. Third your peasants do not work in an organized fashion.

I would love this game more if the peasants at least worked in a organized fashion. Aka base resources(water from well included)-food and cutters-mines-smelters-forges. Or something along those lines.

Other than those items which can all be dealt with easily enough I suggest this game for it's price and it really is fun.