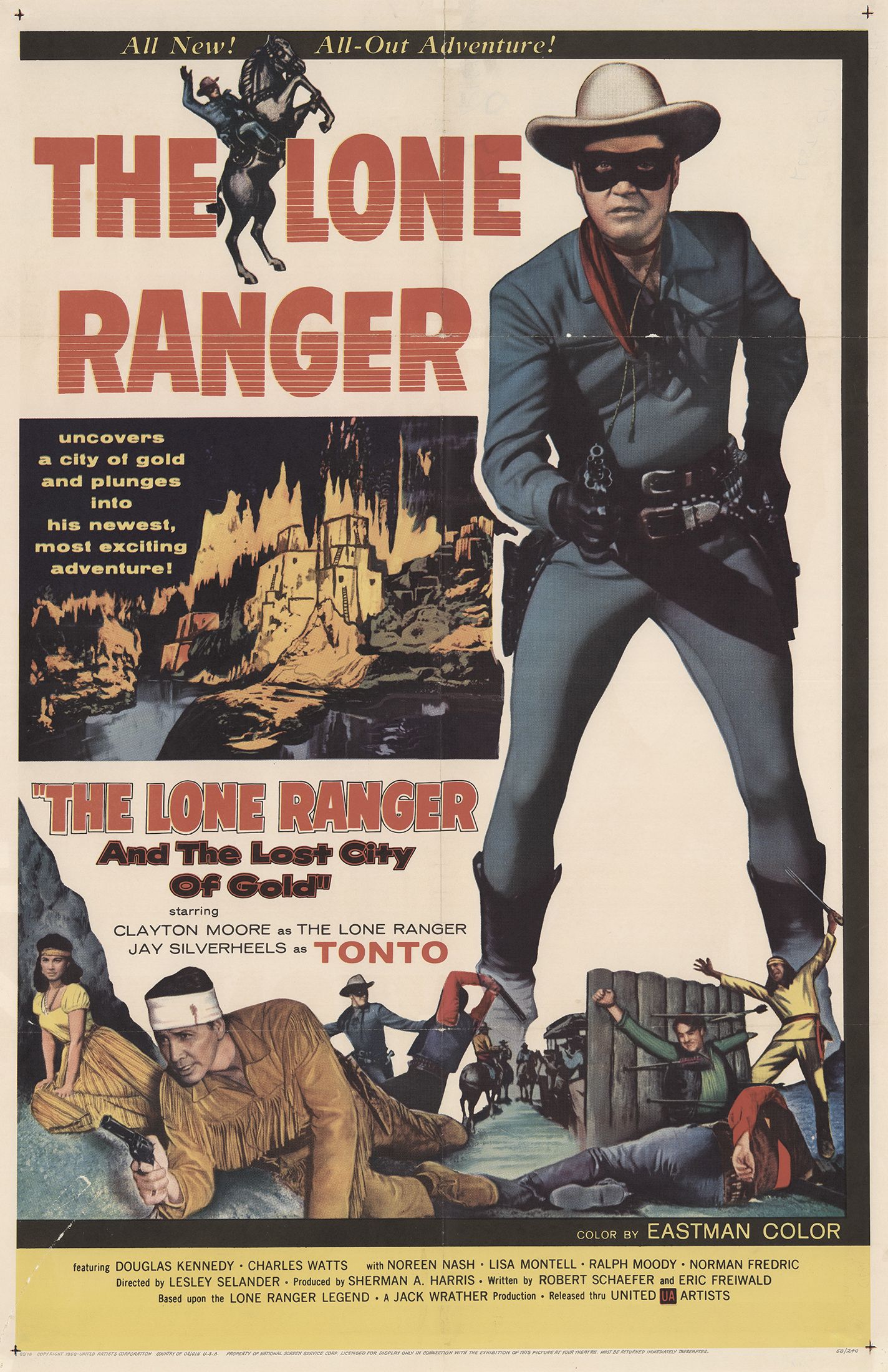 Original Title: The Lone Ranger And The Lost City Of Gold
Genge: Action,Adventure,Western 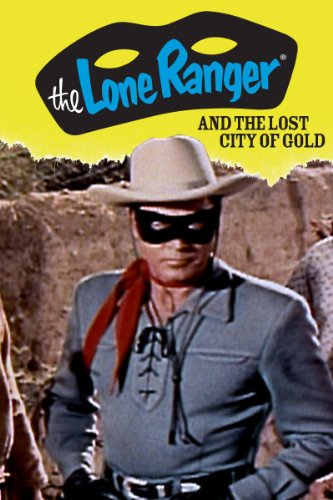 Three Indians are murdered. Each was wearing a medallion when he died. Together the medallions form a puzzle whose solution points to gold.
"The Lone Ranger and the Lost City of Gold" was the second of two features made in the 50s starring Clayton Moore as The Lone Ranger and Jay Silverheels as Tonto. Based on the long running TV series, this film was also produced in color by Jack Wrather. As in the previous entry, there is an excellent cast of veteran western performers.

The "lost city" of the title is an old Spanish city of gold hidden away on Indian tribal lands. There is a five piece amulet that when assembled, will show the location of the treasure. The holders of the various pieces begin to turn up murdered by a gang of hooded riders and its up to our heroes to save the day.

The baddies are led by Fran Henderson (Noreen Nash) whose chief henchman Ross Brady (Douglas Kennedy) does all of the dirty work. Finally, there is only one missing piece. The Lone Ranger disguises himself as a southern gentleman bounty hunter in order to gain Henderson's confidence. The old Chief (John Miljan) laments for his missing grandson who turns out to be the town doctor (Norman Frederic). Finally, The Lone Ranger and Tonto sort things out and deal with the villains.

In addition to those mentioned, Lisa Monteil appears as an Indian maiden, Ralph Moody as the Padre, Charles Watts as the corrupt sheriff and Lane Bradford and Bill Henry as Kennedy's henchmen.

Clayton Moore had been around since the late 30s, appearing in many "B" westerns and starring in several serials. By the time this film was made, he had become so identified with the Lone Ranger, that he never made another feature film. Jay Silverheels similarly came up through the "B" movie ranks and appeared in several Universal westerns in the 50s and the Glenn Ford western "Santee" as late as 1973. I really enjoy watching old movies/TV shows like this. They're cheesy and it's very easy for us to poke fun at the melodrama and obvious twists, but they're a throwback to when people weren't so critical of entertainment and just enjoyed seeing moving pictures, cowboys, Indians and a very clear good vs bad story. There was no anti-hero. No muddied waters. Good was good. Bad was ham-fistedly bad. And the day was always saved. The acting isn't great, but fits well with the melodramatic feel of the movie. I haven't seen a lot of the 1950's Lone Ranger TV show, but I was surprised at how little the Lone Ranger was used. He is a very one-dimensional character and all the development he ever gets is the opening credits where we hear about how he became the Lone Ranger and that He rides for justice. Maybe it's a good thing that he didn't have a lot of screen time, because you can't do a lot with that character. Instead, Tonto and other more dimensional side characters get more screen time. The movie deserves props for trying to handle a story line that deals a bit with racial relations between the Native Americans and the white man. It's a bit clumsy and wouldn't pass muster today, but it's cool to see such a story in 1958.

Six men of justice rode into an ambush, and slain were all but one.

Found there by Tonto, the brave Injun Tonto, he lived to tell the tale.