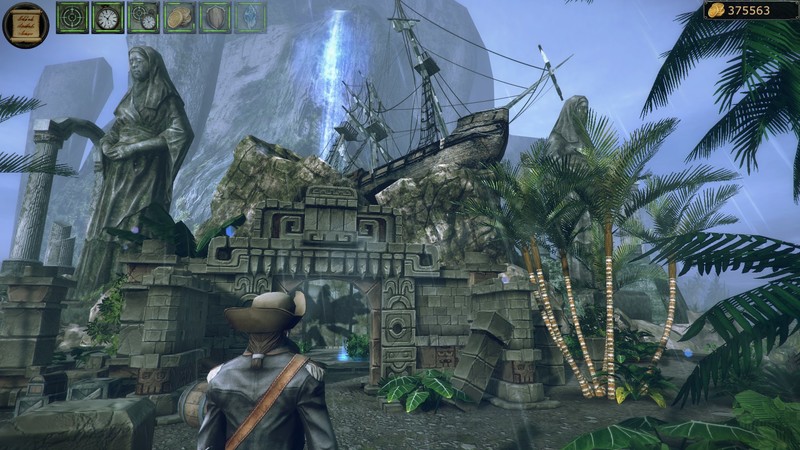 Dozens Islands of Paradise
For Some it's A Blessing
For Others...
It's A Curse.

The classics of the genre!

Finally set your foot on the land to plunder it!

Assault a fort, defend a village, wipe out the undead and explore an ancient city - and more!

Get yourself a mighty galleon for either trade or piracy!

Land quests will provide with gold and abilities! 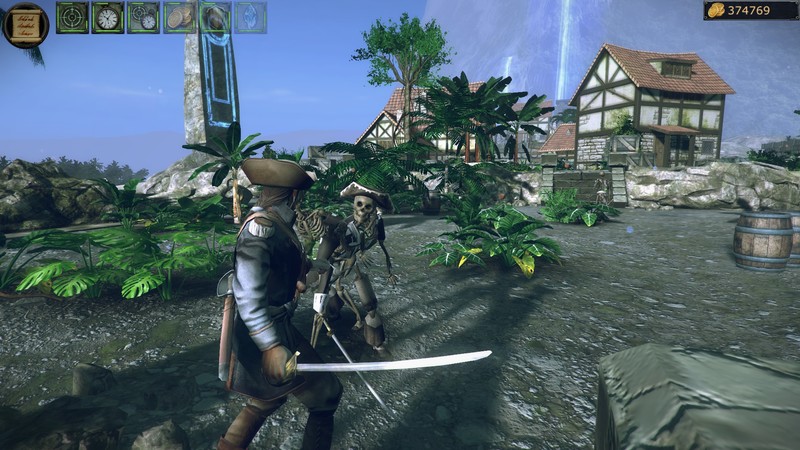 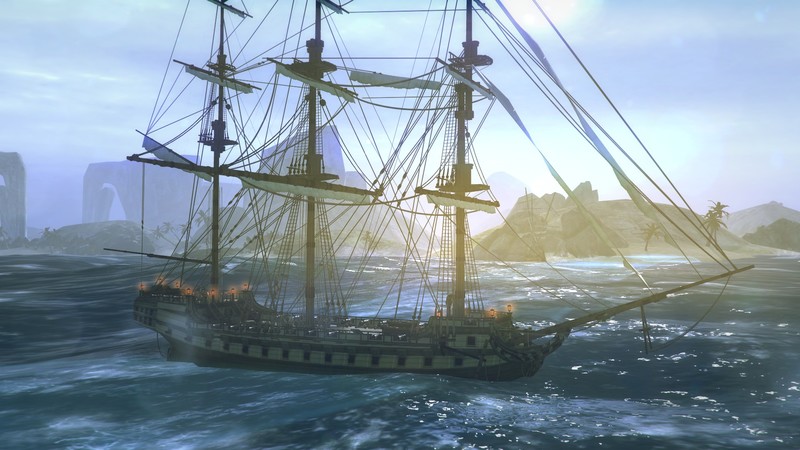 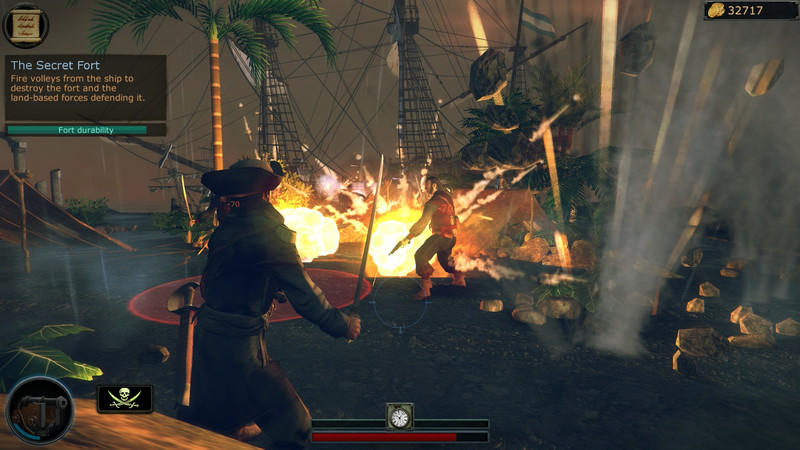 
personally i enjoy this game but this dlc doesnt have enought quality content to be worth \u00a35.
some of the island quests are buggy and quite repetetive and the combat is a bit lacking... (run to the enemy hit once run away rinse and repeat until their dead)
also the rewards you get from the islands are not worth it and since you lose them apon death they're even less worth it.
also i like the new ship it does give more veriety but again its only one ship put together with everything else the dlc has to offer still not worth \u00a35.. lack of content & the first person shooter is poorly made. Basically you are by yourself fighting with a sword and pistol against a horde of skeletons and pirates. The skeletons are easy to kill, but if you got shot by pirate you're done. There is no way to heal yourself. The pistol has long cool down, and ship cannons range is too far out. Why would I play this game if I can play another first person shooter better made?. The new land content gives new experience, keep going! I'm collecting money for the galleon.... Too buggy to enjoy and an overall frustrating DLC so far. They should have tested this before releasing it.
My experience was as follows...

1 - Went to a Treasure Land island
2 - Automatically recieved a quest to kill some skeletons and save the city guards
3 - Attacked the skeletons, nothing happened
4 - Shot the skeletons, nothing happened
5 - Skeletons went to the city guards, they walked around eachother doing nothing
6 - Realized the only way to hurt the skeletons was to release connon volleys on them, cannon volleys have around a 15 sec cool down and are hugely inaccurate
7 - One of the skeletons walked off the edge of a cliff and proceeded to walk in mid air (appearently Jesus skeleton) through another cliff and disappeared
8 - Could not complete quest (thank you Jesus Skeleton)
9 - Killed the city guards for sh!ts and giggles
10 - Exited game. Just bought this game and DLC. This game is fantastic!!
Pros:
1) Really good graphics, even on my quiet old PC.
2) As said in description, now you can fight with your captain, and these levels are great.
3) Ships are glorious, you can almost feel everyone of them, and looks like newest is the best one.
4) Variety of quest, it's literally tons of them, and what is most important, is that you can just skip them all and just play this game
cons:
1) A lite bit baggy, but I hope developers will fix all as fast as they can, and after Mass Effect there is nothing to really complain here

I certainly recommend you to buy this DLC, and this game if you didn't get early.. One of the worst expansions\/DLCs in the history of video games. Base game is decent, but this pile of junk is nothing but frustration. Only reason I have this is that on sale the base game + this junk was cheaper than the base game when its not on sale, so kinda a freebie. And even then somehow I feel robbed\/cheated. Whoever made this hates their playerbase, no other explanation.

Without any way to save\/reload, the moment your ground expedition fails your SHIP is lost and you lose massive amounts of money\/cargo. Only way to win is to not play, otherwise you just get suffering for no tangible benefit. DO NOT BUY THIS. Love the DLC, even though there isn't much to it.

It offers a nice little adventure to set foot on land and do various challenges to get pretty good booty imo. The challenges aren't that bad but require time and patience. The rewards are great, you get a sizable amount of gold and an "enchanted" ship item that is better than the regular of the same type.

Then you get back on your ship to do it all over again!. its broken. needs a ton of polish, i think the ship uses a model of another ship since it gets me stuck everywhere and i can just run off it and walk on the ocean. the islands are just repeats every time. would not recommend in current state of the dlc. (still like base game though)