Star shelter is one of the first VR games with classic survival mechanics. You're stranded in a mysterious graveyard of abandoned ships, the only way out is to repair a broken spaceship.
You have to scavenge for materials and plants to repair and arm your spaceship.

Keep your oxygen, power, and hunger in the green. Grow plants, build solar panels and other objects to generate what you need.
Climb around the zero gravity but don't rely on your thrusters to much, they are fueled by the same oxygen you breathe.

Scavenge the wreckages of spaceships and be wary of hazards.

There's a lot of things still to be added so please let us know what you want us to add or improve upon.

Check out the FORUM and report any bugs or issues you encounter but also any ideas or suggestions you have.
We will evaluate every idea or suggestion that is posted.

Check out this SPREAD SHEET of bugs that are being worked on and add to it if you feel that something is need. 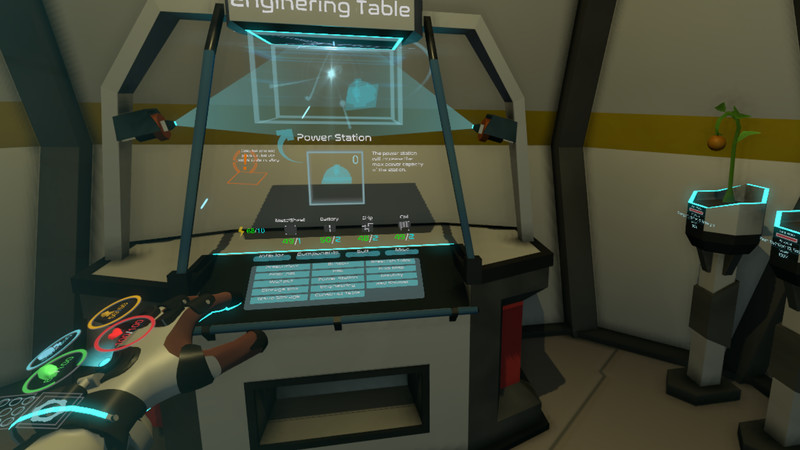 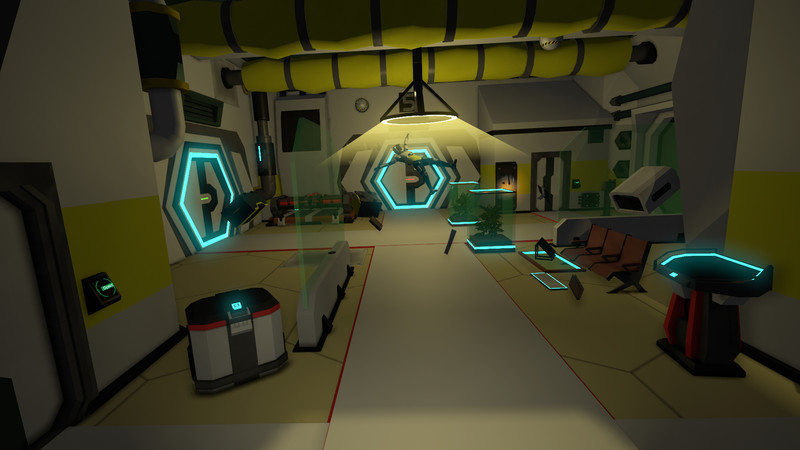 
Imagine the movie, Gravity, but in deep space, and you're the sole survivor, and you hav a good idea of how the game starts. Now imagine that the ship you were on had all the items you need to survive, and it's up to you to float around (using your suit oxygen as propellent) and you'll have a good idea of what you'll be doing.

There are a couple of bugs, I think, that I've found (like I suffocate when I still have air (wtf?)) but as soon as you learn to store EVERYTHING of value in your shelter inventory, dying and respawning will not be as bad as it is in most survival games. The bugs are not game-breaking in my opinion.

It's nice to see a proper survival game in VR not be about zombies or supernatural events. The gun they give you, so far as I can tell, is for destroying incoming meteroids and LASER turrets, not aliens. That's nice.. We played a few hours last night and we were very impressed. Controls scheme could use some work (like using trigger to put gun away while also firing lead to a few miss fires... :P) but that's early access. Over all I was way more impressed than I was expecting. Can't wait to see where this goes :). This is, quite frankly, one of the most enjoyable, and yet frustrating VR games that I have played to date.

The Good.
A fun and clean visual style.
Easy and fun movement system with options to adjust it.
Well put together sounds.
A wonderful menu/inventory system that makes you interact with parts of yourself, rather than just button presses.
An RNG scavenging system that can make you.

The Bad.
An Rng scavenging system that can break you.
The hazards seem to have a random allotment. In my first game after the first twenty minutes, there were about 15 drones hovering outside my ship... I could go nowhere. The second game, 30 minutes in, and I had seen exatly 3 drones... The I blew up my ship with a rocket mod and felt the need to restart.
Third game by 30 minutes in, at any given moment, there were at least two meteorites headed for my ship... When I got a notice and looked, and saw 8... EIGHT meteorites headed for my ship... most of them headed for the solar panels I had up... Well... you see where this is going.
The Physics can be a bit wonky at times.

The Ugly.
Can be very hard to get started, since you won't know what kind of start you have until you've already invested a fair amount of time into it.
When you die, you lose any materials, mods and upgrades you made to your suit, which makes sense, But it hurts... it hurts so good.

The look and feel match perfectly, and there were moments when I truly forgot myself.
Now, this is going to sound horrible, but at one point, I found myself staring at a piece of fruit, waiting for it to grow because I had just found the seed, and my hunger was at 6 points, with 68 health... And I was holding a dialogue with myself about whether this would save me, or if this character would be happy enough that the next iteration would be better off.
I died by the way.
One of the niftier features is the fact that when your character dies, It's not cloned, or revived, instead you are now a new name and age... which is purely cosmetic, and yet I found myself playing differently for each iteration based on the personality I assigned to the name.

If you are having a hard time finding what you need on the debris around you, head to home base, fly up to the pod on top and hit the sleep button, this resets the randomness of the debris fields, and spawns new major discoveries.. Game was fun, mechanics were fun, past tense cause it caused me nausea. I'm hoping they fix that so I can play again.

Also be nice if it would snap you in place when you get close to the menu of or move them based on your perpective. Its annoying trying to read from behind or odd angles.. Very cool game even for early access. Developers are constantly updating, and the discord thing is great. For what they have planned, I think this game will catch more traction once more is released. Has alot going for it. once its out of early access, I'll edit my review.