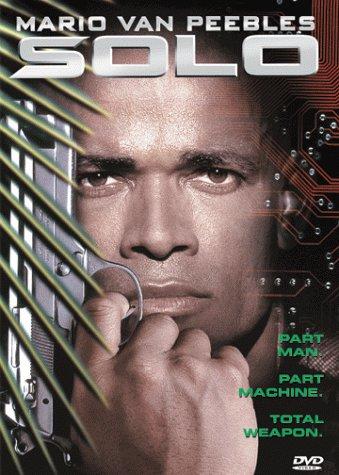 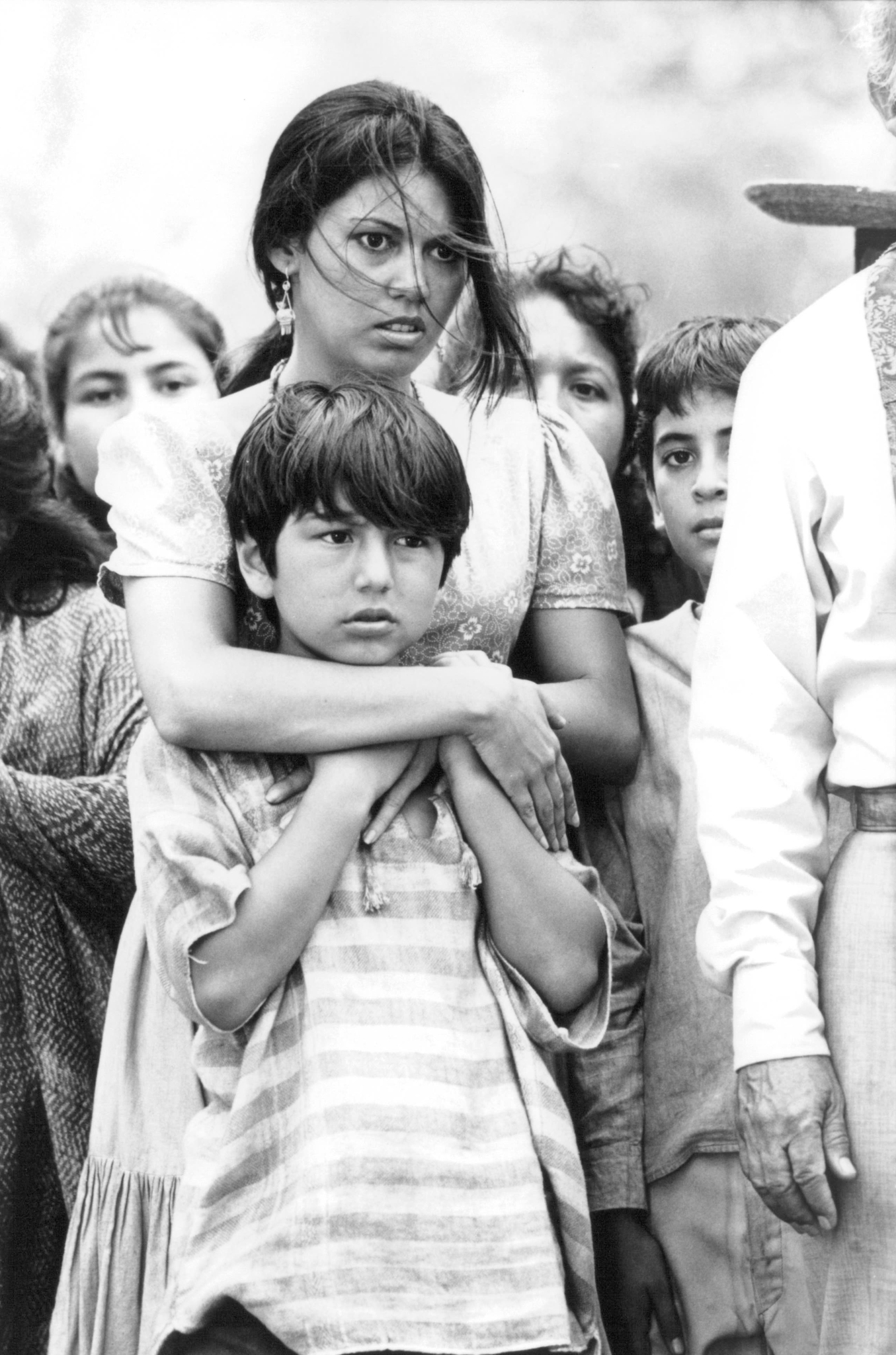 Mario Van Peebles stars as an android killing weapon designed by the military and utilized to enter into a Latin American war to destroy the rebels - natives fighting simply to maintain their freedom. Contrary to his programming, he develops an affinity for the villagers and decides to help them fight back. This lets his creators bring him back and ultimately leads to one of them being given more powerful circuitry to defeat him.
When you see Barry Corbin in the cast of a movie, you can never be sure if it will be a classic or trash. Guess which category SOLO falls into. Apparently derived from a popular sci-fi novel, WEAPON, SOLO stars Mario Van Peebles as a human-looking robot who decides to think for himself and is thus targeted for elimination. He hides out in a Mexican village, obviously to save money on locations and extras. Paying in pesos is cheaper than paying in dollars, I suspect. William Sadler is along for the ride, as one of the robots and soldiers sent to destroy Van Peebles. Van Peebles manages to beat them all with ease, of course, while Corbin watches all this with bemusement from afar. The movie is a horrible ripoff of the THE TERMINATOR and CYBORG series, and apparently has little to do with its source material. It is horribly written and acted, and the big fight at the end if downright comical. Van Peebles, a decent actor elsewhere, is a scream as he pretends to be a robot covered in synthetic flesh. He looks like he is doing the Robot Dance most of the time.
An independent action sci-fi (The danger alert !) + Mario Van Peebles (Not my star or even close !) + A story about human android (Terminator-Peter Weller-I'll Be Back kind of crap.. NAAAY !) = The early healthy sleep is surely much better ! Though as funny as it may seem (for me mainly) I liked it very much as dexterous action movie or as good story with a lot of important potentials.

(Solo) is the electronic super soldier who got human and became more sensitive than all the senseless war machines around him whom ironically are the original humans! It's Frankenstein again but in Schwarzenegger's kind of shape with the conflict of the little village and its protector "one" samurai against his crazy makers ! I just want to assure how catchy the elements of the story were, which made me confused about how the big Hollywood majors missed that one ?!

I couldn't believe the presence of so many good things since my experience with familiar low budget flicks was horrible. For instance : The script. Actually they could have recreated Frankenstein who takes revenge cruelly on its makers, but on the contrary we've watched the (human/beast) conflict and how (Solo) personifies – by his muddle newborn humanity – the noble martyr of this inferno or that greedy degenerate human world. Also how it was wonderful to begin hotly enough with the point of attack when (Solo) the robot uses his own merciful tactic, then we watch his past briefly and smartly after. Moreover the nice touches to affirm his importunate desire to be human (the childish wicked tricks, the joy of the smile, the meaning of sacrifice.. etc), and the idea of another electronic more lethal soldier at the end was unpredictable along with expressing as we watch the ultimate confrontation where the heartless American military commander turned perfectly into that mighty monstrosity against the android where the android looked more high and powerful because of what he already learned from the pure human souls. And although the android triumphed eventually, but the sole (solo) must die at the end as the only one there who is deadly and "kind" in the same time, so he couldn't live by the deranged logic of this world, yet his death informed about how the human could win the beast humanly ! That final truthful laugh was such a marvelous end which summarized the main victory of (Solo) and the basic tragic sense of the whole thing (maybe that's what Hollywood hated in this story).

The direction wasn't that vapid or that Kubrick either. It made fair action despite the non-zillion budget. Then we come to the matter of (Mario Van Peebles); regardless of the ordinary charisma and the quiet career which both didn't serve him much; this actor confirms here how talented he is. His performance grasped the subtle features of Solo's personality even if it seemed so easy to act. This man, as a true actor, gave a lucid effort to show us (Solo), not as another metallic character done by metallic star; he put some simple human sense in the mix to watch carefully how (Solo) the machine feels the pain of not feeling, to experience the confusion of the human games, and to taste his unfortunate mineral laughter (That was his best scene). (Peebles) succeeded in playing (Solo) clemently; by putting slight doleful compassion with strong pride right in his eyes, voice and moves.

Maybe I didn't like that stereotyped forever-evil guy; not because its bad conscience, but for its bad construction, where he was so devilish with no convincing reason or whatsoever ! But anyway, (Solo) is solid piece of work that made such a new Frankenstein, mixed it cleverly with the one-man-army action hero, and while presenting the story of the monster; didn't turn into one itself !