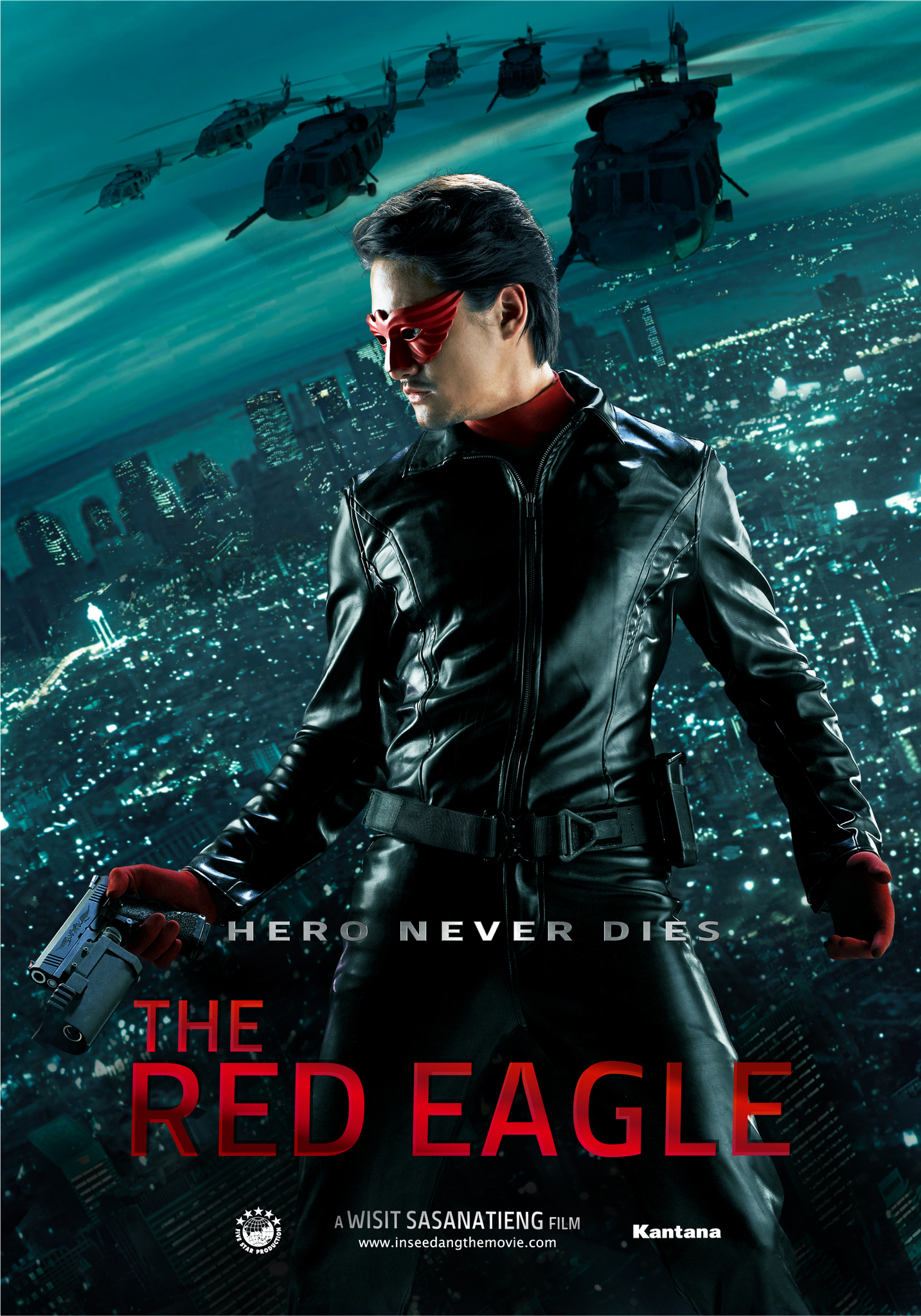 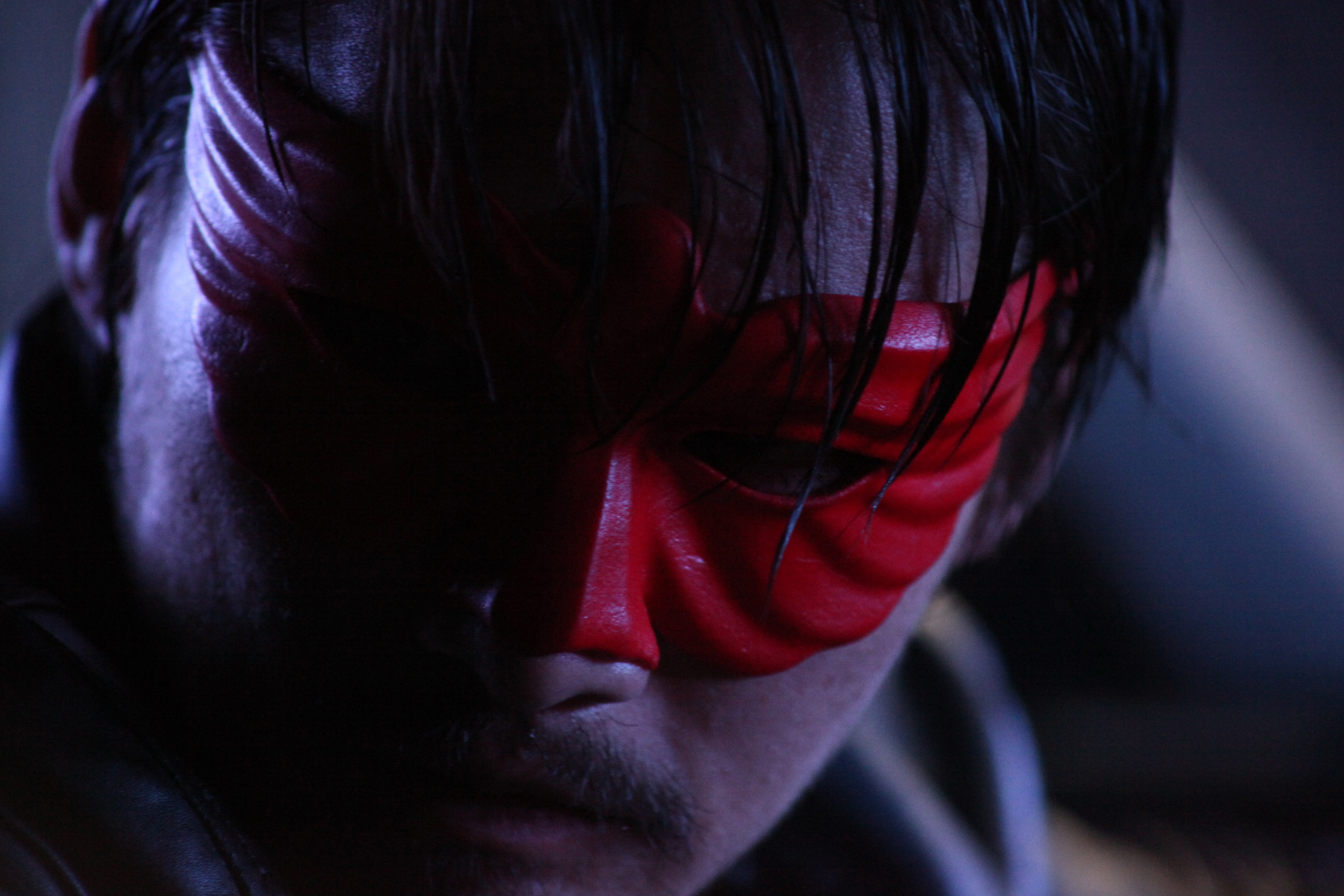 Where to start ? A slow paced movie of more than two hours, has some 15-20 minutes of solid fight scenes, but between them, everything else pretty much sucks. Storyline is dumb and incoherent, so is directing style and editing. Music is annoying, although there's some nice sound work during sword fight scenes. Characters are developed without a clue, probably by a 7 year old kid.

I like Asian movies and I see there's a lot of cash invested in this one, so I'm kinda sad to rate it this bad. Maybe it's because I expected something nearly as good as Ong-Bak (first part). But there are simply too many flaws to forgive. Red Eagle is far, far from the afore mentioned best action movie that came out from Thailand. To begin with, being a superhero fan in general and a fan of Asian movies will definitely help as to whether or not the viewer will find this film worthwhile. I happen to be both, and for the most part, I enjoyed this decently done movie.

First, the cons: The plot, mainly involving the protest of a nuclear power plant being constructed, was somewhat interesting, but since the movie is over two hours long, it does drag on at times and by the end, you just don't care what happens all that much. Time seems to jump around a lot too. The story includes multiple flashbacks, most of them are to help establish Red Eagle's background, which is fine, but they occur too often throughout the movie and some are just a tad overdone. The acting isn't all that great either. There's really zero chemistry between Red Eagle (Ananda Everingham) and his "companion" Vasana Tienpradab (Yarinda Bunnag), and after they pull off this awkward, rushed, no real nudity, sex scene in a huge refrigerator full of ice blocks, it looks like they're going to high five when he drops her off.

Last, the pros: Clearly, the action. You can never have enough action, but it's peppered throughout the movie just enough to remind you that you're still watching an action movie. At times, the cinematography, the lighting, the color, and the special effects are spectacular. Occasionally, when Red Eagle breaks an enemy bone somewhere, you'll see an in-motion X-ray of the actual bone breaking like in Romeo Must Die and Final Destination 4. One of the high points of the movie, about halfway in, is when Red Eagle meets up with an assassin called Black Devil that was hired to kill him. A long, awesome fight sequence ensues; complete with a chase over building tops, a well executed sword fight, and a showdown on the ceiling of a falling elevator. Also, the few, unexpected Red Eagle's gadgets that spring up from time to time serve as a nice Batman-like touch. A big refresher too is the fact that Red Eagle doesn't hold back on any moral issues when fighting the bad guys. They don't have their hands cuffed, but cut off rather, and a high amount of blood-soaked fatalities spread over most of the battles.

I must admit, some action movies, after watching once throughout, I will watch again, but just skip through the talking to just the action itself. This is one of those type of films. I still did enjoy the entire film overall and do recommend it, especially to anyone to enjoys the crime fighting genre. So give it a try and once you get through it, you'll see what I mean.