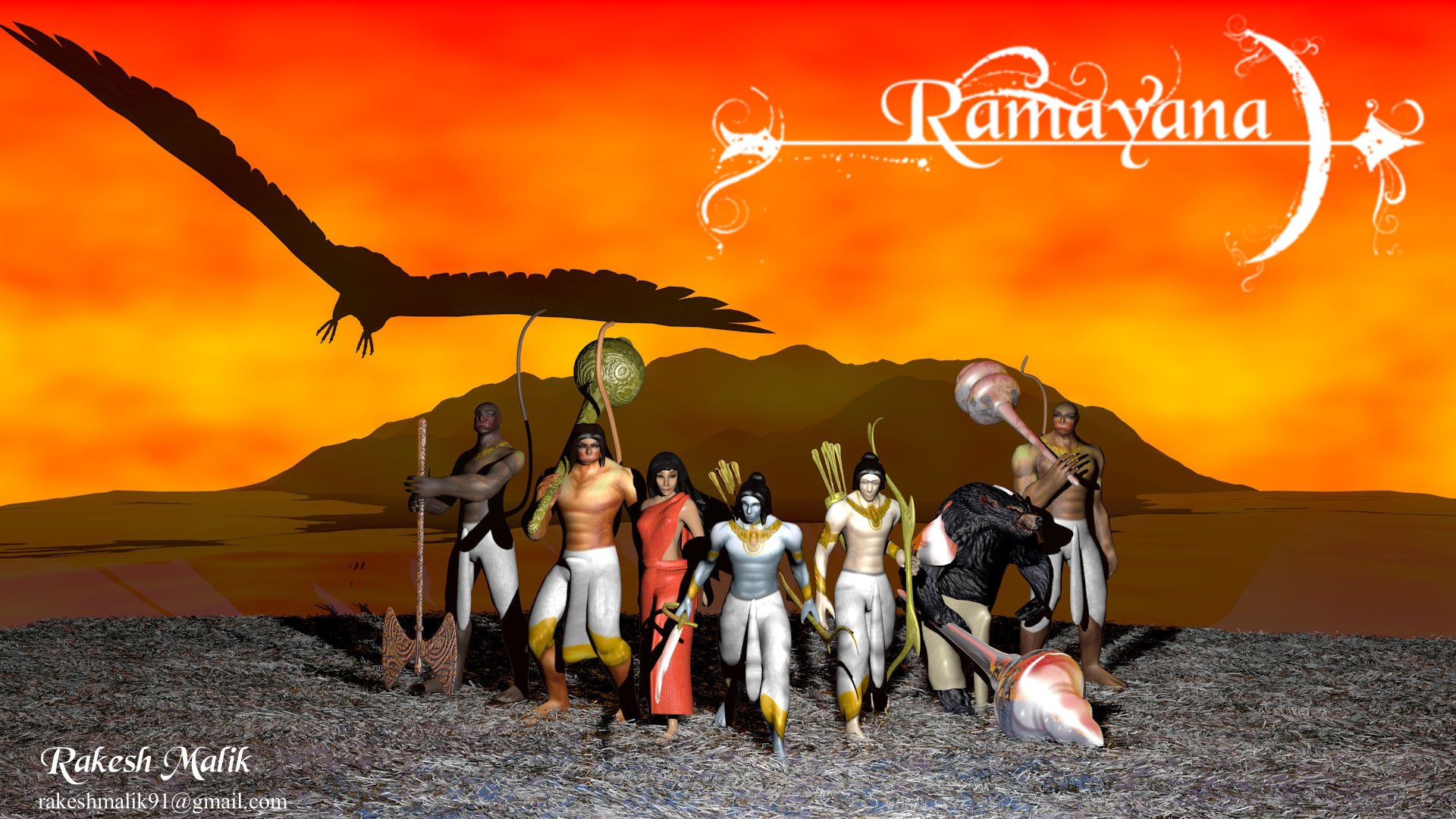 
This is a Realtime Strategy game on plot of great Indian epic Ramayana.

The story is about how Rama and Lakshmana gathers a monkey army to defeat demon army and finally defeat demon king Raavana to save Rama’s beloved wife Sita.


Story of Ayodhya:
--------------------------------
Dasharatha, King of Ayodhya, has three wives and four sons. Rama is the eldest. His mother is Kaushalya. Bharata is the son of his second and favorite wife, Queen Kaikeyi. The other two are twins, Lakshman and Shatrughna. Rama and Bharata are blue, perhaps indicating they were dark skinned or originally south Indian deities.
A sage takes the boys out to train them in archery. Rama has hit an apple hanging from a string.
In a neighboring city the ruler’s daughter is named Sita. When it was time for Sita to choose her bridegroom, at a ceremony called a swayamvara, the princes were asked to string a giant bow. No one else can even lift the bow, but as Rama bends it, he not only strings it but breaks it in two. Sita indicates she has chosen Rama as her husband by putting a garland around his neck. The disappointed suitors watch.
King Dasharatha, Rama’s father, decides it is time to give his throne to his eldest son Rama and retire to the forest to seek moksha. Everyone seems pleased. This plan fulfills the rules of dharma because an eldest son should rule and, if a son can take over one’s responsibilities, one’s last years may be spent in a search for moksha. In addition, everyone loves Rama. However Rama’s step-mother, the king’s second wife, is not pleased. She wants her son, Bharata, to rule. Because of an oath Dasharatha had made to her years before, she gets the king to agree to banish Rama for fourteen years and to crown Bharata, even though the king, on bended knee, begs her not to demand such things. Broken-hearted, the devastated king cannot face Rama with the news and Kaikeyi must tell him.

Abduction of Sita:
--------------------------------
Ravana devises a plan to abduct Sita. He sends a magical golden deer which Sita desires. Rama and Lakshman go off to hunt the deer, first drawing a protective circle around Sita and warning her she will be safe as long as she does not step outside the circle. As they go off, Ravana (who can change his shape) appears as a holy man begging alms. The moment Sita steps outside the circle to give him food, Ravana grabs her and carries her off the his kingdom in Lanka. 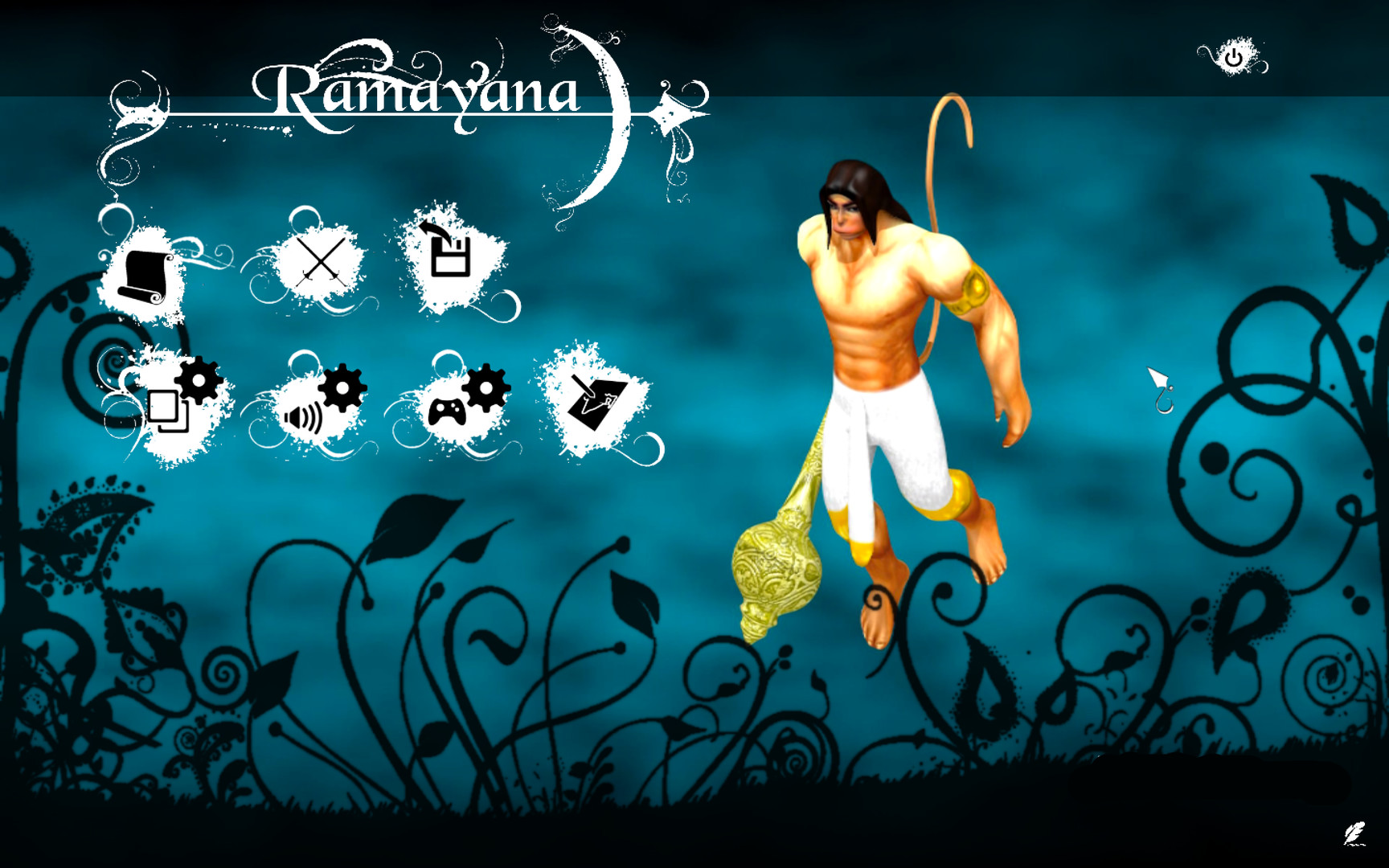 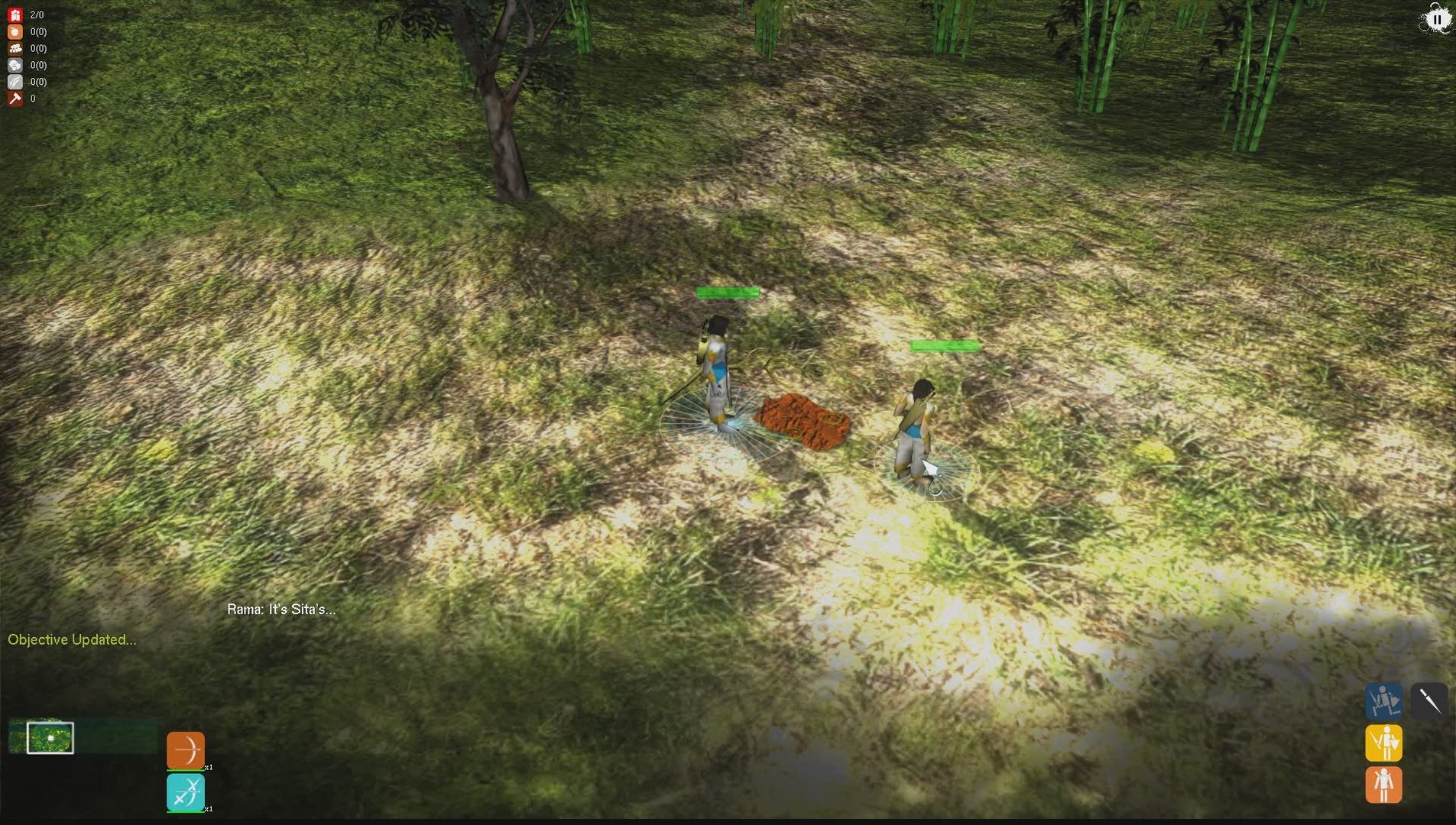 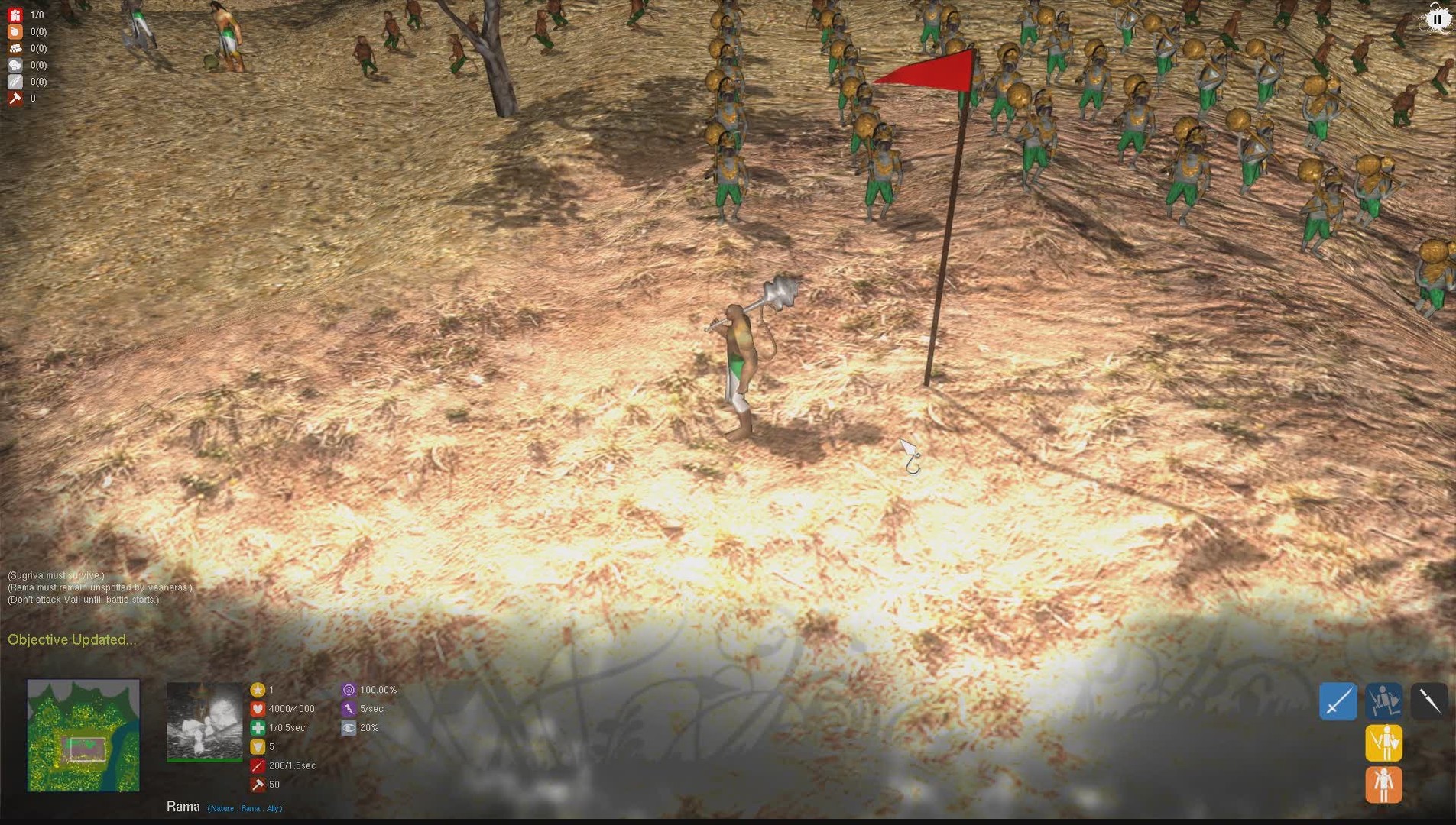 This is so bad that it is hardly playable. How can you make something so basic in graphics and it still won't run smoothly on a gaming laptop. Adding insult to injury is the appalling narration. Good high school project, not worthy of a paid game.