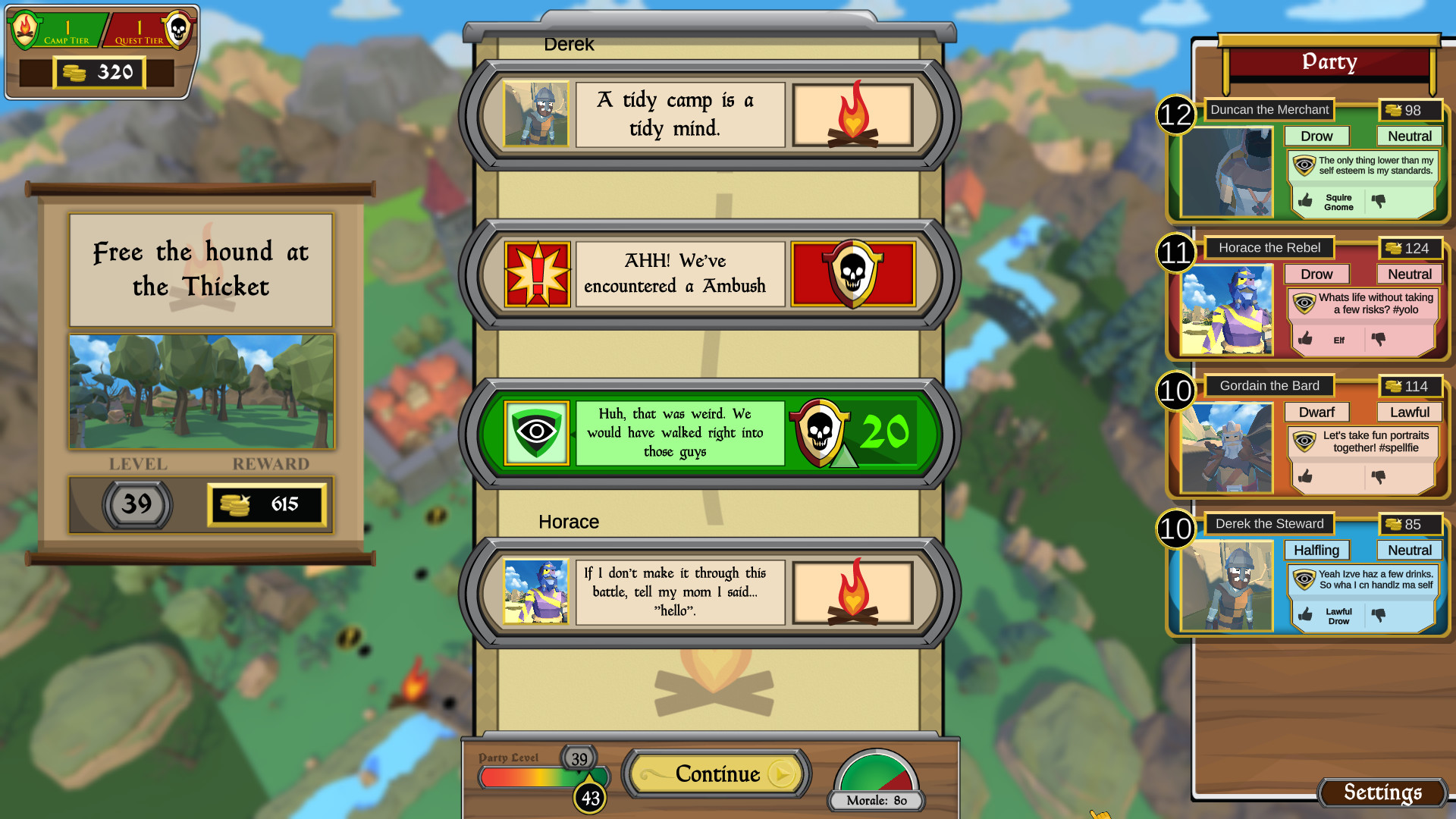 Using a Tinder like mechanic, manage a party of personalities on epic (and goofy) quests. Swipe right on who you like. Swipe left on who you don't. Watch out for liars and be careful how you spend your gold! Of course there's plenty of exciting encounters along the way. Can you keep everyone happy while turning a nice profit? Make a name for yourself, in Questr!


Epic quests need Heroes who need each other...

Personality driven gameplay - Each randomly generated character is created out of over twenty different personality types, six different races, six different occupations, and three different alignments. Some personalities get along. Some don't. It's up to you to manage all this craziness and guide your party towards then end of your chosen story path.

Over thirty unique encounters. Each personality wants to deal with each encounter in a different way. Choose wisely and group morale increases. Choose poorly and, well... 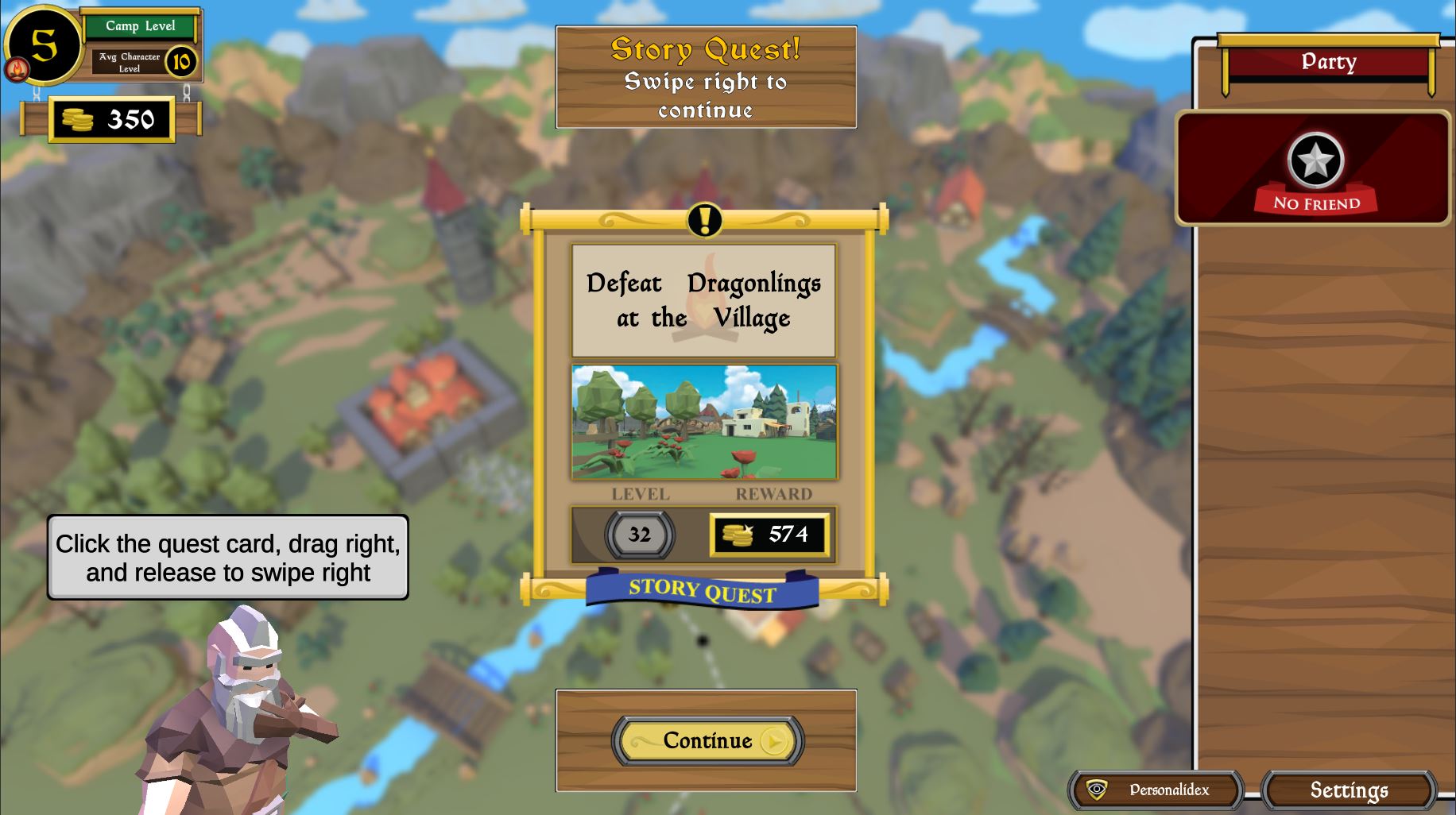 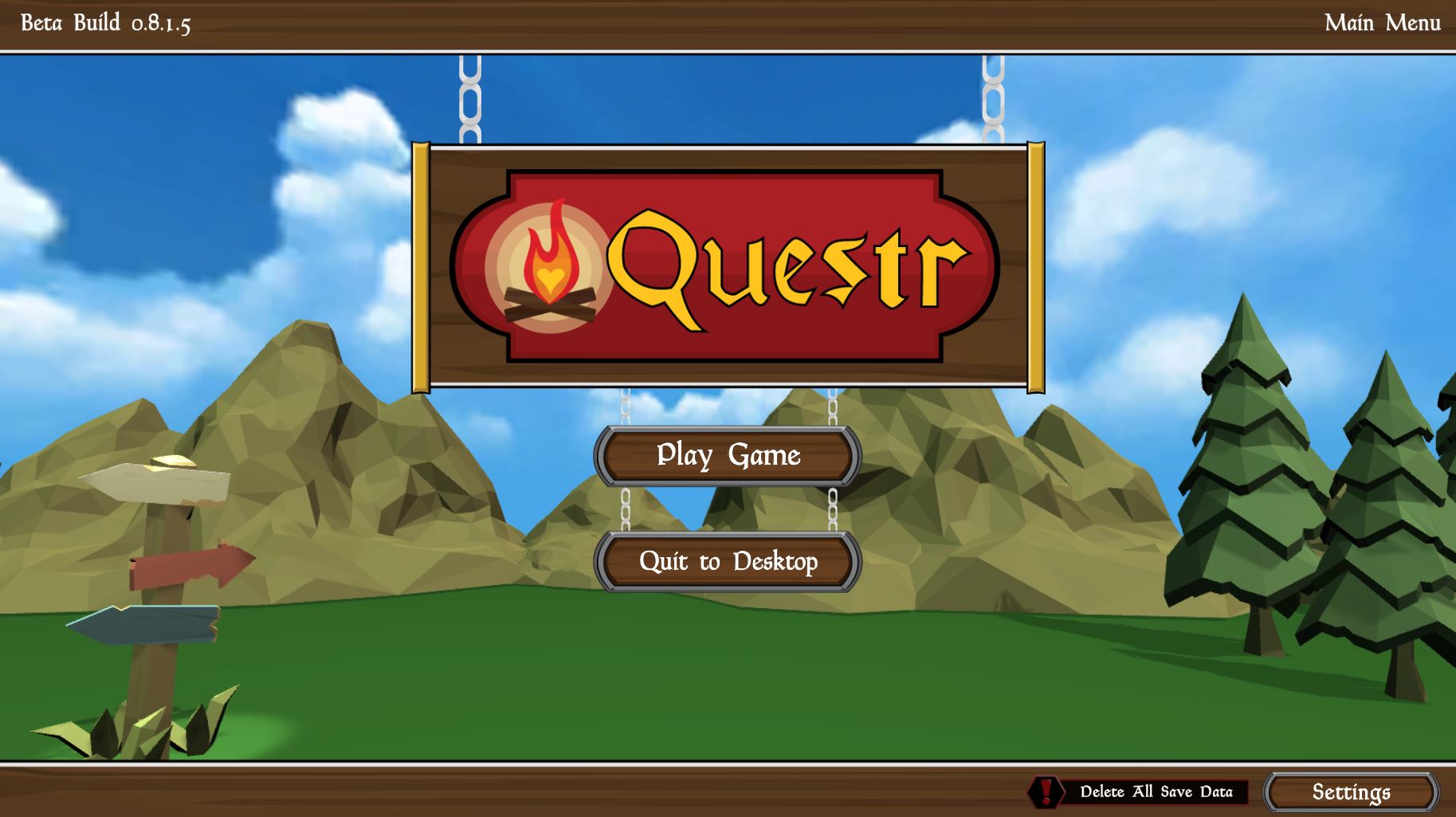 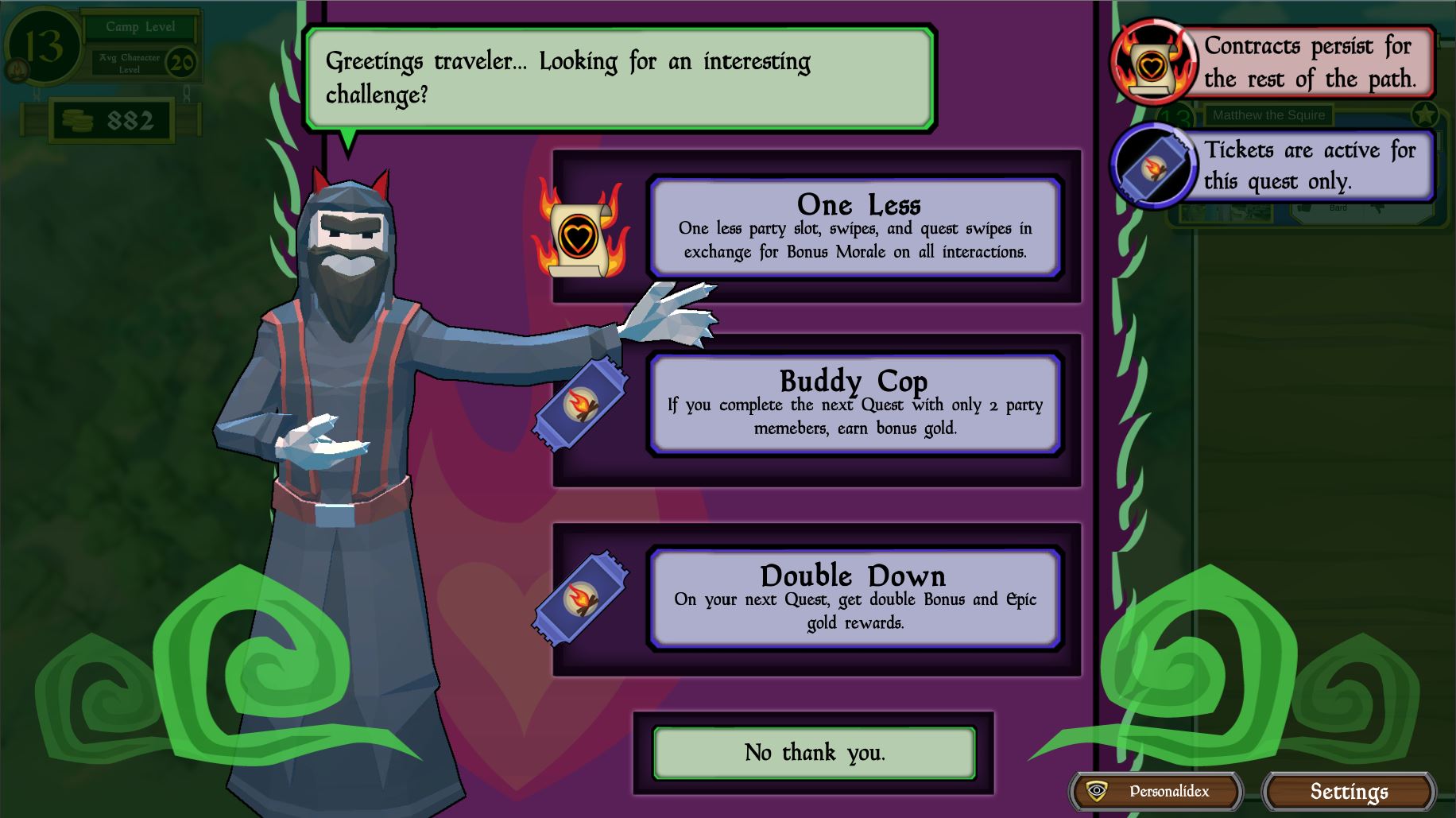 It has rogue-like mechanics; you build a team of people based on humorous Tinder \/ Internet stereotypes wedged into medieval caricatures, choose a quest, then progress through a series of dilemmas in which you choose which of these adventurers attempts to resolve the problem. Morale goes up or down depending on your success, and is also affected by the interactions between the party members; your final success chance is greatly influenced by how high you manage to push your morale during the quest stage. Finish, and you can try to "friend" a member of your party to form the core of your next group, and move on to the next stage. Continue succeeding, and you can do another major quest. You fail when you run out of gold, and can start a new game. There are some upgrade mechanics along the way, in which you must risk the benefits of the upgrades versus the cost in gold.

There is no saving, only auto-saves on node completion.

Some of the character classes are baffling to me, and I'm not sure whether they are ever a good idea to have on the adventure; I found myself gravitating to the same classes on each play-through and avoiding others. I haven't played that much yet, however, so it's possible I'm just seeing early encounters that require specific skills.

I would rather play it on a tablet given the choice, but it appears only to be on the PC at the moment.

It would be nice to see the game engine used with a more serious story and dialogue, but the humor version is okay. It's probably funnier if you've used Tinder (I have not).. is good , do buy


Major updates!:
So the first couple patches of the new game architecture are now live, with much more on the way!

Disclaimer: it's a drastically different game, if you played the initial release where the main focus was on ship combat and world map construction.

The main focus is on sidescroller / platformer style action, but don't worry! Vehicles will return...

Some of the basic character combat mechanics are built, and structure building / removing as well. You can also collect some gems and throw them back at your enemies as grenades!

The next couple updates will fill out some of the HUD controls / icons / descriptions, and also add some more building construction options, so it will actually start to feel like a real game!.