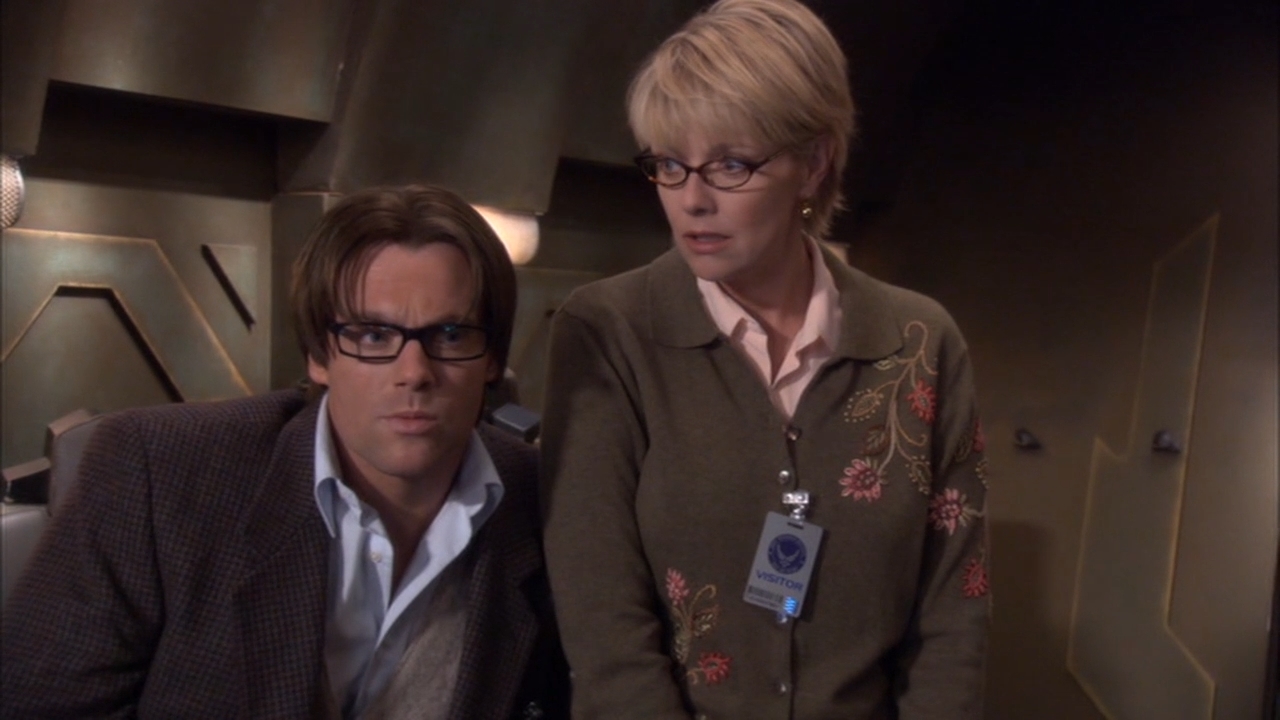 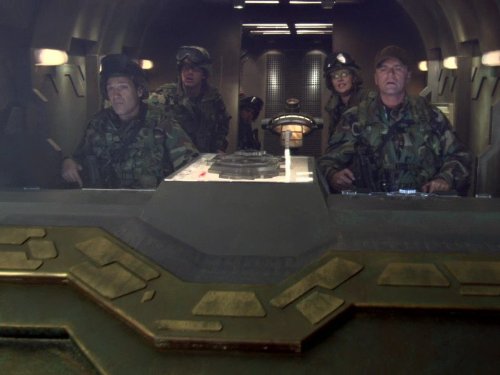 The trip back in time to 3000 BC has altered the time-line. In the new time-lines, Daniel and Sam are nerdy scientists and O'Neill is out of the military. The stargate has never been found and SGC does not exist. Brigadier General Hammond has come into possession of a video camera found by archaeologists in a 3000 year old tomb. In the video, Daniel Jackson tells the story of SG-1 from their time-line. It's now left to the alternate characters to try and make it right.
SG-1 has changed the course of history and made SGC virtually non-existent. Doctors Carter and Jackson have helped Brigadier General Hammond to find the Antarctic Stargate, but are not being allowed to help any further. They help Jack to power up the time machine, and he gets Hammond to allow them on the mission to find Teal'c.
This really is one of the worst episodes of "SG-1" in a long, long time. Probably the worst since "Prodigy", one of my least favourite episodes.

After "Moebius Part I", I was expecting a lot more from this episode especially since it was Richard Dean Anderson's swansong as a regular. It was cool to see General Hammond, Rodney, Apophis and Kawalsky in "SG-1" again but, in fairness, they didn't really do anything that important. It seemed to me that they were just brought back for the heck of it. One character is okay but FOUR is a little overkill.

I also really disliked the stupid, sappy ending. I'm all for Jack and Sam getting together at some stage but it's not the only reason, or the main one, I watch the show. I watch it for the humour, the great story lines, the great special effects and the usually above average acting. Unfortunately, this episode was low on all of them. It was obvious that they'd spent most of their special effects budget on "Reckoning" and "Threads". It was such a cop-out to kill off the original timeline Jack, Sam and Teal'c and the alternate timeline Daniel so they wouldn't have to do any split-screen shots. Having characters meet other versions of themselves is one of the main things that I love about time travel or alternate reality episodes.

The actual ending was a big anti-climax. Describing it was certainly not enough to satisfy or even engage the viewer. To think that this would have been not just the season finale but the SERIES finale if the show wasn't renewed for a ninth season makes me shudder...and gives me an upset stomach. Either "Reckoning" or "Threads" would've have been a much better season finale and a swansong for RDA. This isn't the best written episode and certainly not a good season's finale. But it's not all bad. It's fun to see the members of SG-1 in an alternate timeline without a stargate or even a good life. And it's nice to see some "old" faces and finally the pyramids on earth and Ra in its prime in Egypt. Many of the scenes in the alternate timeline are very well written but the time travel story itself is not. I agree that Carter would've never said yes to the time travel especially when there is no imminent thread they need the ZPM for. The solution isn't as believable either. By the way, I think neither the original SG-1 nor the alternate SG-1 travel back to the future. The alternate SG-1 just puts the ZPM in a place where it can be found about 3000 years later so that the time travel will never be necessary and therefore the past will never be (significantly) altered. (alternate Carter says at some point that they will stay in old Egypt). A "typical" time travel paradox, but not of the best sort.

So 8.5 points for a nice and sometimes quiet funny written alternate reality but only 3.5 points for the story as such.