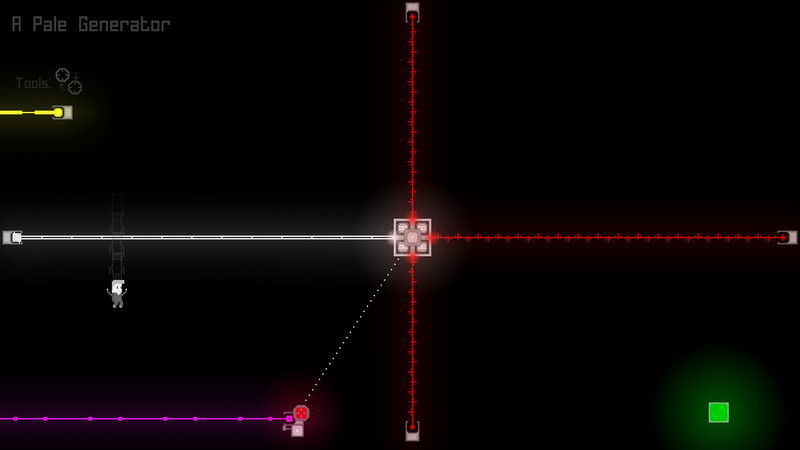 LightWalk is a 2D puzzle platformer where every surface is a Laser. In this world, Lasers stop each other where they intersect, so you can change the entire configuration of a level by placing a block. There are a variety of laser types that can help or hinder you in getting to the goal of each level, and there are different gadgets that let you interact with Lasers in different ways. The goal of each puzzle level is to get the player character to the goal block. 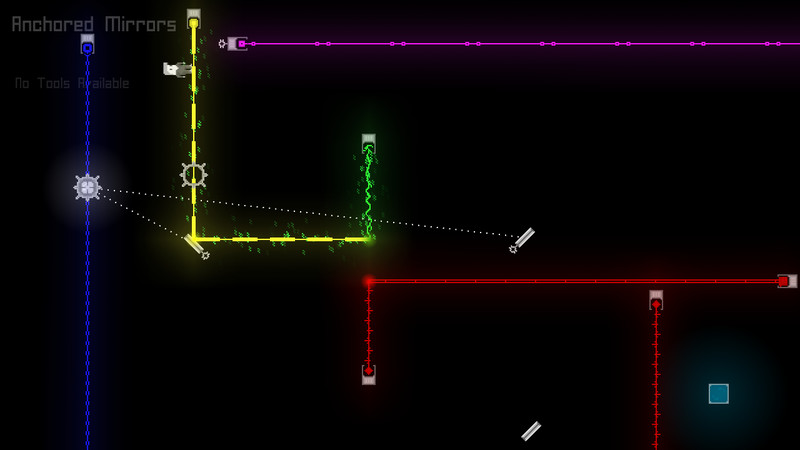 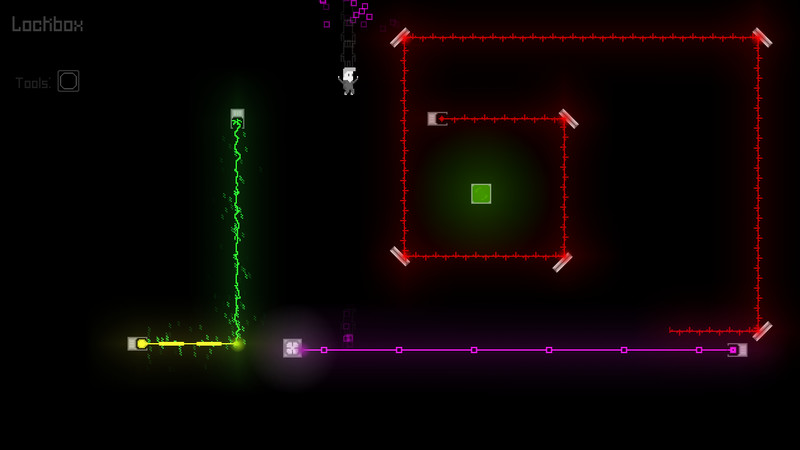 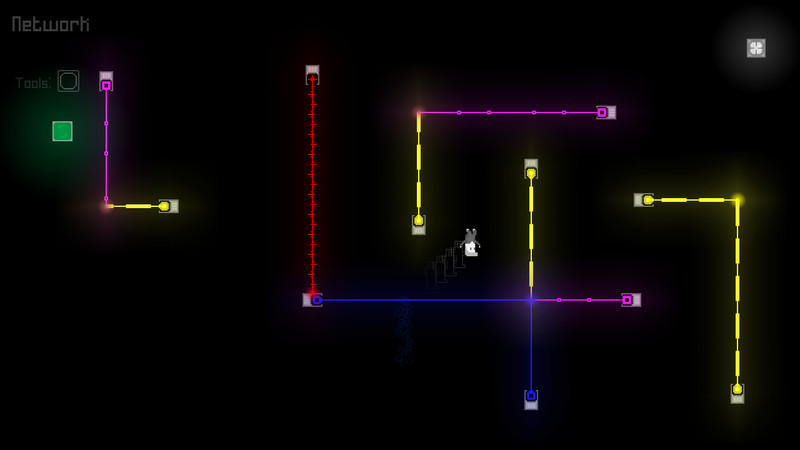 
While this is definitely not as mind-blowing as Pony Island, this is definitely one of the most innovative puzzle-platformers I have ever played. There were many instances where I was completely stumped as to what I was supposed to do. It takes a few tips from the books of other platformers and adds a few incredibly unique spins on them. Whereas INK left me wanting more, I felt like an incredible sense of fulfillment after completing the game. This is a game that simultaneously demands that you take your time and train your reflexes. Also, there's a level builder; that alone is worth the price of admission.

LightWalk is a pretty cool game. Using various lasers, each with different properties, and a few other world-altering devices, you navigate from a start point to an end point. Lasers form corners when they intersect, stopping them from going onward, and sometimes interact with one another to do things like steal the properties of the laser they're interacting with or making them serve as a live-wire to your mouse cursor.

The main draw from LightWalk is that you're solving puzzles that can change completely depending on what you do with the tools at hand. Sometimes, you're switching lasers from different emittors to make new paths. Sometimes, you're blocking certain lasers to keep them from being a blockade. Other times, you're using a slider to manipulate the entire level via a single laser and a few different switches. It's very simple in theory, but the puzzles can get complicated when enough objects and different colored pathways are involved - especially when you start flying backwards, warping to the other side of levels, and trying to keep your mouse cursor from exploding while navigating the mazes that form.

The music is great. It's very unobtrustive, although it can get a little grating if you're having trouble beating a level. Each level has one song attached, so you might listen to the one song on loop for six or eight levels before hearing a new one. Regardless, I purchased the soundtrack on top of the game, as it is a very nice soundtrack.

One of the developers has made it a point to me that it's easy to overcomplicate the puzzles - instinctively, as a gamer, you want to multitask with the mouse and the character's movement. However, if you're doing the puzzles the 'correct' way, you don't often need to do this. Regardless, some of the levels I finished in a clearly unintended way by either doing both at the same time, going around obstacles I wasn't meant to go around, or manipulating the physics in an interesting way. This probably made the game harder for me, but sometimes it's hard to see the intended solution to a puzzle. I believe that's part of the fun, though - being able to take multiple paths to solve a puzzle lets you put your own spin on things.

The levels can get a bit annoying. Often times, it's easy to not understand one step for a solution to a puzzle you understand the rest of easily. At one point, I had to put the game down for a week and ask for help afterward because I just couldn't figure out the puzzle. This is probably a good thing for people who like puzzle games, but for someone like me it can be a bit frustrating, especially when you find the correct answer and feel stupid.

On top of that, some levels are clear cheap-death machines. One of the levels near the end took me something like eighty tries, because you *had* to move the mouse and player in sync, and had very little chance to rest between sections. You'll know which one I mean.

Progression kind of feels off in some regards. The lasers and tools are introduced to you one by one in order to teach you the properties of each, but the final level only involves two laser types and a single mechanic, which is kind of sad, I guess? You'd expect near the end to have a multi-tool extravaganza where everything is thrown at you at once. However, that might have just been a bit too much for any player. I'm not a level design expert, I just felt a little gyped by the simplicity of the last levels in general - I expect those levels to be the hardest, but for me they were not, where some of the middle levels took me forever.

The level maker is a nice addition, but without Steam Workshop support, it falls flat. The only way to play other people's levels is to go out and find them, and there's no real place to go out and look. The developers put a thread on their Steam forum page, but there's nothing *there*. The only way to play other people's levels is for other people to make interesting levels and post them, but since there's no way to centeralize the files (and since the process of getting new levels is literally downloading and importing files), it's just not the kind of feature that makes the game shine. Since the levels are packaged one-by-one, you can't make a 'campaign' like the main campaign is packaged, which is also a bit frustrating; players will play your levels in their order, rather than yours, which means you can't tailor an experience like you can in the more in-depth level editors for games out there.

The last thing that I can really harp on with LightWalk is the replayability. I've beaten the game, I've put it away. It would have been nice for a time trial mode, or unlockable 'expert' levels, or a par mode like in Portal, where the number of deaths\\clicks\\time\\etc determine your ranking. LightWalk with an online scoreboard would be pretty interesting, but I can appreciate the level of effort it would take to run a server and host the scores. If the level editor was more integrated with Steam, you could get a little more life out of the game, but without something to strive for, it's 114 fun levels and you're finished.

LightWalk is a solid experience. I imagine if you like puzzle games, you'll get a kick out of it. If you're easily angered by not being able to figure things out, maybe less so, but it takes all types, right? For the $5 price tag, you get some decent gaming out of it, a mindbending experience with simple physics that build up and are explained in a great way, interesting levels that make you stand back and create attack plans before and during gameplay, nice music and sound effects, and a way to test your logic and mental epitiude. I don't regret the purchase, and could see having more fun with it with some other goals or new levels. If you want to blow a weekend on walking a guy around void black rooms with lazor beamz as floors (and ceilings, and sometimes floors but sideways), it's worth the cash.