A Battle Royal Sandbox Single player, land on large island with many NPC's and battle it out in ever decreasing battle area, keep fighting till you die or kill everyone else.

--- Play multiplayer with upto 4 friends against Bots and also can play against friends too. 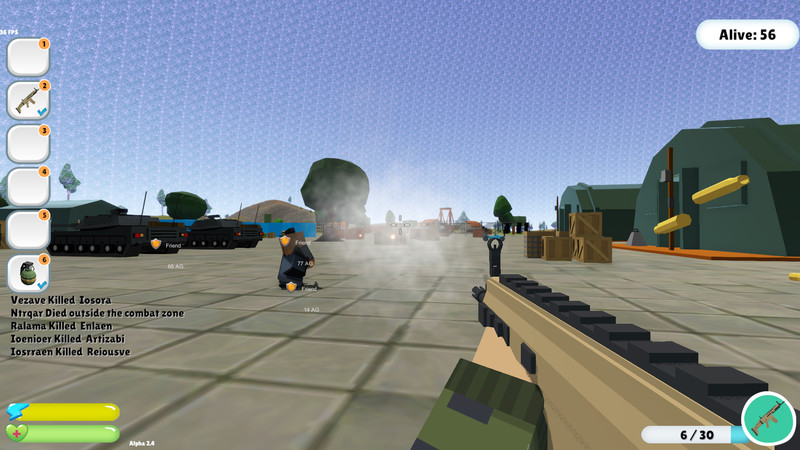 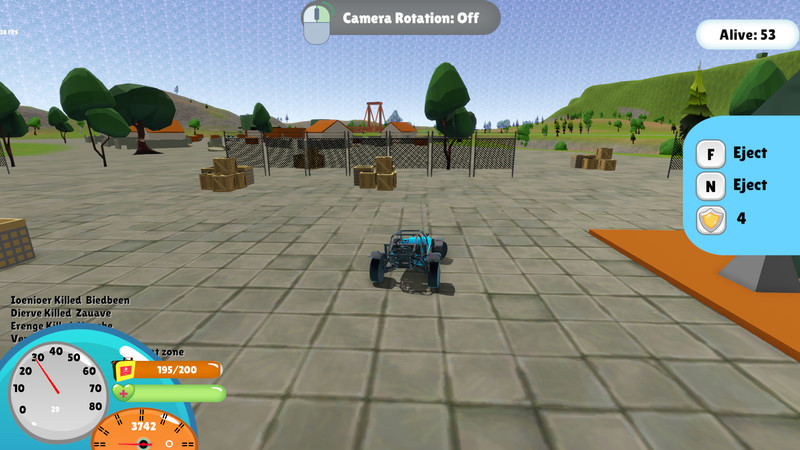 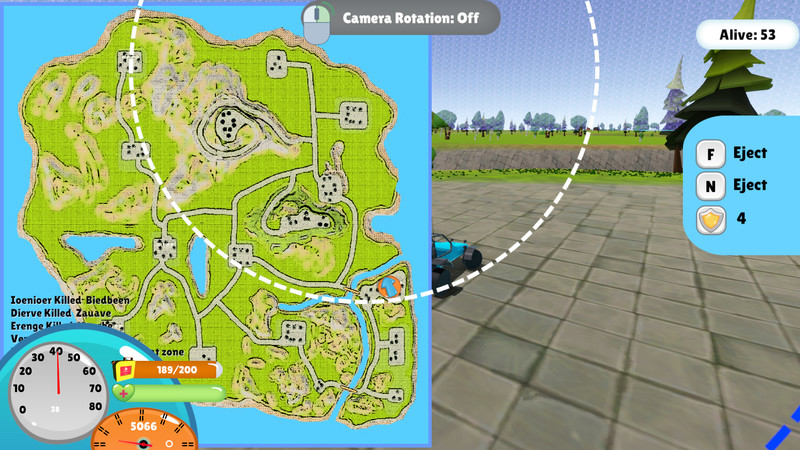 DO NOT compare this to PUBG or Fortnite, its a game all its own in the battle royale genre.
People are reviewing this game like a triple A title when its not.

First i will go over pros, then cons, bugs, and lastly my comments on the game.

Bugs
-sometimes geting in a car will launch you back 10ft
-if you are reloading and you open your inventory the gun does not load and the clip you where loading disapears
-bots switch gun models frequently. The bot might be carrying a m16 then all of a sudden switch to a ak 47 and when you kill him he is carrying a scar.

Comments
-Please keep the singleplayer
-Make singleplayer offline(i turned off my wifi and the game needs conection to play)
-Multiplayer would be nice, co op or full out 64 people(the dev did say this might come)
-add M16 or M4 (i dont know why but seeing the bots have it and i couldnt made me mad)
-maybe add a smaller map for people with worse computers
-Add option to switch between low poly\/blocky characters and cartoon characters (or replace arms)
-Bots not 100% hunting me (in battle royale i had 15 around me and none of them where shooting at each other)

Conclusion
-i'd say buy it
If your computer is to weak for PUBG or Fortnite, and you want to get into the battle royale genre then this is a good start, and great for some laughs.

. This is very much what it looks like.
A PUBG rip-off.
There are quite a few bugs, so I'll list those here for the developers sake below the link.

Video for a couple games worth of gameplay:
https:\/\/youtu.be\/TJUIa00Vmuw<\/a>
This is very much what it looks like.
A PUBG rip-off.
There are quite a few bugs, so I'll list those here for the developers sake:

Glitches that I have observed:
Enemies running into the blue to die.
Falling out of the Helicopter at the start for no reason.
Not being able to turn with the mouse at random times.
Not being able to pick up items with an open inventory.
Red Dot sight it not in the center.
Enemies vanish and reappear at random.
Trees have hitboxes twice their size.
Sounds randomly start and stop in vehicles.
Can shoot and walk normally underwater.
Grenades sometimes throw sideways for no reason at all.
Cars drive through walls when enemies drive them.
Three blue circles instead of one in Layers like an onion.
Weapons always show ammo on the right even when you are out.
When falling in parachute, the screen has a seizure.
White circles don't appear until you already have to start running at them.
Enemies don't notice you shooting them and stare at you creepily very often.
The blue circle shows in front of trees a lot.
Trees sprout as you approach them. (Bad for vehicles)
Items on ground do not appear in Tab menu.
Can't drop things after they are selected without putting them in your inventory first.
No one yells "China Numba One" In the Lobby.

As others have said, it's a Unity-stock-asset-palooza of PUBG or Fo...