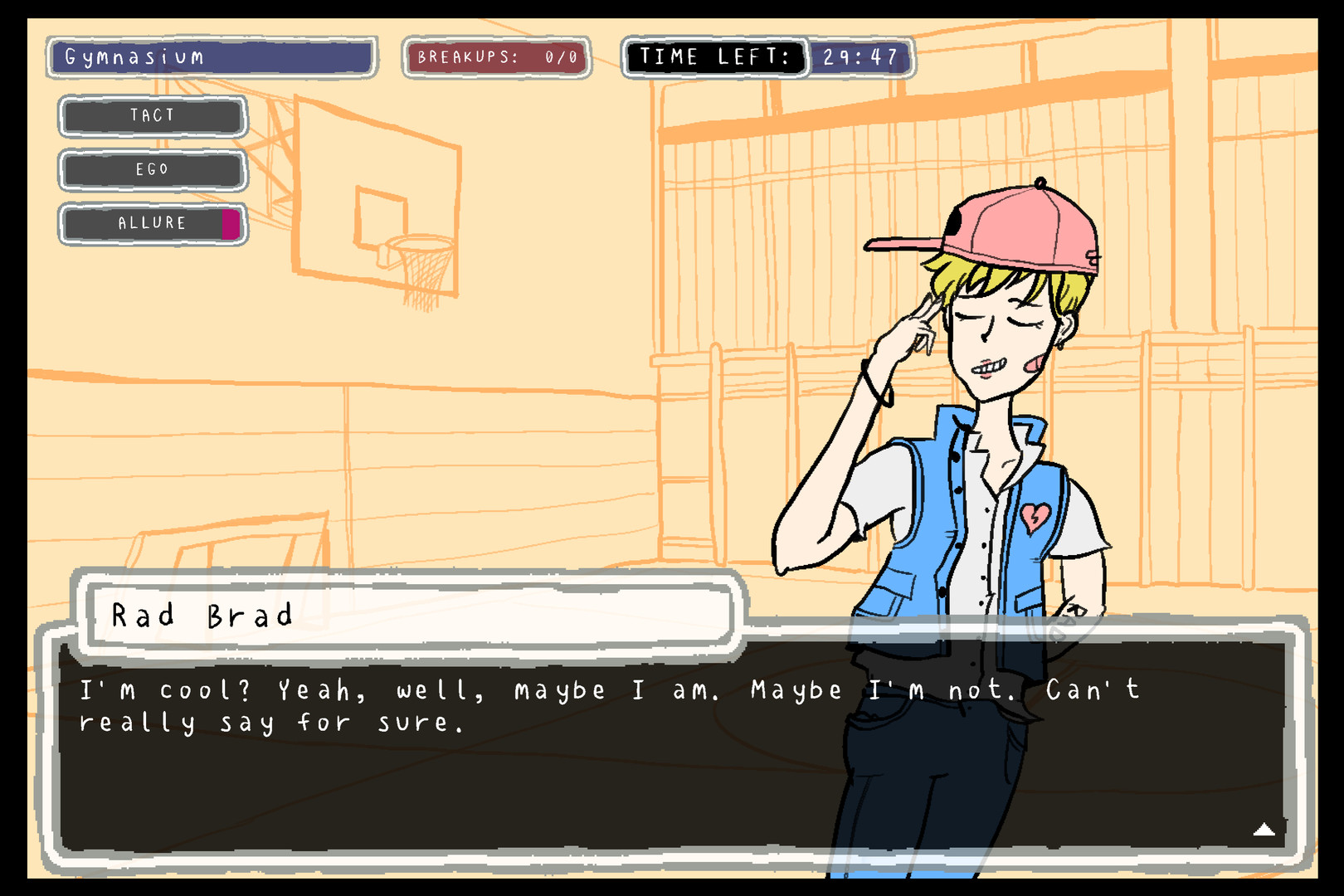 Imagine you're the most popular kid in school. So popular, in fact, that you're dating every single person in your class. The only problem? You've decided to break up with all of them, one by one.

Heartbreak High is an arcade-style spin on visual novels and dating simulators that asks you to break up with all of your high school sweethearts instead of woo them. A single play-through can be completed in one 20-40 minute sitting, with each break-up featuring a unique branching story path and lovable (or unlovable?) characters for you to crush beneath your feet over and over again.

If you couldn't already guess, it won't be easy. There's only 40 minutes until the end of the school day, and on top of that you must be careful not to act too cruel, too sexy, too selfish, and more... sometimes you'll have to stay tactful and sympathetic, while other break-ups will call for a somewhat firmer approach. It's as stressful as the real thing, baby!!!! And that's not even mentioning the various surprises and obstacles that'll get in your way!!!! 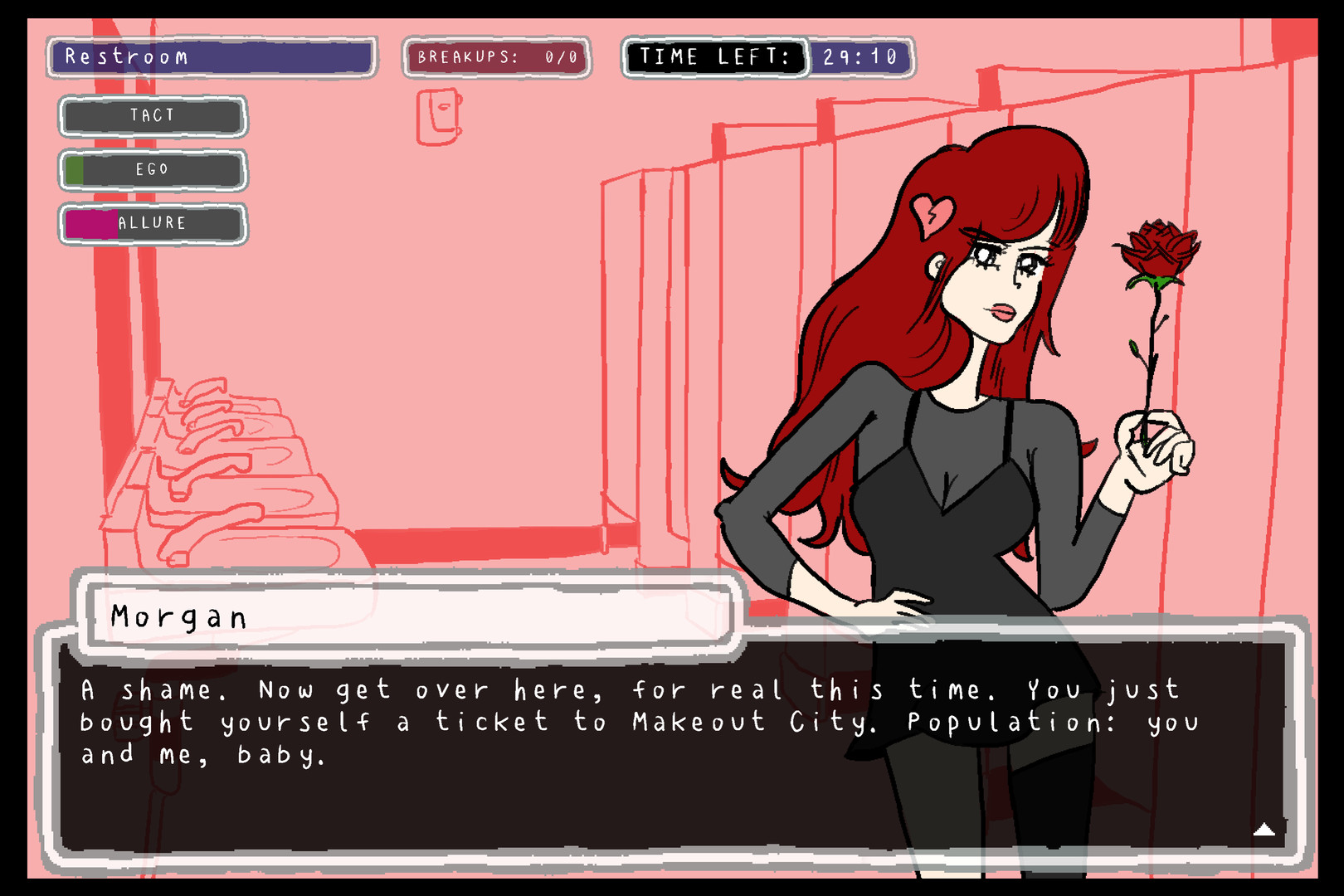 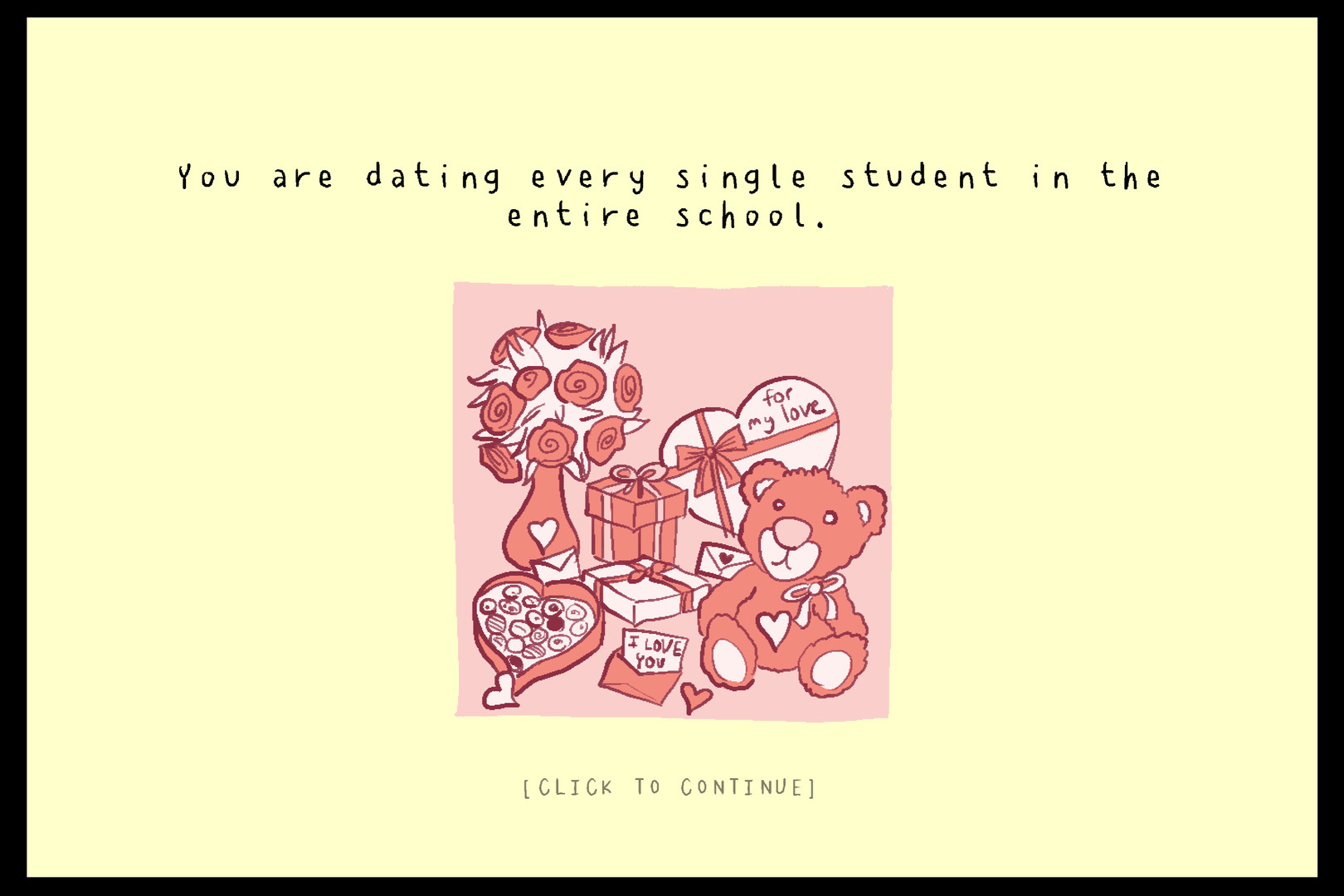 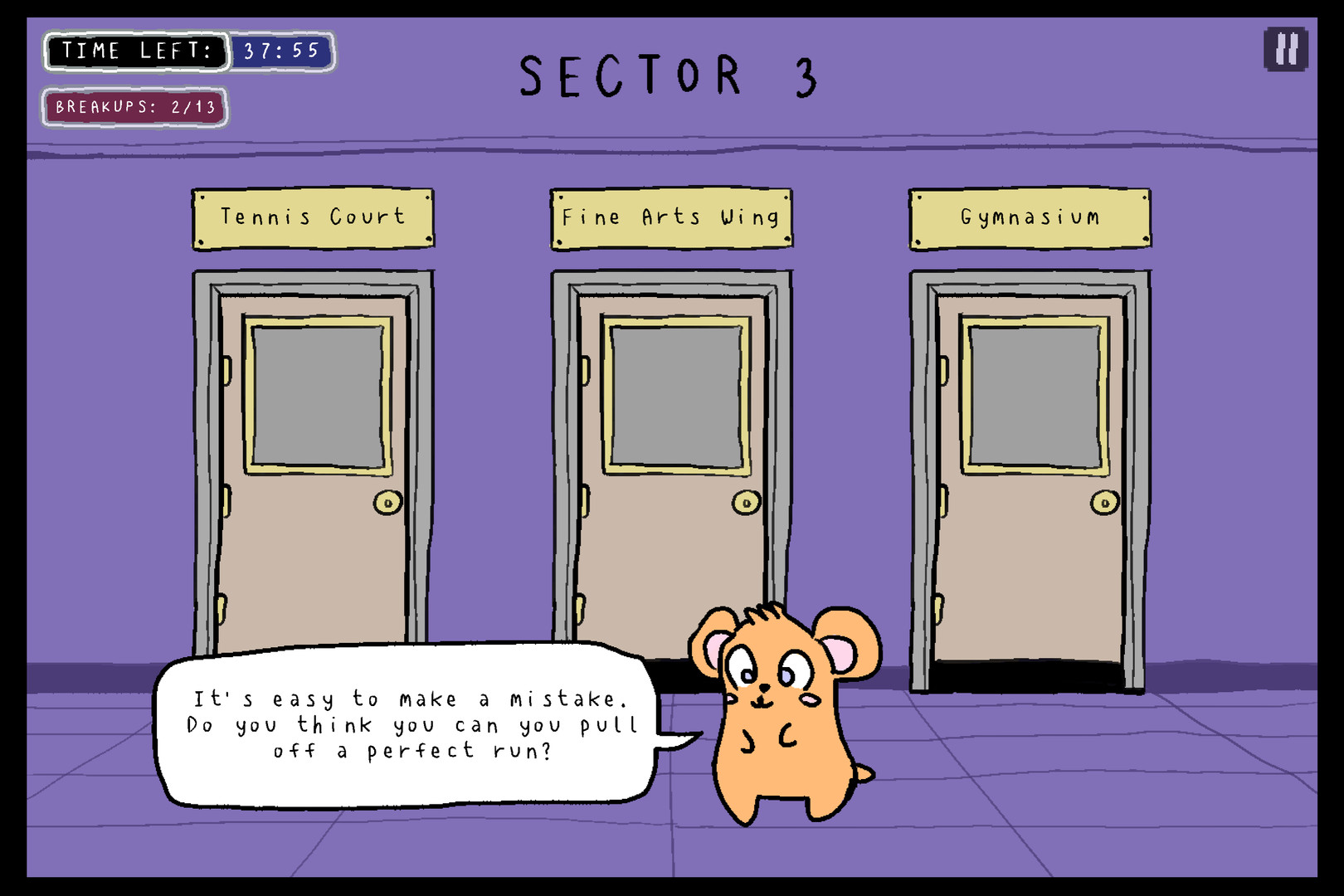 
It's broken, At the end of the game i cannot get past the first dialogue box. I looked through the community hub and apparently this is not a new issue! Dissapointed about its broken-ness because other then that its fun to play! Get the game if you're okay with having some dissapointment along with your entertainment.. Great game!. Loved it, very original and way faster-paced than I thought it would be :). This game is a good way to waste a little (or in my case a lot of) time. It has a lot of sad, funny, moments and will have you playing multiple times to see all the different endinngs. Anyone can date, but do you have the mettle to break up?! A witty and fun game that's more challenging than you expect with mini games to keep you on your toes. Love the writing, music, and art style but what I loved most is the fresh concept.. Loved it, very original and way faster-paced than I thought it would be :). Absolutely terrible game. I bought it because of the good reviews and because it sounded like it was going to be funny. It's definitely not. The humor is juvenile and the art is pretty awful. Apart from this, it seems to set you up to fail. There doesn't appear to be any way to win this game. The minigames are annoying and distracting from the main mission. The "soundtrack" (what little of it there is; as far as I can tell, there's only 1 song on it) is beyond grating, like really bad indie music from the mid-2000s. I can't believe they're trying to sell the "soundtrack" as DLC. I feel bad for anyone who bought it. Overall, a huge waste of money; it isn't even worth the $4.99 I paid for it. It's worth like 99 cents if that. Also, the ending was weird as hell and honestly just a case of random XD gone haywire. I want my money back.