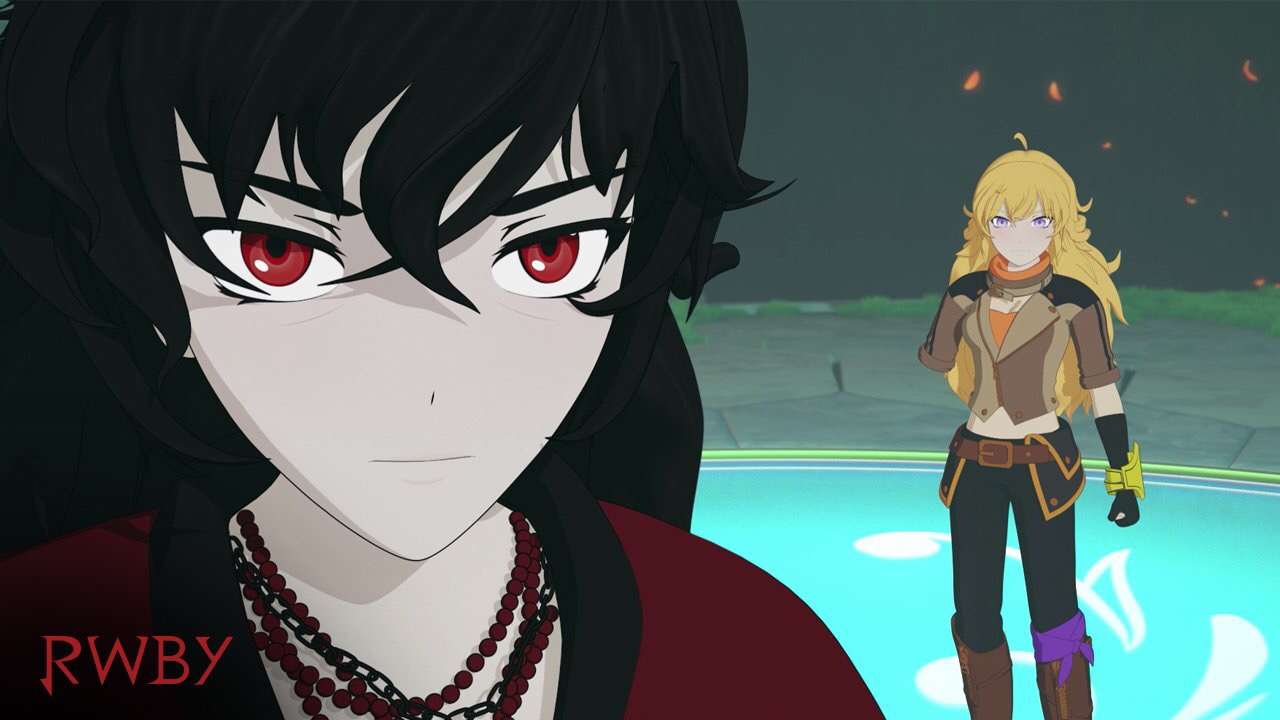 Emerald breaks down upon learning of Cinder's defeat while Adam and Lionheart flee, forcing Mercury and Hazel to retreat. Despite brief tension in Yang, Blake is welcomed back by RWBY.
The Final Episode Of Volume 5 was nostalgic when Ruby, Weiss, Blake, and Yang reunite from their separations. In this amazing episode of RWBY it was good to see Yang's character develop through this episode after finally learning the truth about her Mother Raven. From earlier episodes we got to see Blake's character develop into a more passionate character than the Blake from Volume 1 who was as silent as a Ninja. Two major characters along with other roles in the show portrayed great character development. The ending was very emotional and I hope to see Team RWBY return in Volume 6 for hopefully more adventures to stop Salem from taking over Reamnent.