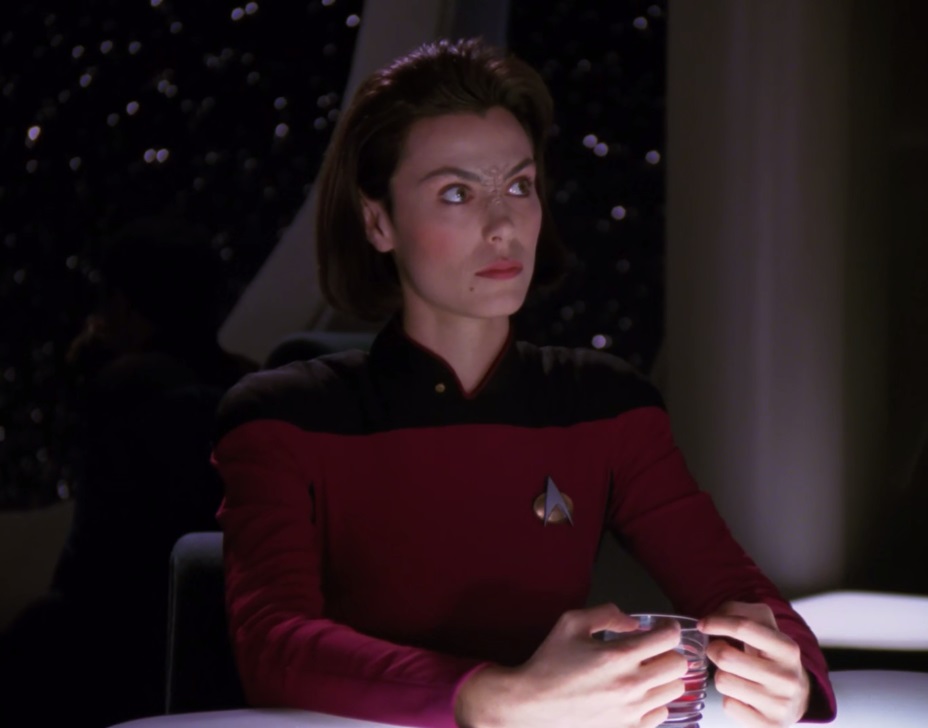 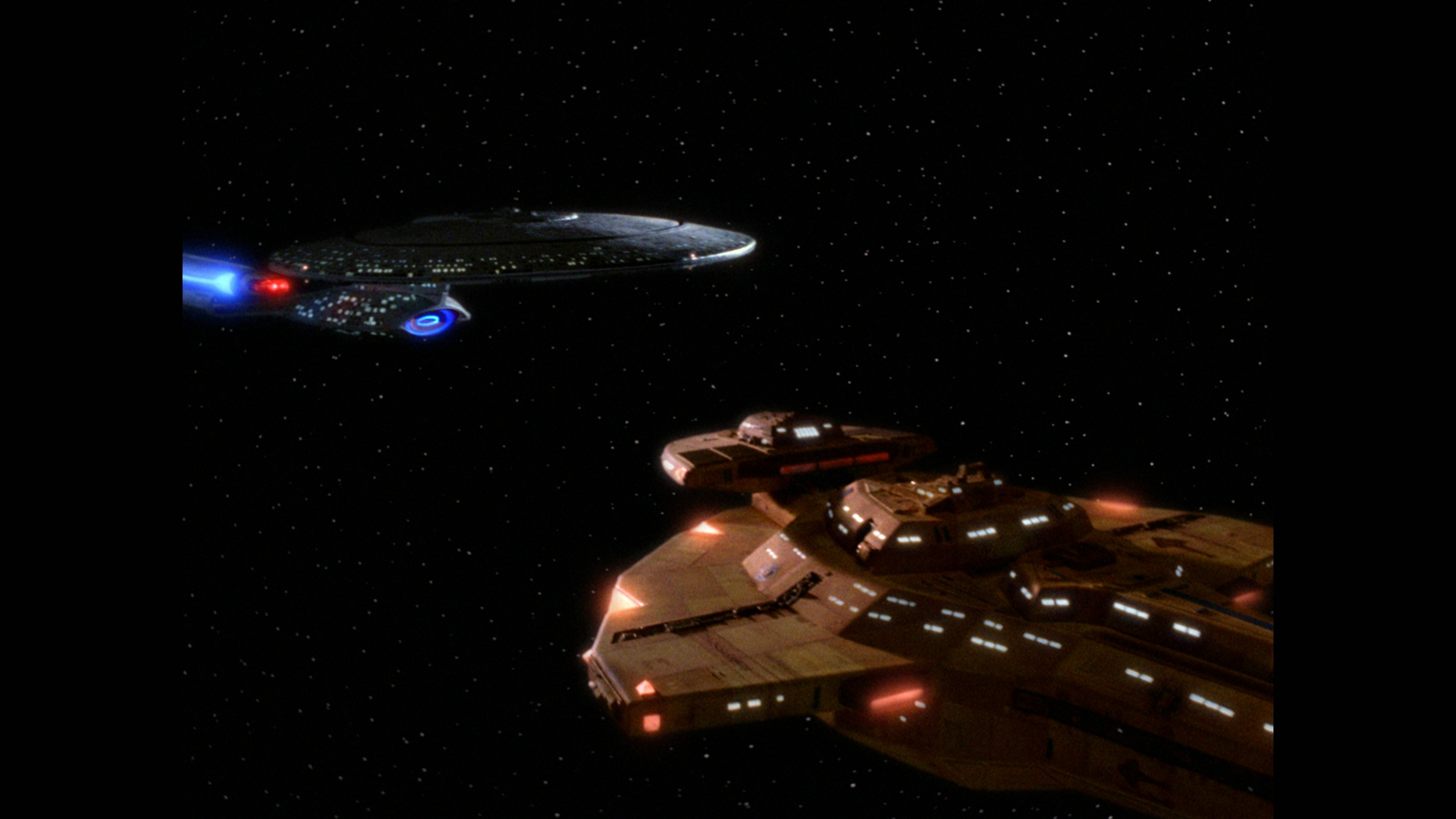 An emergency call from Solarion IV, a colony near the Cardassian-Federation border, is followed by Orta's space-ship's claim to have destroyed it as part of his Bajorian race's struggle to reclaim their ancient civilization's independence from the Cardassians. Admiral Kennelly decides the Enterprise's mission to settle that dispute peacefully requires a Bajorian officer and therefore assigned, without consulting Picard, female Ensign Ro Laren, whom he had to release from jail first, to the whole crew's dismay. After receiving blankets, the Bajorian refugee camp leader Keeve Falor arranges a meeting with Orta. There Picard finds former refugee Ro Laren came with a secret Bajorian agenda himself, but she tells him it's not just hers, the admiral is behind it. Then two Cardassian ships appear and their commander Gul Dolak demands the Enterprise delivers to them the ship of the Bajorians which the Enterprise is resettling as terrorists; Picard deals with the dark plot...
Picard and the Enterprise finds themselves in the middle of a possible war between the Cardassians and the Bajorans. The Cardassians and the Federation have recently signed a peace treaty and as far as the Cardassians consider the Bajorans are terrorists who have recently attacked one of their colonies. Picard very much doubts that the Bajorans have the capability of attacking and so sets out to prove it. The Enterprise has also taken on a new officer Ensign Ro Laren, a Bajoran, who has something of a reputation for being insubordinate. As Picard will soon learn, she also been sent aboard the Enterprise with very specific orders.
Having seen DS9 the picture painted of Bajor is completely different. This makes me question why they later came and took this storyline and reworked it into DS9. The "Bajora" as they are called have different noses. They do retain the same naming convention of last name first. Their earrings (at least Ensign Roe's) are on the wrong ear. The timeline seems to be correct, the Occupation was 41 years. They speak of the planet Bajor being occupied by the Cardassians in this episode as well, but they claim that the Bajora are an exiled race, not an enslaved one. They paint them as refugees wandering the galaxy looking for a home.

Previously I believe it was mentioned that the Federation had an alliance with the Cardassians. I don't see how the Federation would tolerate that kind of tyranny in a friend, but getting to the point, the basis for DS9 is here but it's all over the place. I don't understand why they didn't just make a whole new plan up for DS9, but I can't say I mind.

There is no mention of the wormhole, or the prophets.

This episode is definitely a little weird to watch after DS9. Still, from a TNG perspective it is a very good episode full of lots of action and twisting plots.

Trivia: Ensign Ro (Michelle Forbes) is more recently Admiral Helena Cain of the Battlestar Pegasus in the Battlestar Galatica series. She was also Dara the daughter of Timicin in Season 4 Episode 22, "Half a Life". We meet the Bajorans and the conflict with their arch rivals, the Kardassians. Ensign Ro who was court-martialed has been dumped into Picard's lap. She is to aid the Enterprise in the capture of a terrorist who supposedly has committed genocide in a Kardassian stronghold. She is feisty and incorrigible. She has little respect for her uniform but feels working with the Enterprise beats sitting in a prison cell. The Bajorans will become a significant force when "Deep Space Nine" appears later. This all takes place because an Admiral has been hoodwinked by the Kardassians. He is so stuck in his obsessions that he produces orders well out of his command. Picard, who is very careful to analyze before jumping to conclusions, begins to see that something is not quite right. He takes the time to find out what is going on with Ro. Her acceptance of and by the crew are critical to what takes place next. Guinan, who only appears when things are difficult to interpret, plays a major role in this episode. Make an effort to see this.