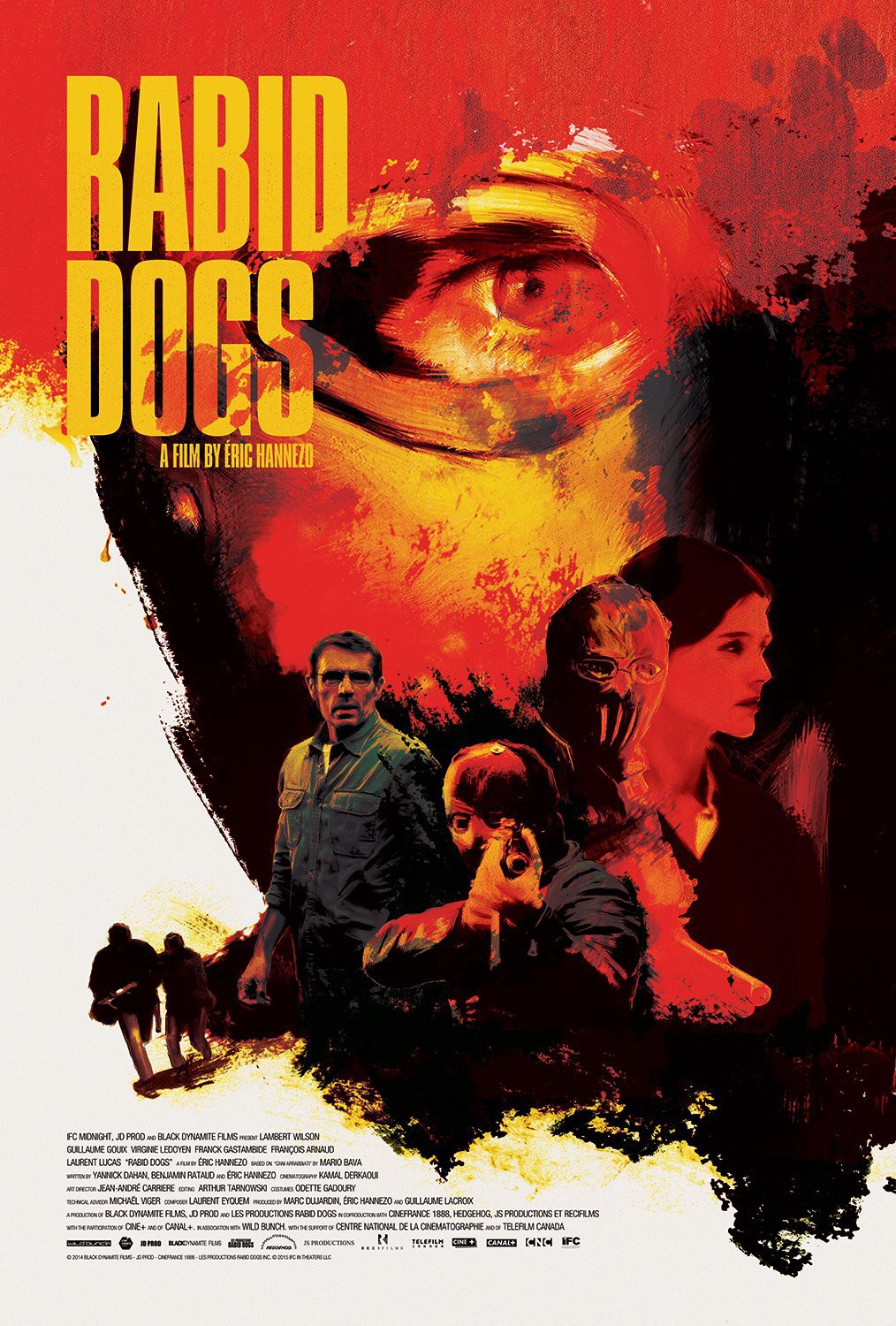 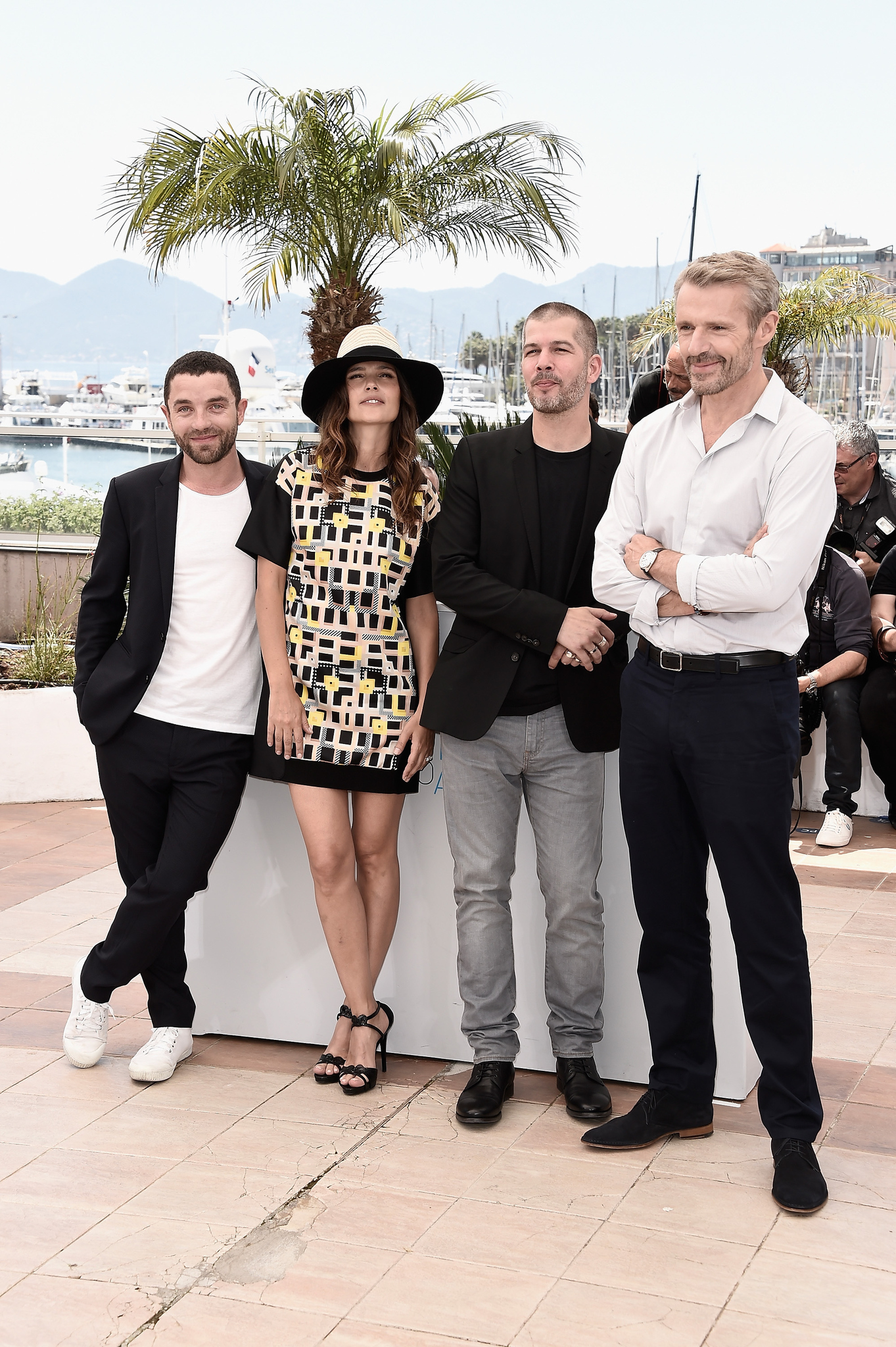 On paper, it was supposed to be a pure and simple bank heist; however, everything about this daring robbery in the heart of the bustling city went awry. Now, with a bag crammed with cash, a trail of dead bodies, and nearly every cop in town after them, the agitated gang leader, Sabri, and his two partners in crime are forced to think up a desperate last-minute plan to stay alive--even if it means to add kidnapping to the already heavy charges. In the heat of the moment, a young brunette, an unfortunate father, and his gravely-ill four-year-old daughter become the trigger-happy criminals' hostages, as the six of them engage in a frantic escape across the country over the course of a single day. But, in a hopeless fight for survival, nothing is what it seems..
After a bank job goes badly wrong, three desperate criminals take a young woman and a father and child hostage - it's the beginning of a frantic and violent road trip that not all of them will survive.
Like most horror/cult cinema fanatics, I don't like remakes. So when I heard there was going to be remake of one of the greatest movies of my all-time favorite director, I knew from beforehand that I would be even more skeptical than usually the case with remakes. "Cani Arrabbiati", a.k.a "Rabid Dogs" or "Kidnapped", was an ambitious Poliziotteschi/Euro-Crime project by the almighty Italian director Mario Bava (the most genius director who ever lived) and his son Lamberto in 1974, but due to legal issues and production company bankruptcies, the film sadly only got finished in 1997 long after Mario's death and the career peaks of Lamberto. Still, in spite of the juridical issues, it was one of the absolute highlights in its kind. I watched the remake (original French title: "Enragés") at the Brussels International Film Festival and I must say I was pleasantly surprised. Although by no means an exceptional or astounding film, but nevertheless a solid and compelling thriller with a tense atmosphere from start to finish as well as intriguing characters, gritty action sequences and an exhilarating soundtrack. Sabri is the getaway driver of a violent bank heist, but their scheme goes awry almost straight from the beginning. Sabri, along with his three companions, must dump the conspicuous getaway car and blend into the crowds of a shopping mall. But their leader is badly hurt and the blood trail that he leaves behind puts all the city's police forces back on their tail. While the number of casualties disturbingly mounts, the gangsters take an attractive woman hostage and run back out into the streets. They stop another vehicle, an inconspicuous old grey Volvo, which also give them two more hostages; a father who was on his way to the hospital with his unconscious 4-year-old daughter for a lifesaving kidney transplant. This is still only just the beginning of a very long, intense and nightmarish journey with numerous obstacles, deadly confrontations and unforeseen surprises. Although the trio of fugitive hoodlums succeeds fairly well in coming across as cruel and menacing (particularly Vincent played by François Arnaud) they honestly aren't even half as nihilistic, loathsome and vile as the thugs in Bava's original. Compared to Blade or Thirty-Two of the 1974 film, these guys are merely rabid puppies instead of dogs and thus also the overall tone of "Enragés" is less unsettling due to this. The violence is quite explicit but not too shocking, and only a couple of scenes are truly memorable, like the stop at the gas station or the showdown during the feast of the bear town-festival. The climax, however, is very well-handled and in case you're not familiar with the story you definitely will be dumbfounded, as there's no way anyone could predict this type of plot-twist. The acting performances are more than adequate, with respectable roles for Lambert Wilson and the still extremely attractive Virginie Ledoyen as the hostages, but my personal favorite aspect of "Enragés" was undoubtedly the soundtrack. The eerie and tense tunes are often reminiscent of a Goblin or giallo soundtrack, and near the end there's also a beautiful choir version of Radiohead legendary song "Creep" (which, I think, was also used in "The Social Network")
RABID DOGS is the French remake of an old Mario Bava thriller from the 1970s. The two films have the same set-up although the execution is very different. This new version is a dark and low budget thriller that focuses on half a dozen characters and puts them through the emotional ringer as the narrative progresses. I have to say that I was a bit let down by this movie. Not that it's intrinsically bad, because it isn't; it's a perfectly serviceable film and one that passes the time quite well. No, the problem is that I've been spoilt by other French thrillers in recent years: the likes of SLEEPLESS NIGHT, MEA CULPA, and THE PREY have all been exemplary, fast-paced thrillers that burned brightly with intensity. RABID DOGS feels weak by comparison.

There are some lively action scenes here for sure, and quite a few good twists. However, in between the strong stuff are some other scenes that feel dragged out and more than a little repetitive. It doesn't help that the characters are rather clichéd despite the efforts of a strong cast looking to bring them to life. The whole film needed to kick up a gear, to be more intense, more dramatic, more edge-of-the-seat, and then it could have been something really special. Instead the viewer is treated to Lambert Wilson (THE MATRIX RELOADED), Virginie Ledoyen, Francois Arnaud (THE BORGIAS) and Guillaume Gouix (THE RETURNED) trying their best but in the end making something rather ordinary. If you can endure the messy slaughter, with a body count in double digits, the plot is not without its rewards.