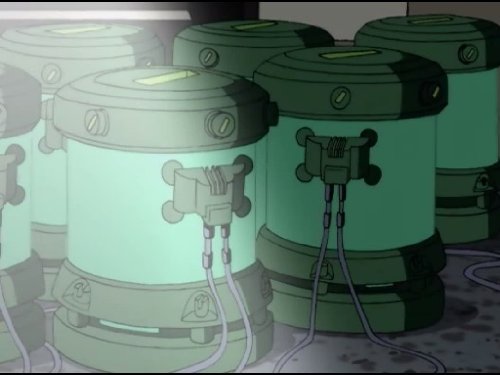 Fearing that Riddler will make good on his threat to destroy the city, The Batman and Detective Yin's secret alliance is put at risk when they must work together to solve a string of riddles that have been scattered throughout Gotham.
So Riddler has gone from being a criminal that themes his crimes around riddles, to a hacker that's willing to kill to get what he wants. That's a great change. Somehow by modernizing Riddler's motives, they've given us a brand new character. This Riddler's more cunning, more sinister, and more powerful thanks to his ability to monitor whatever's going on. This is probably Batman's greatest challenge in this series so far, his foe isn't super strong, super agile, or super crazy, he's super smart. Robert Englund owns this version of Riddler. This character is his, and he's never gonna give it up. His performance alone is reason enough to love this! The right amount of thrills, mystery, tension, and suspense in order to make a classic episode.
This show managed to make the Riddler not only not seem ridiculous, but genuinely threatening. His plot is more than revenge or to prove his own superiority, but to use the complex riddles and traps to lure not only the police, but Batman away form his true goal, the on-site hacking of the city database and all of it's valuable information. His traps are unique and seem real, like bombs hooked up to hourglasses, or to a piano, or a van with a camera and puzzle. It also shows the Riddler's intelligence, by showing him deduce that Batman was helping Yin. As well as the fact that the classic Riddler vanity and need to outsmart his opponents is still his achilles heel. The casting of Englund was a genius move, for not only does he sound intelligent, but quietly ruthless, as well as the many labrynthine sequences fitting to the most well known parts of Englund's career.