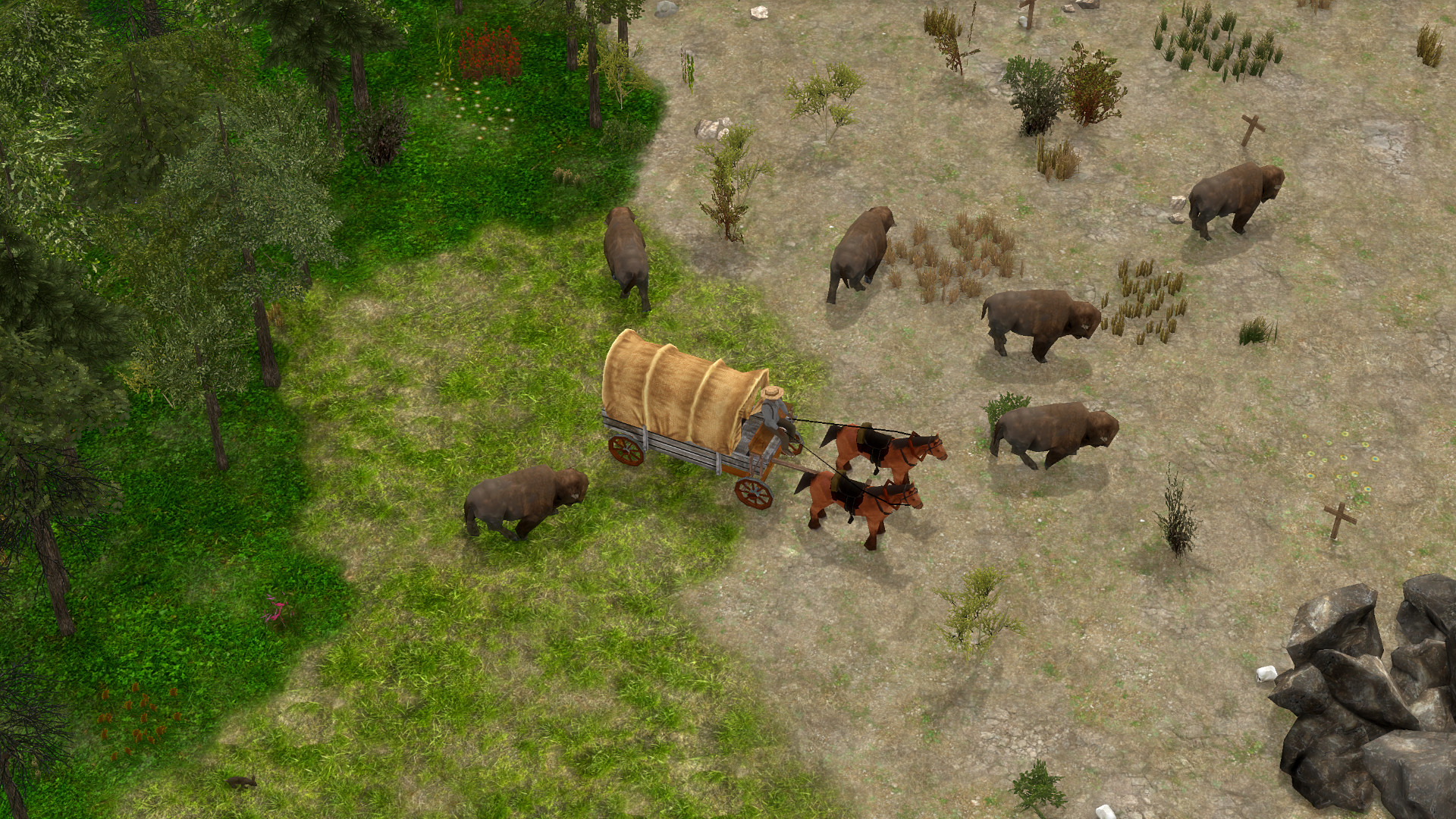 In Depraved you are the leader of the pioneers in the Wild West. You are about to start your adventure in a procedurally generated world with only one carriage full of resources. Select a suitable place for your first settlement and procure building materials from mother nature or by trading to create a new home country for your residents. The happier your residents are, the faster your town will grow.
Supply your residents with food and water, so that they won't starve or die of thirst. Protect them against the weather and against illnesses by supplying them with clothes and fire wood.

You will have to face numerous dangers. Storms, illnesses and bandits will strike at you, and also your own residents can become a danger, if you do not meet their needs. Are you ready for this challenge?

The residents of Drepraved have needs. Their basic needs are hunger and thirst which you can satisfy with food and water. In addition, every population type needs another food source. If your population type experiences a shortage of food and the preferential food is not available, you can nourish them with an alternative food source - however, this will affect the mood of your residents in a negative way. Unhappy residents commit raids and other criminal offenses or simply leave the town.

The Wild West is dangerous! Dozens of challenges must be faced. There are different areas in which your residents can settle down - however, each of them is known for its own challenges. While in the desert the food and water supply remains a difficulty, in the snowy areas you can only resist by a constant supply with fire wood.

Another danger comes from the surrounding animals. Even if most animals avoid humans, you should be cautious with wolves or bears. They can cause heavy injuries to your residents or kill them. 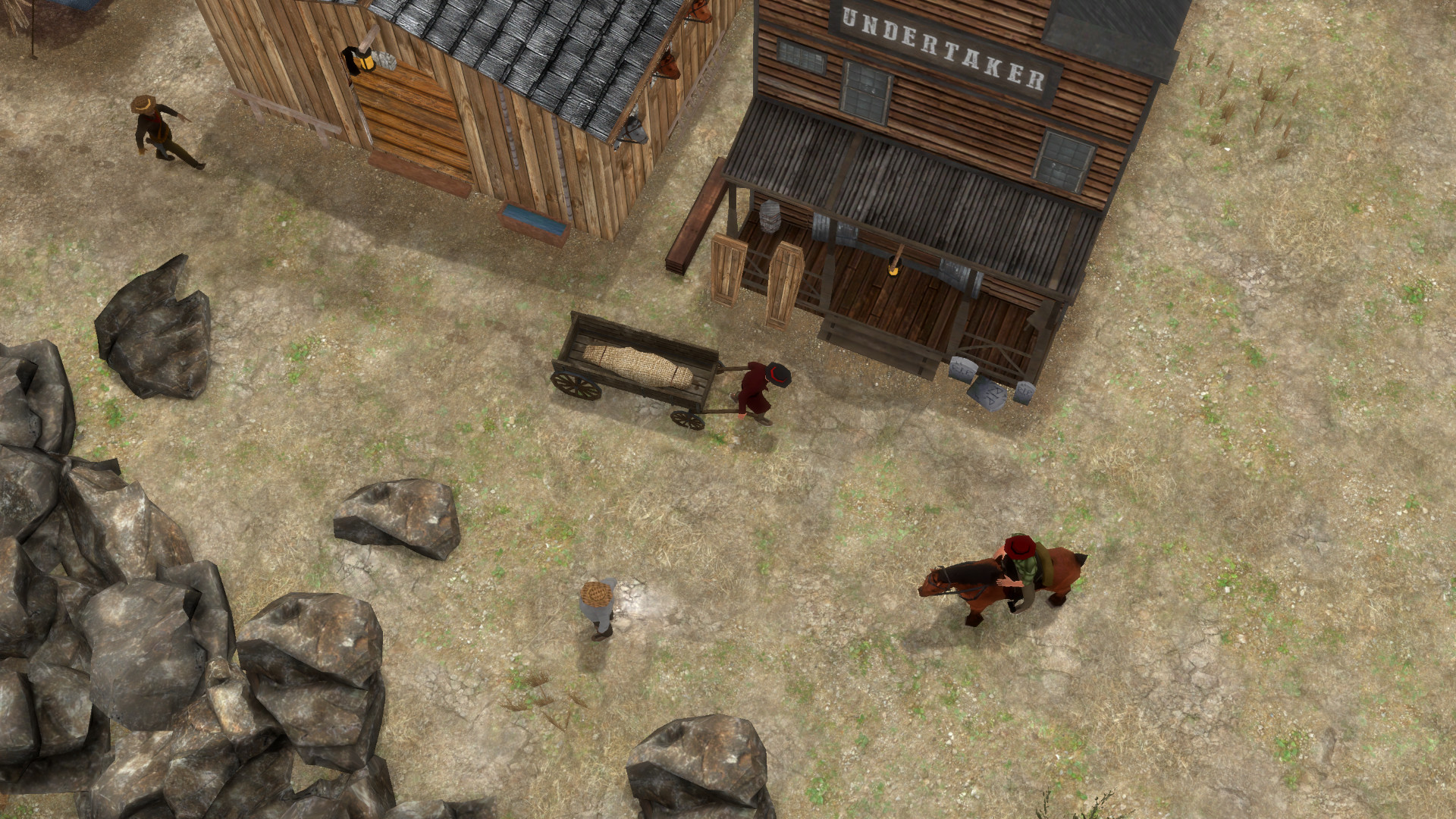 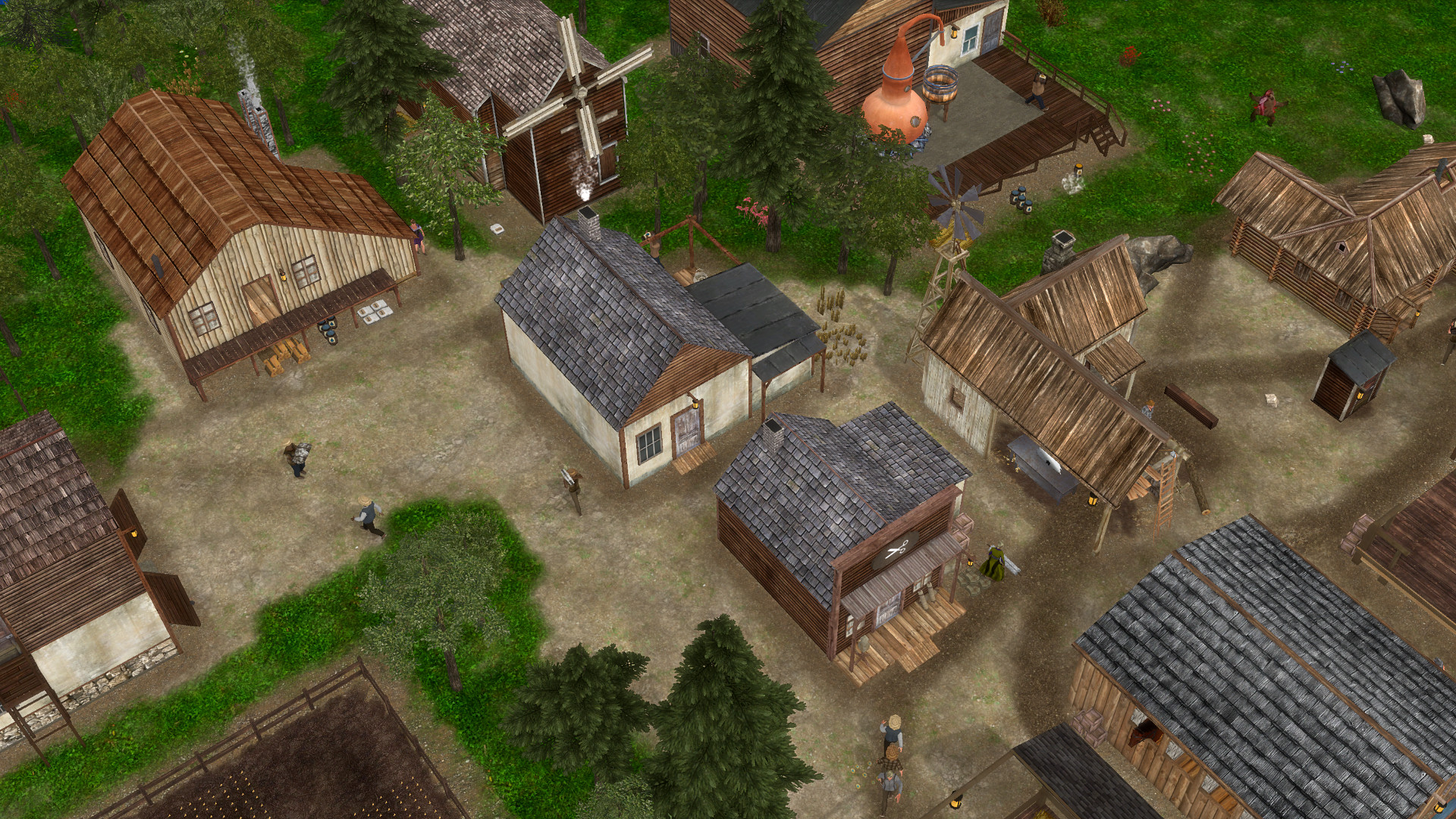 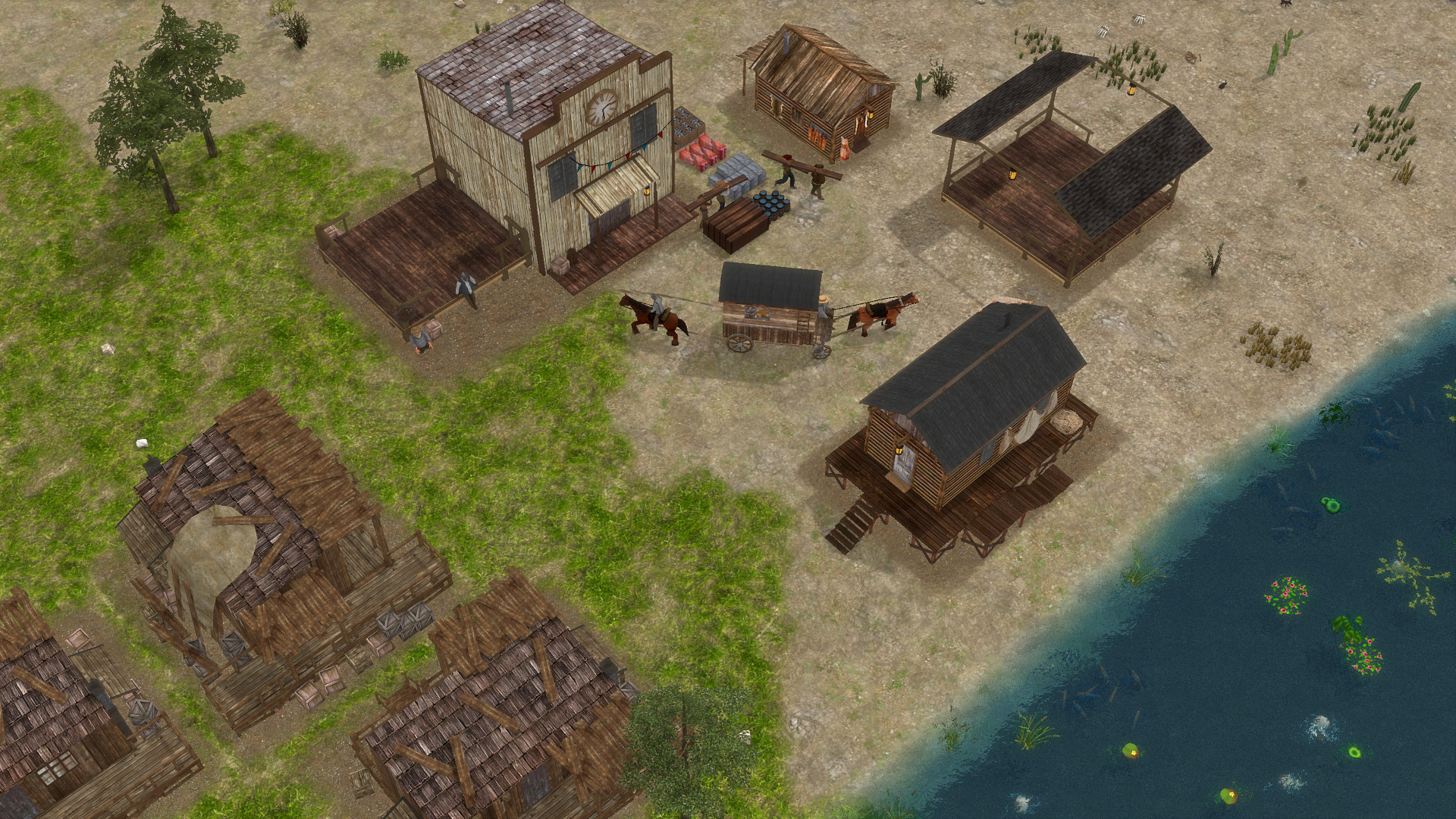 
Really love city builders. And while only playing for 1.2 hrs I could really recommend it to others.. An really fun game i must say it gives me a mixed feeling of Age of empires and banished :D There are some bugs sutch as the trainstation being hard to place, I think it should be snap able or something to make it alot easier, and a bug with the vilagers going around in cirkels etc. But with some inproving this game would be one of the best games i ever played! thanks for making this awsome game that i have been waiting for since april xD. Next thing I knew it was 8 in the morning, this game is great for playing hours on end.. I've played several more hours than are shown on my husband's account. I love this game! To me it's like Oregon Trail on steroids. I love sandbox games and this one is no exception. I adore it so much I went and bought the soundtrack to help support the developers. The only thing that would make it better is if I could play it on my laptop. With a computer that can play Shadows of Mordor, I didn't expect that this game wouldn't work for me. I can get it loaded, it just lags horribly. The FPS is enough to make me cry. So I play it on my husband's computer for now.. Very nice game w/a lot going for it. A campaign mode that would introduce players to the game gradually would be a big help, as would streamlining how buildings are erected.. I would give this game a neutral review if possible. The game play is okay. It is a slow progression game, you will find yourself hitting the fast speed button a good bit, just waiting for buildings to be constructed. The characters move at a snails pace and will get stuck sometimes and not able to find the route they are working on. I also found a character with the name♥♥♥♥♥"...." The devs may be homophobic, but for now i will give it a thumbs up.... i guess. I love this game! The theming is awesome. What I like best is the level of detail in the animations. It's just fun to watch how they go about their tasks. The artwork is lovely as well. The bandits & wild animals keep you on your toes so it never gets boring. You actually have to manage the game. There isn't a whole lot of down time where your just sitting there waiting for something to do like a lot of management games. I would like to see either a tutorial, prompts, or hints that tell you how to do things. It can be fun to figure things out sometimes, but it can be frustrating for some. Overall, its an awesome game.. The game plays a lot like Kingdoms and Castles. This game has some different elements to it that make it different from KnC. The game is fun to play if you enjoy base managemnt, survival, and open world games.
It took a little bit of time to get into the game, but when I did it was fun.. Fun,Simple,Grows on you game play...