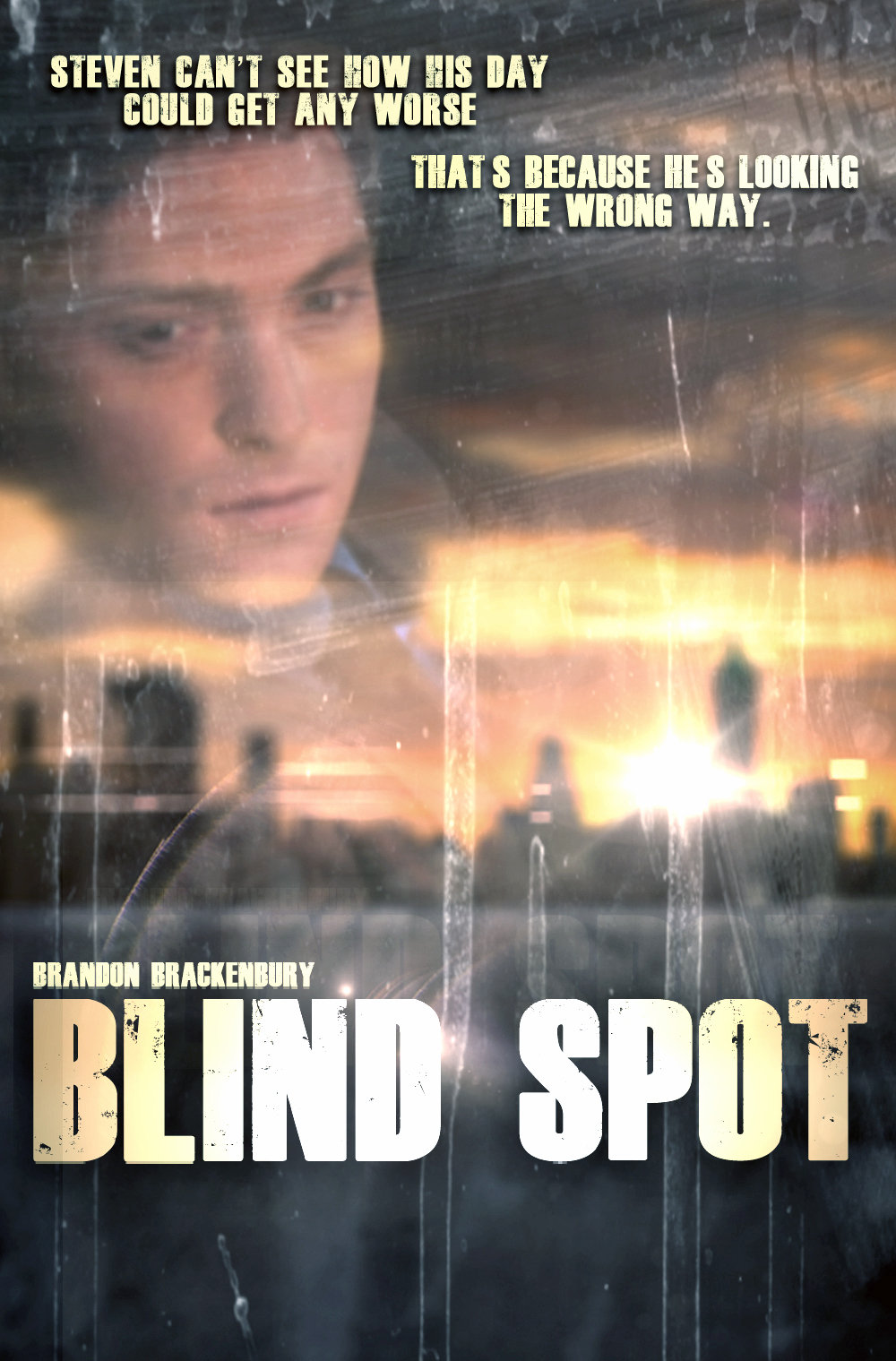 While driving, a man talks on his cellphone, unaware of what's going on to the left of him.
The entire content of this short film is basically a guy on the way to an airport trying to change a flight from 7am tomorrow to be 7pm tonight. He has been bounced around the call center departments several times and we join him in the middle of yet another dead end. As he fights his way through customer service and traffic, he is so distracted that he cannot see what is happening on the edge of his vision.

There is no point in trying to pretend that the message of this film is pretty obvious and a bit patronizing in just how simple it is; ie we are so tied up in the busywork of our own lives that we cannot even see the world literally burning around us. This is the message of the short and luckily it tries to deliver it in a more interesting way than could have been the case. Here we have an one-take deal with actor Brackenbury doing a good job of keeping it going and being natural. In the background of this scene we have a disaster subtly unfolding with smoke and fire far in the distance. The viewer is drawn into both but Steven is focused on himself. It is nicely played and appreciated the subtle nature of it but I did still have some problems.

OK, the point being made doesn't really apply to the situation we see – it is a comment on the bigger picture of the world suffering, people dying in other countries, inequality everywhere but yet we sit with our own problems in corners of privilege and do not see it or want to see it. It is a fair point but by making it a cityscape, particularly with a collapsing tower, it is hard not to think of 9/11 and then to remember that actually the whole world saw this and the whole world watched it all – it was never in a blind spot from the very start to, well, years later when that one event continues to shape our world.

Technically it is very well done and it does engage in the foreground and background, for sure it could have made the same point with a lot less subtlety and I appreciate that it at least tried. It doesn't quite cover the rather pat nature of the message, but it almost does and is worth seeing for that effort but also the single take it was made in. When I saw this film at the 2012 Boston Science Fiction Film Festival, it stood out from the crowd. Its a delightfully executed story of a guy stuck in traffic, having his own personal customer-service-from-Hell experience while on his cell phone. As the story progresses, his internal focus on his problems becomes increasingly humorous as the magnitude of events outside his car become evident.

The film begins without title or credits, which was an immense bonus for me since I did not know the title when I saw it. Given the final moments of the film -- which I will not reveal here -- putting the title at the end was a stroke of brilliance. I split a gut laughing: it was SO apropos.

Obviously, anyone reading this review DOES know the title of the film, but if by chance you are a festival organizer planning on showing this film, DO NOT reveal the title beforehand; it'll make the experience that much more fun. And for those of you who DO know the title but have yet to see the movie, don't worry: it'll still be a funny and entertaining ride.

Kudos to Brandon Brackenbury for a fine single-shot performance.