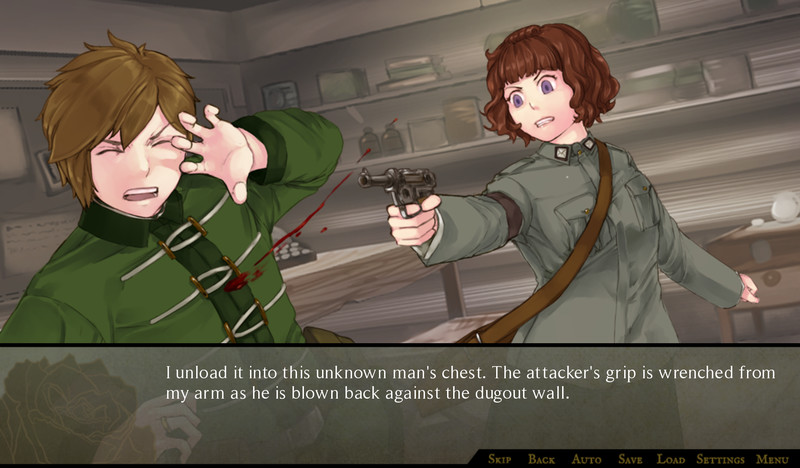 
As neurotic Postal Corps volunteer Elfriede Rauss, you walk the trenches with the men of a lost generation. And amidst the chaos and brutality of the front lines, you encounter an obstacle that you are absolutely and categorically not prepared for: love.

Rich, Narrative-Driven Experience - Act I sets in motion a twisting trench opera of conflicted loyalties and life-changing decisions. The events of the first act are brought to life by 20 pieces of original CG artwork.

Diverse Array of Bachelors - Pick your love interest from a large and varied cast, spanning childhood friends, aristocrats, corporals and cowards. Act I introduces 11 main characters; Act II introduces an additional 8. (A total of 16 are available as love interests.)

Intricate WW1-Inspired Setting - Investigate a grave turning point in the continent’s history as you journey across the towns and battlefronts of the First Lassallian War.

Battle of Wits System - Argumentative boss battles that pit your emotional literacy and persuasive power against enemies and allies alike.

Estimated playthrough time for Act I (Never Such Innocence) is roughly 3 hours.
Act I is a significantly-updated version of the early WIP demos from 2015 and 2016. b4d347fde0 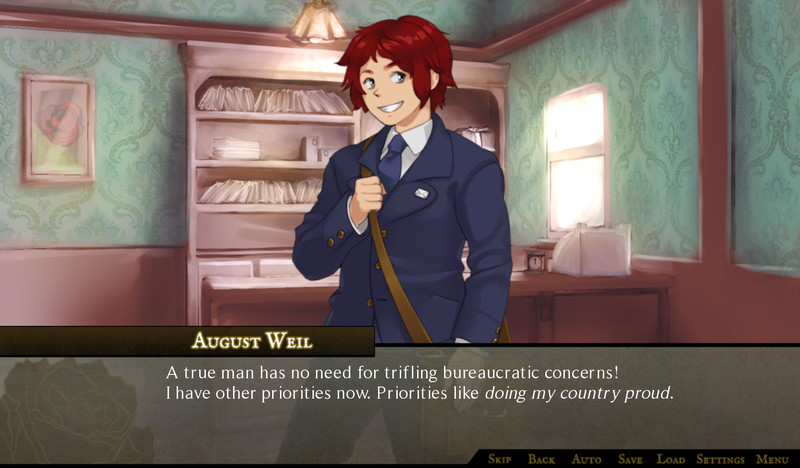 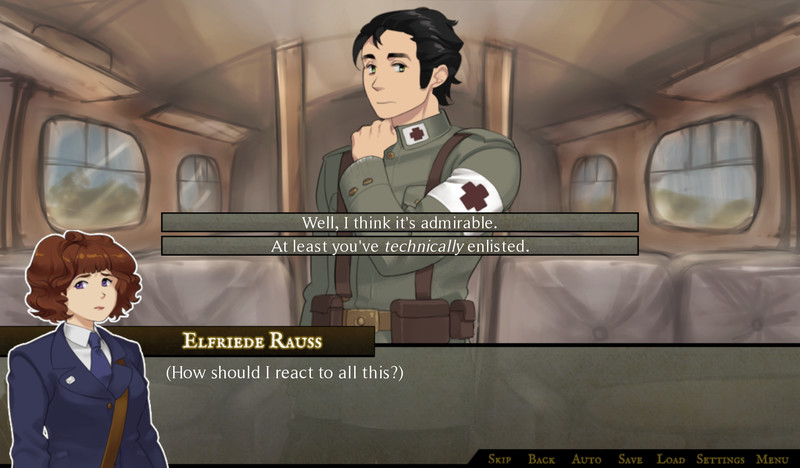 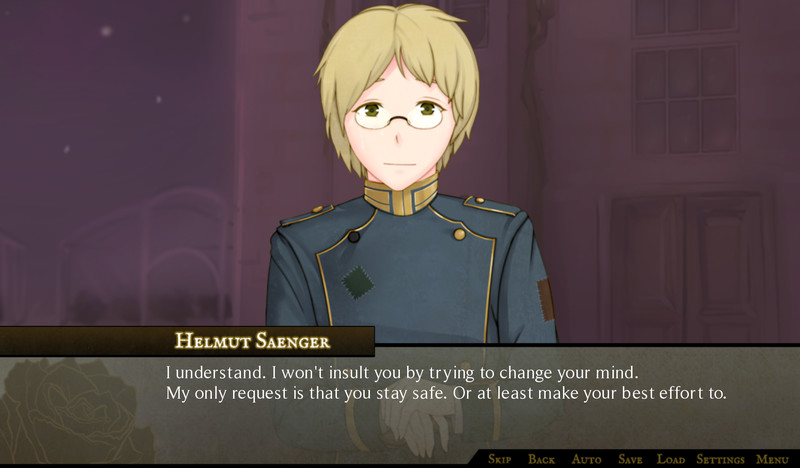 
I'm so glad to see this game come out for release! I have been following its development for years, and always love reading its updated versions. The witty dialogue makes for laughs, and its melancholy setting brings me to tears. Quite the lovely game that an otome fan that demands a bit more grit would love!. While I have been waiting anxiously for this game to come out for years due to its unique storyline and well though out characters, I can't help but be really disappointed with Act I. The bulk of the game is essentially the free demo and maybe 30 minutes play time after that with an extremely short scene (around 5 minutes at best for each) with your selected romantic interest at the end. While I was really upset with the shortness of Act I, I'm still hopeful that Act II will have more CGs and actualy scenes.

This is not to say that the game is not good because it truly is. I just feel really upset with how little content this game has (even if the price is low).. i really like this game. there is a lot of dialogue and i enjoyed it. This WW1 setting game is a lot different than traditional Visual Novels. and there is quite a twist at the end.

its a nice breath of fresh air from the other games ive VN games ive played in the past. this game focuses a lot about the struggles the main protag has and alot the others around it. its worth a buy.. I really enjoyed this game and am immensely looking forward to the next acts.
The writing is very well done and I appreciate how the setting is handled, it really reflects a wide variety of attitudes at the time without getting too involved in meta knowledge and hindsight. I am so happy that this type of story can be done in games with such skill.
Elfriede is a wonderful protagonist and I enjoy her relationship with all the different other characters. I already have my favourites, e.g. Marius, Horst, (<_<...>_> Wolf), but I can't wait to see how it all shakes out for every single one of them.

I only have one quibble and given how little content it represents it should be a minor one. However, I know that some people are all about them CGs in VN, so here goes: The CGs are not on the same level as the sprite art. While they have a lot of character and variance in their sprites (where it is arguably much more important anyway) the characters look incredibly same-faced and wooden in the CGs towards the end. The first two CGs are great! As said, minor quibble for me, but others might care more.. Incredibly well written and well paced. The tone is well executed - dark and shocking, which is expected from a war story, but not pointlessly gritty and not wall-to-wall bleakness. It's not heavily romance focused (yet?) but it's warm and even tender when it needs to be. Even though most of the characters are likeable, the story seems unconcerned with presenting them as objectively good people (one of the characters states that they're a Malthusian) which I think is fitting for a game like this. The art is hit or miss but it's never downright ugly. eugen is good boy i love him. I enjoyed the game a lot; it was well researched and had amazing writing, with the art being appealing too. I really wish they had just released the whole game as one though because act 1 is just like a prologue to the real story, and if i remember correctly, is exactly the same as the demo. I played the demo ages ago so not sure why this counts as act 1, like i said, it is like an introduction rather than an actual part of the real story. I really hope act 2 comes out soon as it ends on a cliffahnger and i have waited ages for this to come out.. Impressively well-written, every line is so informative so efficiently in a quaint old-timey dialect, the heavy topic is carefully balanced and accentuated by much-appreciated humour that always hits and is very endearing to characters that are already very likeable and whose roles are a great, varied portrayal of pretty much every type of person that could be in this situation and really do feel like their own individual with thought processes that are well-founded. Elfriede is a lovely, silly yet smart protagonist and a breath of fresh air in the otome genre, or any media for that matter. Revolving the story around the instigator to the south is also a refreshing way of handling a topic many are familiar with. Uniquely charming and thoughtfully crafted.


Wishlist Act II!:
The store page for Because We're Here Act II is now up, meaning it's available to wishlist! (LINK)

Act II is titled Live and Let Live, and is the longest of BWH's four acts, at an estimated 6-7 hours. It's scheduled for release in June - I’m working off the provisional release date of the 20th.